Reimagine Everything: Retail Drug Prices Have Increased Faster Than Inflation for at Least 12 Straight Years

A recently released AARP Public Policy Institute report shows that retail prices for a combined set of 754 widely used brand-name, generic and specialty prescription drugs increased by an average of 4.2 percent in 2017, well above the general inflation rate of 2.1 percent for the same period. This marked the 12th year in a row of often-substantial drug price increases. 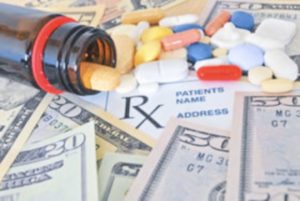 Prescription drug price increases affect consumers, employers, private insurers and taxpayers who fund programs such as Medicare and Medicaid. Spending increases driven by high and growing drug prices will eventually affect all Americans in some way.

“Prescription drug prices are out of control. Our report tracked price growth in prescription drugs for 12 years, and every single year, those price increases have been higher than the rate of inflation,” said Debra Whitman, executive vp and chief public policy officer at AARP. “It’s shocking to see how much lower drug prices would be today if price increases did not exceed the rate of general inflation. Instead, older Americans are struggling to afford the medications they need to stay healthy.”

price growth for brand-name and specialty drugs more than offset price decreases for generic drugs. In 2017:

“The average annual cost for a prescription drug is simply too high — at nearly $20,000, it’s rapidly approaching the median annual income for Medicare beneficiaries,” said Leigh Purvis, director of health services research at AARP Public Policy Institute. “Patients often end up paying for high drug prices more than once: through their out-of-pocket expenses and, later, with higher health-care premiums and cost sharing. Our report demonstrates, yet again, why we need Congress to pass long-term, meaningful reforms that will help rein in the outrageous prices of prescription drugs.”

If these trends continue, older Americans will be unable to afford the prescription drugs that they absolutely need, leading to poorer health outcomes and eventually higher health-care costs down the road.