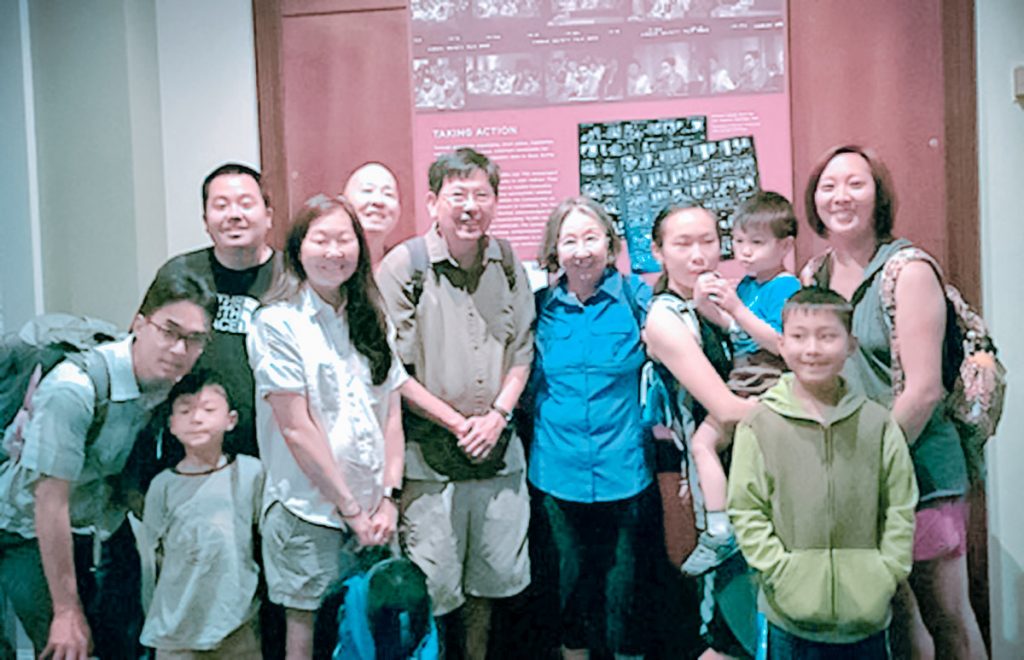 Although the space is relatively small, the Smithsonian Museum of American History’s “Righting a Wrong: Japanese Americans and World War II” exhibit begins with the story of the bombing of Pearl Harbor, features the original Executive Order 9066 document containing President Franklin D. Roosevelt’s signature, as well as documents examples of life in the camps, resettlement afterward and culminates with the signing of the Civil Liberties Act by President Ronald Reagan on Aug. 10, 1988.

For the thousands of individuals who have already viewed the exhibit, many are receiving their first encounter with this part of U.S. history.

For others such as Floyd and Ruthie Shimomura and their family, it was the opportunity to bring together three generations of their clan to the exhibit and infuse the younger members of the family about their family’s story and struggle that their relatives experienced during World War II.

Good news was announced at the Smithsonian reception during the 48th JACL National Convention, which was held in Washington, D.C., from July 6-9.

The “Righting a Wrong” exhibit has been officially extended to December 2018, which means that you and your family can plan a visit and follow the example of the Shimomuras by traveling to the nation’s capital to enjoy the city’s many museums and monuments, as well as bring a bit of family history into your lives by stopping in at the Smithsonian Museum of American History.