City’s homeless department wants to turn the hotel into a permanent homeless facility.

With the clock ticking toward a deadline to apply for federal funds administered by California’s Project Roomkey, the latest development concerning an imminent plan by the San Francisco Department of Homelessness and Supportive Housing to buy a Japantown hotel and convert it into a permanent facility to house homeless people saw Supervisor Dean Preston announce his opposition to the bid.

Via social media, Preston shared his opposition in a Sept. 9 letter to the HSH, which in mid-August announced its proposal to buy the 131-unit Kimpton Buchanan Hotel, along with the 52-unit Mission Inn, the 25-unit Eula Hotel and the 160-unit Panoramic.

According to reporting by the San Francisco Chronicle, Preston instead urged that the Majestic Hotel at 1500 Sutter St. and the Gotham Hotel at 835 Turk St. be considered. If purchased by the city, the two hotels would add 174 units to support the homeless population. 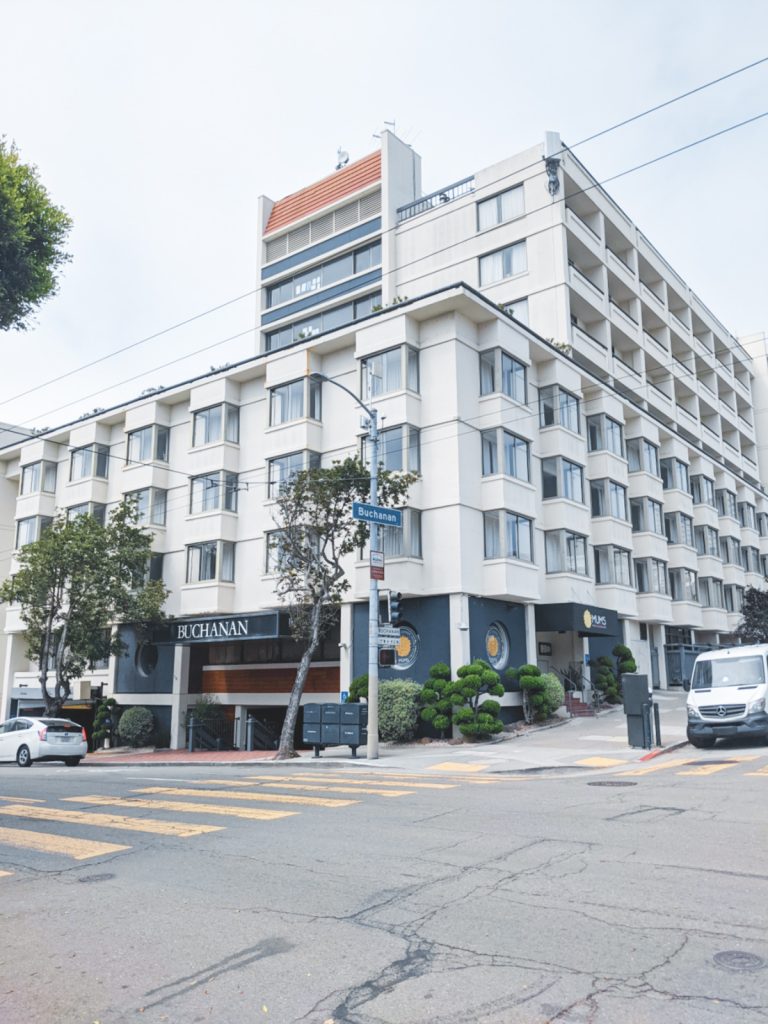 The Buchanan, as locals refer to it, is located at 1800 Sutter St. in San Francisco’s Japantown. It is in Preston’s District 5 and has been a temporary shelter-in-place hotel since June 2020 due to the pandemic.

As part of its plan, the HSH invited community outreach and public comment via a public Zoom meeting on Aug. 26, which resulted in complaints that there was insufficient advance notice for the meeting. Because of the ensuing uproar, a second Zoom meeting took place on Sept. 8.

During the meetings, J-town residents, community activists, business owners and nonprofit service providers voiced their opposition to a permanent facility in the district for homeless people.

One reason for the opposition was economic: the potential loss of revenue, including tax dollars, due to a decline in spending from tourists who might stay at either the Buchanan Hotel or the district’s other tourist hotel, the Hotel Kabuki. (Japantown businesses have depended on tourism since the district was redeveloped in the 1960s and ’70s.)

In a San Francisco Chronicle article, Japantown Merchants Association President Richard Hashimoto was reported to have said that at least 12 of 300 area businesses shut down during the pandemic.

An online petition (tinyurl.com/naua592j) titled “Stop the Sale of Hotel Buchanan in Japantown” was launched in late August by Zee Tanaka with the goal of reaching 7,500 signatures.

Despite the Project Roomkey deadline, the vehement opposition to the plan to convert the Buchanan into a homeless shelter saw the office of San Francisco Mayor London Breed on Sept. 7 announce that it would postpone a decision and give officials a few more weeks for community outreach.

Since 2014, the Buchanan has been owned by KHP Capital Partners, which, according to its website, is a “real estate private equity firm focused on investments in boutique and independent hotels.” Before KHP purchased it, the hotel has operated as Kyoto Inn, Miyako Inn and Hotel Tomo.

In spite of a stated goal to buy four hotels in San Francisco, the costs to buy the hotels have not been disclosed.