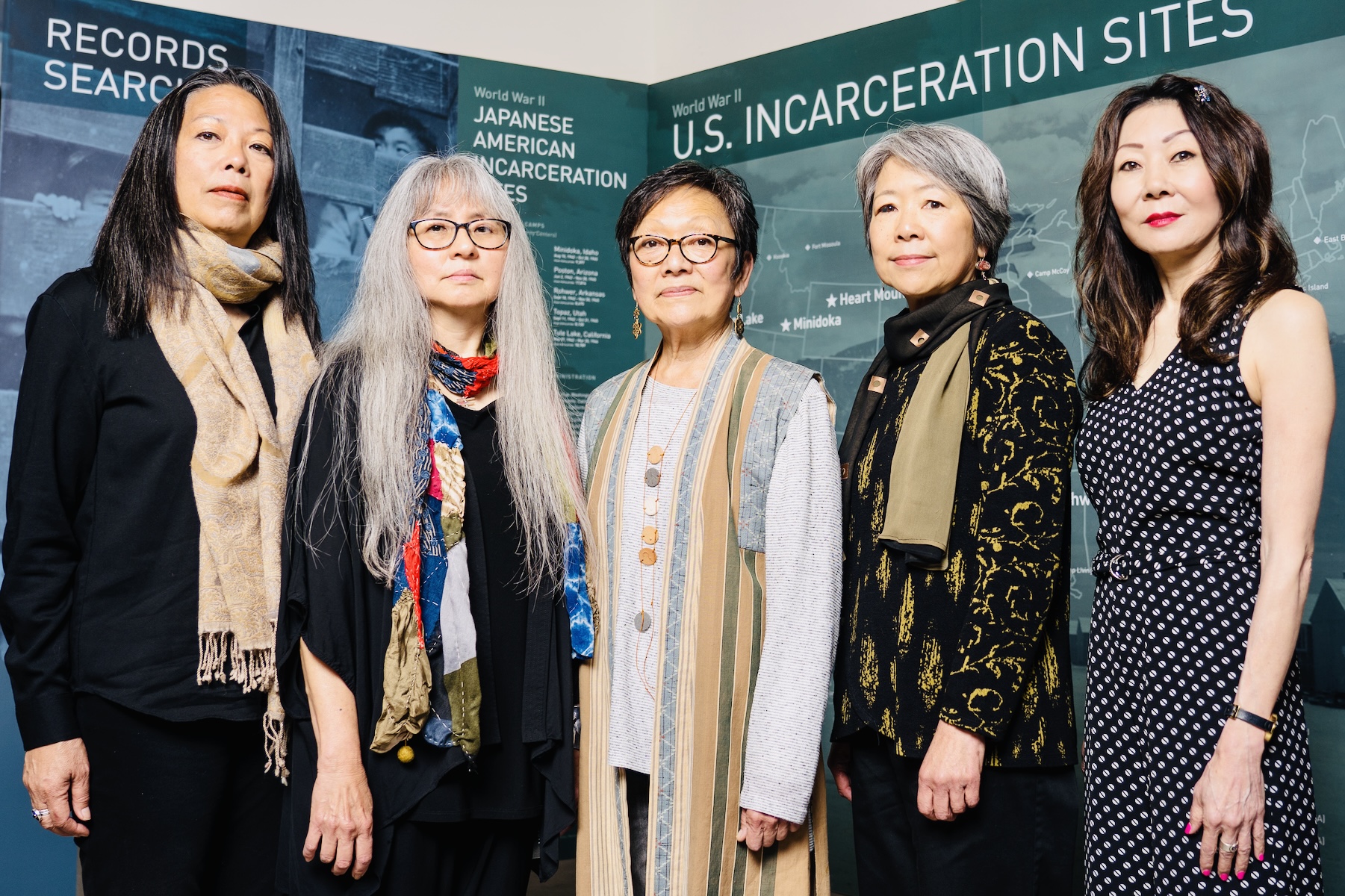 A new exhibit set to open at the Shops at Tanforan features the work of five noted third-generation Japanese American artists.

SAN FRANCISCO — A new art exhibition called “Sansei Granddaughters’ Journey: From Remembrance to Resistance,” set to open July 24 at the AZ Gallery at the Shops at Tanforan in San Bruno, Calif., honors the history about the incarceration of Japanese Americans during World War II and provides an opportunity to understand the terrible injustices that took place.

The gallery, which sits on the land where the former Tanforan Racetrack and Tanforan temporary detention center once stood, will host the exhibit through Sept. 3 and will feature the work of five noted third-generation (Sansei) Japanese American artists who have dedicated their wide-ranging art careers to honor the legacy of the incarceration of Japanese Americans during WWII. 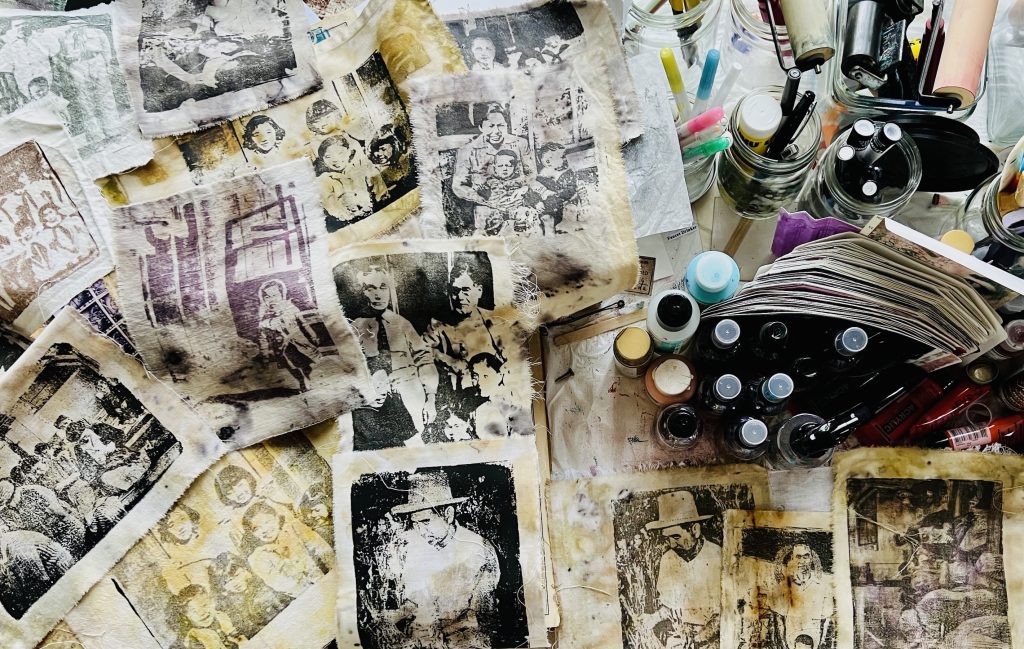 “My Mother, My Daughter” by Kathy Fujii-Oka. After attending a S.F. Bay Area Women’s March, Fujii-Oka wanted to pay tribute to the women in her family. As an artist, Fujii-Oka links the ancestry of her mother through herself and to her daughter and grandchildren, whose generation will continue to carry the torch of empowerment for women and people of color. (Photo: Don Felton)

“The premise of this exhibition is that art and personal stories provide understanding and associations to all communities and generations in ways that go beyond textbooks. Through art and education, deeper understanding can bring healing and awareness and ultimately a less-divided world,” according to the Sansei Granddaughters’ Collective.

Added Bepp: “Through our collective art, we serve as a voice for those who no longer are able to tell their stories, and we will continue to push for racial equality and social justice today and in the future.”

Eighty years ago, President Franklin D. Roosevelt signed Executive Order 9066, which unjustly ordered the forced removal of Japanese Americans from their homes and subsequent incarceration in American concentration camps. As descendants, the five artists share a unique vision that, through art, brings to life the dehumanizing conditions in which Japanese Americans were forced to live, including poor housing and food, a lack of privacy and inadequate medical care.

“The injustice of our government incarcerating innocent men, women and children based on greed, fear and racial prejudice, resulting in the loss of life, homes, businesses, trust and self-esteem, is deplorable,” said Reiko Fujii. “I am adamant about chronicling their stories so that they are a recorded part of American history and that these people’s experiences are not forgotten.” 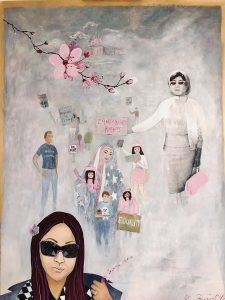 A main feature of the exhibition will be the Aug. 14 screening of the film “Sansei Granddaughters’ Journey” (2020, 27 minutes), which documents the five artists’ experiences on an annual pilgrimage in 2018 to the WWII Manzanar National Historic Site. This film was produced and directed by DeBoer, Bepp, Fujii, Fujii-Oka and Shintani and includes archival photos from families and the Densho Encyclopedia.

“The core of my art is about searching, understanding and healing — things you can’t get from a textbook,” said Shintani.

The aim of this exhibition and educational programming is to inspire dialogue about racial discrimination, identity and civil liberties, trauma experienced by those rounded up and incarcerated and more.

“People who are different are not necessarily dangerous, even if they ‘resemble’ the enemy in some way,” said Shintani. “Learning from the past can lead to the equitable and humane treatment of all people.”

The “Sansei Granddaughters’ Journey” exhibit will be at the AZ Gallery, the Shops at Tanforan, located at 1150 El Camino Real, Suite 254, San Bruno, Calif., from July 24-Sept. 3. Admission is free. For more information, email SanseiGranddaughters@gmail.com.