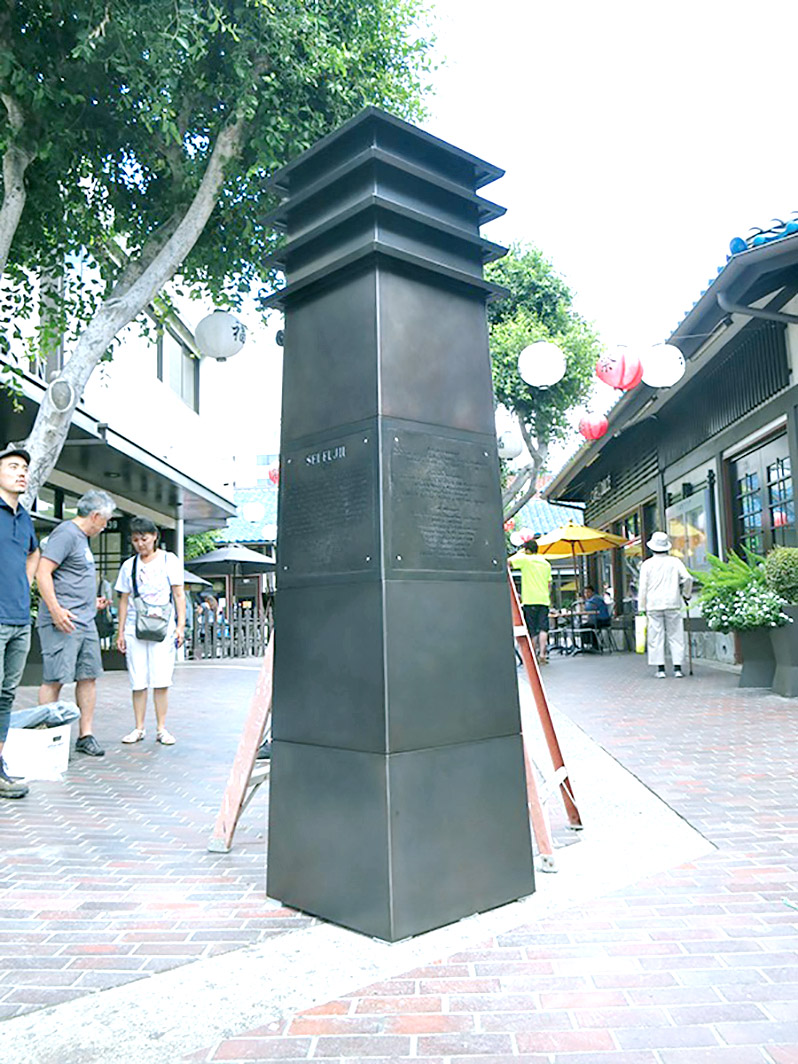 A lantern monument to commemorate the life and legacy of Sei Fujii was dedicated in Little Tokyo in August 2015.

Now 63 years after his death, Fujii is finally granted a California law license. 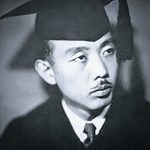 The California Supreme Court voted unanimously on May 24 to grant Sei Fujii honorary posthumous membership in the State Bar of California, 63 years after his death. The Little Tokyo Historical Society and the Japanese American Bar Assn. (including a list of 72 bar associations, community organizations and individuals that pledged support) submitted the motion to the high court to honor Fujii’s career accomplishments.

Fujii migrated from Japan’s Yamaguchi Prefecture in 1903 and went on to graduate from the University of Southern California School of Law eight years later.

However, due to his ethnicity, the state of California denied him a law license. Fujii and J. Marion Wright, a USC law graduate, partnered together to serve the Japanese American community for four decades. They defended Japanese farmers, families facing losses and other community legal challenges in California.

Since 1913, the Alien Land Law had denied Japanese immigrants and farmers from owning property in California.

In a statement, the high court said, “Despite being formally excluded from joining the ranks of the legal profession throughout his life, Fujii spent much of his career using the courts to advance the rule of law in California. . . . Fujii’s work in the face of prejudice and oppression embodies the highest traditions of those who work to make our society more just. We hereby grant Sei Fujii honorary posthumous membership in the State Bar of California.”

“The Little Tokyo Historical Society is tremendously grateful to Chief Justice Cantil-Sakauye and the associate justices of the Supreme Court of California for today granting Mr. Sei Fujii honorary posthumous membership in the State Bar of California,” said LTHS President Michael Okamura. “Sixty-three years after his death and proudly becoming a U.S. naturalized citizen after federal law restricted this was overturned, Fujii’s legacy of working toward a fair and equal society for all is ensured.”

Fujii worked tirelessly as an immigrant civil rights and community leader in the Japanese American community. His life was depicted in the 2012 award-winning film “Lil Tokyo Reporter,” which starred Chris Tashima as Fujii. Chin, who directed “Reporter,” is also finishing work on an official English biography of Fujii, “A Rebel’s Outcry,” which will be released later this year.

In 2015, a galvanized steel monument to honor Fujii’s life and legacy was permanently erected in Little Tokyo at the former site of the Kashu Mainichi, a Japanese daily newspaper for which Fujii served as its publisher. The lantern, located on Second Street at the entrance to the Japanese Village Plaza, was designed by Miles Endo of Studio Endo.