In anticipation of the upcoming JACL National Convention, one chapter hopes to inspire others in recruiting the next generation of members and solidifying the organization’s role in communities across the nation.

In order to understand the historical significance of this group of SELANOCO members, let’s review the history of the visionary leadership of the Nisei founders of the SELANOCO chapter. 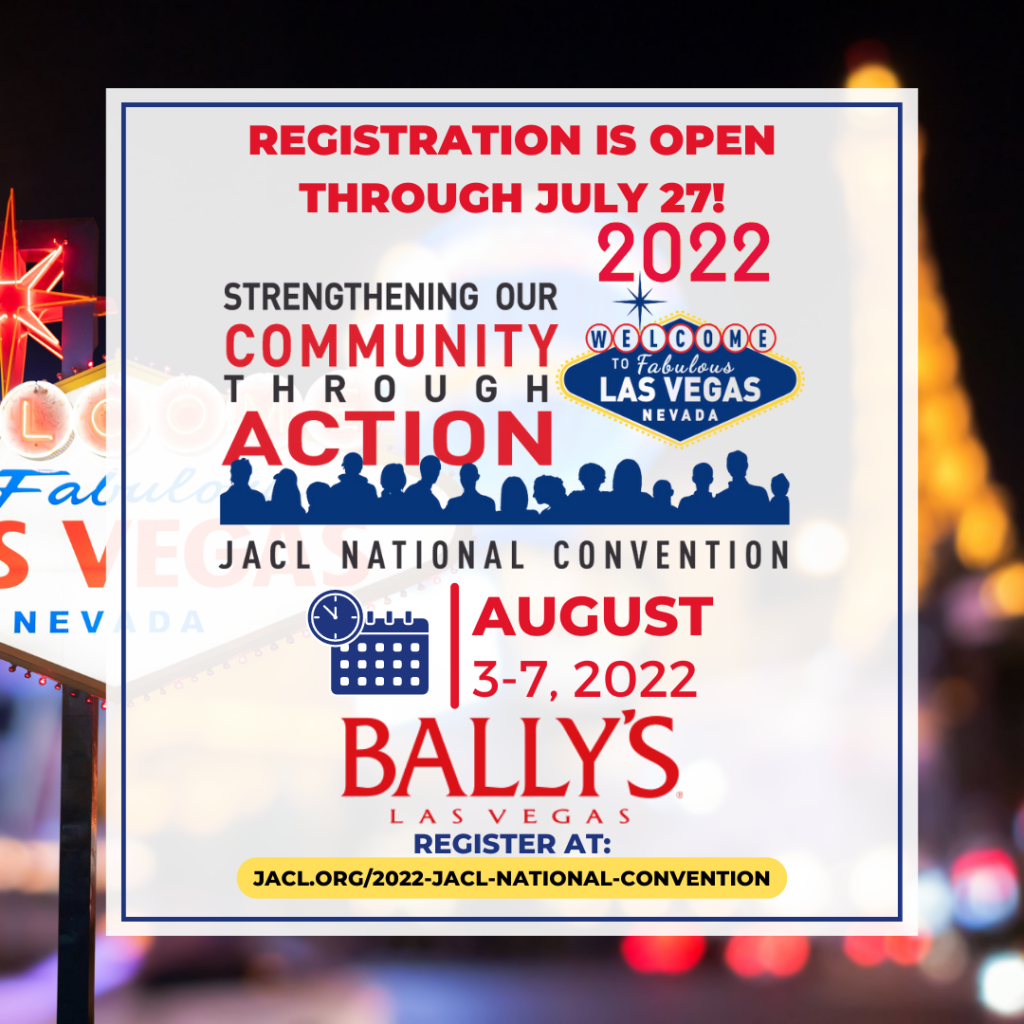 During the 1970s, the Nisei leaders (Clarence Nishizu, Hiroshi Kamei, Jun Fukushima, Hon. Judge Richard Hanki and others) of the chapter understood that if SELANOCO were to continue to have a presence in the Orange County and JACL communities, they would need to identify/mentor the next generation of Japanese American/JACL leaders.

Under the guidance of the Nisei, the next generation of SELANOCO/JACL leaders, including Ruth Mizobe, Karen-Liane Shiba, Hiromi Ueha, Nicole Inouye, Gene Takamine and Kenneth Inouye, went on (as individuals) to hold EVERY NATIONAL JACL office except for vp of operations.

Continuing the policy of developing the next generation of JACL leaders, the current members of the SELANOCO board of directors (Frank Kawase, Alice Ishigame-Tao, Steve Matsubara, B. J. Watanabe, Donna Nishizu, Todd Hasegawa and others) have consistently sought out members of the local community to join SELANOCO and advocate for social justice in Orange County, Calif.

Twelve individuals will be representing SELANOCO at convention in hopes of inspiring others on the importance of recruiting new members and supporting the overall civil rights and educational mission of the JACL.

Reilly Chang, a two-year member, is a current member of the SELANOCO BOD and member of the programs committee. Chang joined JACL after participating in the Kakehashi trip in 2017. She joined JACL as a way to re-engage with the JA community. Chang is looking forward to meeting people from other chapters.

Cielo Chavarria is a new member, OC student leader on the Orange County Human Relations Council and a student at Wellesley College. She joined JACL since she believes in human rights, American civil rights, and she believes in the strength, value and necessity of multiracial coalition. Chavarria is looking forward to meeting and learning from social justice leaders, engaging in dialogue and exchanging ideas with other members.

Ryan Takeshi Gasha (Sansei), is a new member, student member of the SELANOCO BOD and participant in the 2022 JACL/OCA Leadership program. Gasha joined JACL as a way to get more involved in the JA community. He is looking forward to going to convention to learn more about JACL and meet other members.

Bayley Hagino (Yonsei), a one-year current member of the SELANOCO BOD, participated in the Kakehashi program and got involved in the SELANOCO chapter when a friend invited her to a BOD meeting. Being involved with SELANOCO has given her the opportunity to learn more about the history of JAs and also be a part of the current changes being made in her community. Hagino is going to convention to learn more about JACL on a national level and meet other individuals in the JACL community.

Erin Hitomi (Sansei/Yonsei), a two-year member, current member of the SELANOCO BOD and member of the programs committee, was introduced to JACL by her close friend, Jamie Morishima. They were both looking for a way to reconnect with the JA community. Hitomi has continued her relationship with SELANOCO since it has allowed her to focus on social justice and advocacy for JAs and other communities of color. She is going to convention to learn more about how JACL functions on a national level. Hitomi is looking forward to learning from other chapters’ different perspectives.

Jamie Morishima (Yonsei/Gosei), a two-year member, current co-president of SELANOCO and member of the programs committee, joined JACL after participating in the Kakehashi trip in 2020. Morishima is looking forward to her first JACL National Convention and the ability to meet in person the many people from across the country that she has met through JACL’s Young Professional Caucus.

Eadan Dury is a one-year student member of the SELANOCO BOD. Dury initially joined JACL through her association with the Tomo-no-Kai, the Japanese American club at the University of California, Irvine. She continued her involvement with SELANOCO because of its dedication to not only serving the JA community but also other communities that need support. Dury is attending convention virtually in order to learn more about other JACL chapters, as well as to educate herself on the needs of other communities.

Current members of the SELANOCO BOD have continued the Nisei legacy of developing/encouraging the next generation of JACL leaders by inviting the new members to be on the SELANOCO BOD. In addition, the SELANOCO BOD has agreed to reimburse the first-year attendees for their convention registration fees as a way to reduce the financial cost of attending the convention.

Joseph Gu is a three-year member, participant in the 2021 JACL/OCA leadership program, current member of the SELANOCO BOD and represented SELANOCO at numerous Anti-Asian hate vigils.

Nicole Inouye (Yonsei), a member since birth, she is a prior National Youth/Student Representative, recipient of the Mike Masaoka Fellowship, PSWD board member, member of the SELANOCO BOD and current SELANOCO co-president.

Amelia Kawaguchi (Gosei), a student member since birth, this will be her third JACL National Convention.

Ryan Yoshikawa (Nisei/Gosei), is a seven-year member, prior SELANOCO president and member of the SELANOCO BOD, current leader of the Young Professional Caucus and current PSWD governor. Yoshikawa is also the fourth member of SELANOCO to hold the position of PSWD governor.

The continued presence of the SELANOCO Chapter in Orange County and in the National JACL organization has been made possible by the fact that young people want to be a part of and participate with a local/national organization that advocates for the rights of ALL people.

To register for the National Convention, “Strengthening Our Community Through Action,” set for Aug. 3-7 in Las Vegas at Bally’s Hotel and Casino, visit https://jacl.org/2022-convention-registration. Registration closes July 27.