The following statement was released by JACL National on Nov. 19 in response to comments made by Republican Louisiana State Sen. John Kennedy.

WASHINGTON — Sen. Kennedy of Louisiana was quoted as comparing current House impeachment proceedings to the lack of due process leading up to the mass incarceration of nearly 120,000 people of Japanese heritage during World War II.

This comparison is incredibly inappropriate and offensive. President Trump has an opportunity, with a possible Senate trial, to plead his case and seek exoneration; something that was not offered to our community.

During World War II, those of Japanese descent were uprooted from their homes, stripped of their possessions except for what could be packed in a single suitcase and forcibly moved to remote concentration camps. This was all done solely because of their race and with no proof or evidence of military necessity.

The president’s actions are being scrutinized under proceedings that follow due process of the law. Until he is similarly removed from his home and imprisoned in a concentration camp with no evidence of commission of a crime, it is outlandish to draw parallels to the Japanese American experience.

The following statement was released by Tsuru for Solidarity on Nov. 18.

As Japanese American survivors of the World War II incarceration and their descendants, we condemn Sen. John Kennedy’s (R-La.) offensive and inaccurate comparison of the ongoing impeachment hearings to what the government did to our families in WWII. 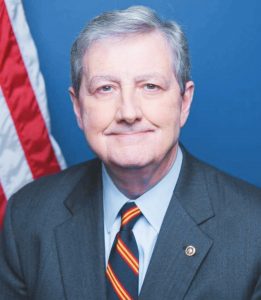 Sen. John Kennedy (R-La.), in speaking to reporters, said, “It looks to me like, so far, [House Intelligence Committee Chair Adam Schiff] and the speaker are going to give about as much due process [to the president] as the federal government gave our Japanese American friends during World War II,” according to Huff Post politics reporter Igor Bobic, who tweeted about the exchange”

Even if President Donald Trump is removed from office through this process — in which he is being represented by attorneys of his choice and has an opportunity to defend himself — President Trump and his family are not going to be rounded up en masse, forced to sell their property and held indefinitely in concentration camps as we were during WWII.

Sen. Kennedy’s spurious comparison is especially offensive given his support for the Trump administration’s family separation policies and indefinite detention of migrant families.

In a 2018 interview, Sen. Kennedy acknowledged that such indefinite detention could be unlawful, but stated, “Let the kids stay in the detention center (with their parents) until somebody challenged it.”

We stand in solidarity with the immigrant communities being targeted today and the families and children whom Sen. Kennedy wants to keep locked in cages. And we condemn Sen. Kennedy’s cynical, hypocritical appropriation of our history!