Sharing the Incarceration Story Through Dance

Seattle JACL recently completed a successful school tour of “Farewell Shikata ga nai,” a performance created by Seattle-based dance artist Gabrielle Nomura Gainor that combined dance and Asian American theater to explore the mass incarceration of Japanese Americans and show how the trauma and injustice of that dark chapter has impacted the generations that have followed.

Performances were held at North Seattle College, Licton Springs K-8, Franklin High School and Lake Washington Girls’ Middle School over a two-week period. In addition to the dance performance, each visit included a Q & A with the dancers to further explore topics such as social justice, xenophobia, the immigrant experience and Asian American representation in the arts. 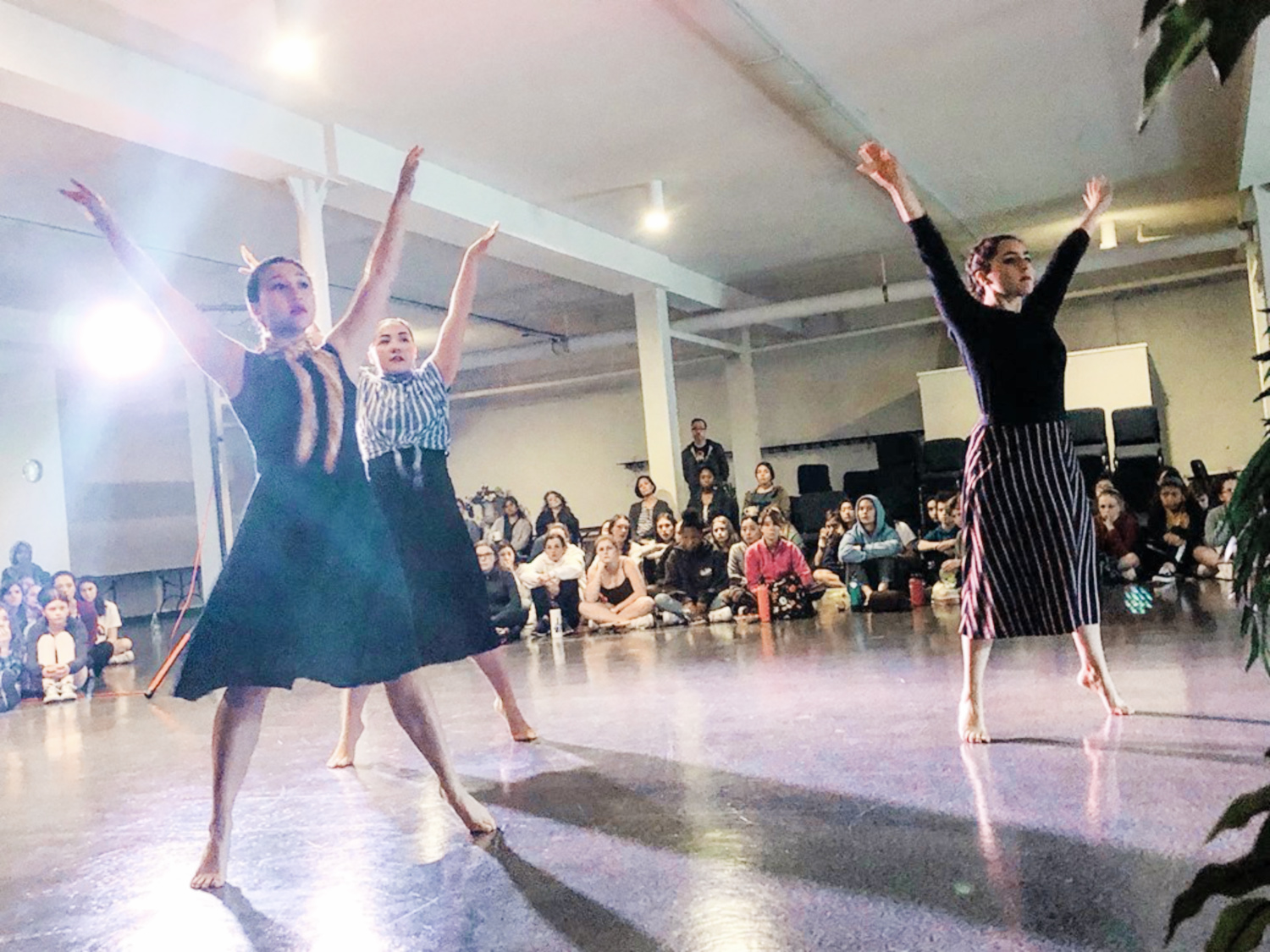 In addition, Seattle JACL Board Member Stan Shikuma joined the cast for two of these performances to share more with the students about his family’s experience of being forcibly removed and incarcerated during World War II.

Shikuma recounted that his brother was  4 years old when their family was taken from their home to a detention center at the Salinas Rodeo Grounds and then to the concentration camp at Poston, Ariz. He also recalled seeing a photo of his brother with his kindergarten class on a barren playground with barracks lined up behind them.

“I think hearing stories about kids the same age as themselves and their siblings makes it more real for [the students],” said Shikuma. “What would it be like to start school in a prison camp? How would it feel to leave all your friends behind and miss graduation? What if you had to leave your pet and all your favorite belongings behind? What if you couldn’t travel to see relatives or go shopping? At some level, young people grasp the injustice when presented in ways that strike a chord with their own experiences.

“Presenting the story in a theatrical dance piece presents more facts and history lessons,” Shikuma continued. “It opens up feelings and emotions, which so often are more powerful than words. Open hearts lead to open minds — Farewell, shikata ga nai.”

Special recognition was given to Seattle JACL Chapter President Sarah Baker for facilitating the dialogue, as well as board members Renee Infelise and Josh Tashima-Boyd for their part in organizing two of the performances. The tour was made possible in part with grants from JACL National, as well as the Washington State Arts Commission.

“This May, we got to perform for students from kindergarten to college-age,” said Gainor. “As a performer, nothing can compare with getting to dance for young people and to hear and engage with them. One of my favorite comments came from a young woman at Lake Washington Girls’ Middle School, who shared how much it meant to her to see Asian American women like herself dancing onstage. And at Licton Springs, a young man shared, ‘I don’t know why they called them ‘camps’ because it seems like [Japanese Americans] were simply put in jail.’

“My dancers and I were amazed by  these young people,” Gainor concluded. “As  storytellers, we must connect them with their history and support them as best we can, so that they, too, can continue the fight for justice in America.”