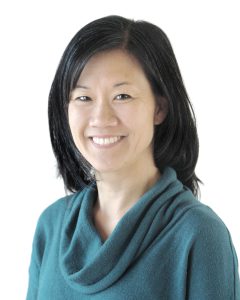 A longtime friend of mine and I were running together recently. She is well-educated and well-informed, but she expressed her concern to me about the proliferation of “fake news.” How could she trust news sources, she asked me.

As a former journalist, I’ll admit, I was frustrated by her question. Didn’t she know which news outlets were trustworthy and which weren’t? But a recent study from Pew Research Center shows that my friend is not alone. In a survey from December of more than 1,000 adult Americans, 64 percent of those surveyed say made-up news has caused “a great deal of confusion” about the basic facts of current events. Twenty-four percent of those surveyed said it has caused “some confusion.”

Because of this uncertainty, people are turning to established news outlets. The New York Times, the Atlantic and the nonprofit ProPublica are among the organizations that have seen an increase in subscriptions and donations after the November election, according to Harvard’s Nieman Journalism Lab.

But smaller publications can be just as important because they have a more specific audience.

The Pacific Citizen has been published for more than 80 years, and it is an integral part of the community it serves. The P.C. features news stories for and about Asian Americans and columns written by JACL members. The information in the P.C. helps a Midwesterner like myself stay connected to the Japanese American community in other parts of the country.

Through the P.C., I learned about how different cities observed the Day of Remembrance, read about the George Takei exhibition at the Japanese American National Museum and found out about the new documentary on civil rights leader Minoru Yasui.

To continue to provide their service, the Pacific Citizen and other news sources need our support in readership and financial contributions. That’s why I urge you to participate in the Pacific Citizen’s Spring Campaign. Please donate to show your appreciation of the work of the writers and staff.

In addition to your personal contribution to the P.C., you can also ask your chapter to support the publication by buying an ad. My hometown chapter in St. Louis has an ad in this week’s issue to show its appreciation for William Yoshino and his dedication to the JACL. We wish him well in his retirement. The St. Louis chapter hopes other chapters will also want to buy ad space to celebrate their work and members or promote their events.

Any donation you can make to the P.C. will help make a difference. Please give, and please keep reading.