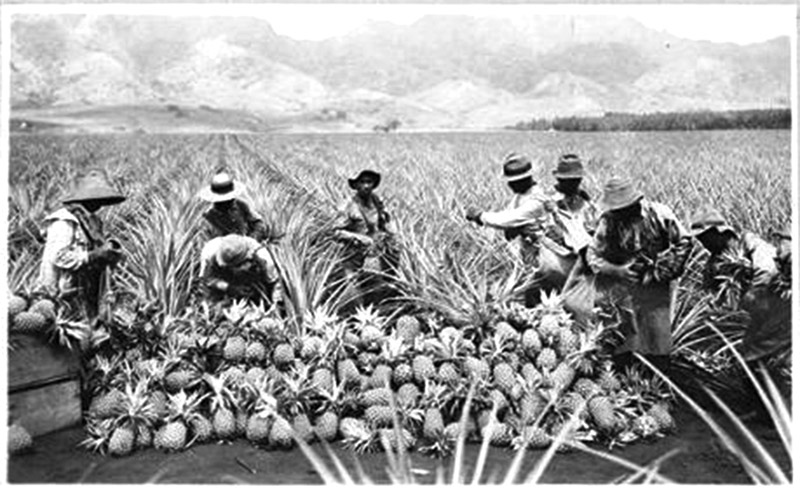 In the weeks and months since the current administration took office, I have experienced a constant pendulum of emotion. From outrage at various policies or legislative proposals to surprised relief at the chorus of opposition — judicial, legislative, journalistic and community-based that have largely prevented the worst of this government’s policies from being enacted into law.

Coalitions and solidarity building have always been an important part of our progressive movements, but it seems, in particular, that this moment in U.S. history has encouraged large-scale collaboration of the likes we have not seen since the 1960s Civil Rights era.

It has also made me introspective with regards to our own AAPI coalition, especially now in the month of May as we celebrate Asian American and Pacific Islander Heritage Month. In an earlier Pacific Citizen(ITAL) article, I wrote that we as AAPIs can be a new model, a model by which society at large can strive to unite through diversity. While I still believe that wholeheartedly, it is important to acknowledge the issues that divide us.

Between socioeconomic class barriers, interethnic tensions and regional cultural differences, there really isn’t a whole lot uniting us beyond the shared experience of being historically underrepresented minorities and our similar immigration patterns.

I see a lot of national AAPI organizations whose leadership is almost entirely East Asian American. That should not come as a surprise, given the relative success our communities have held in comparison to impoverished South Asian immigrants or Southeast Asian refugees. But there are always exceptions to the rule, as we also see a large number of low-income Chinatown residents and inversely, fairly well-off South Asian immigrants working in the STEM (science, technology, engineering and mathematics) fields.

There is a great deal of work left to be done in all communities to ensure that our coalitions remain equitable to all those they claim to represent, but perhaps the largest gap between the dominant East Asian American narrative is the lived experience of Pacific Islander Americans.

We say AAPI, but how many of our organizations have Pacific Islander-serving programs? How many non-PI specific organizations have PI board members or staff, and how many of us can even name more than a couple PIs who we regularly engage in the work we do? In Pennsylvania and elsewhere in the East Coast, we barely have a PI population (.1% in PA according to the 2010 census), but does that mean we should exclude them from our discourse?

I would be remiss not to mention the fact that many of our JA families (including my own) have roots in the Japanese Hawaiian migration of the late 1800s. Like many of the early immigrants leaving Japan, my great-great grandparents moved to the Big Island in search of a better life. My great-great grandfather was a ship steward, and his wife worked odd jobs around the area north of Hilo.

Japanese Hawaiians have a unique perspective on the events of World War II. About 40 percent of the population had at least some Japanese blood in 1942, and it would have been impossible to incarcerate them in the way our mainland families were. Certainly, there were exceptions, as we’ve seen with the recent rediscovery of the Honouliuli incarceration camp, and there are parallels between veterans of the 442nd and the thousands of Hawaiian Nisei men who chose to serve in the 100th Infantry Battalion. But, for the most part, Japanese Hawaiians did not experience the war from behind barbed-wire fences.

Fast-forward to today, and all but two of my great-great grandparents’ eight children have passed on. Although they did not live to see it, the sacrifices of our immigrant elders allowed this family to prosper.

In total, I would estimate about 50 relatives of mine live between Oahu and the Big Island — though I’ve met fewer than 10. Some of them are doctors, lawyers and engineers. One branch of our family went into farming in the 1960s and now owns a small orchid farm called Carmela on the Big Island. Whatever their profession, everyone seems to be doing all right.

Hawaii sent the first JA congressman to Washington — Sen. Daniel K. Inouye. We’ve since had luminaries such as Spark Matsunaga, Daniel Akaka, Mazie Hirono, Patsy Mink, Mark Takai and Colleen Hanabusa. The Governor of Hawaii is David Ige, and a third of Honolulu’s City Council has Japanese ancestry. If you go down to the Waikiki strip, Japanese language is as common as Spanish is in East Los Angeles. From humble origins in the cane fields, we have risen to become the mainstream in Hawaii. 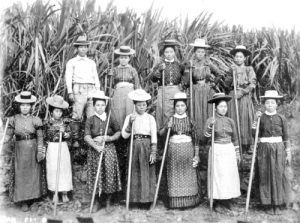 However, when we talk about the Japanese Hawaiian experience, we rarely consider the fact that despite being subordinate to whites in the colonial racial hierarchy, our people essentially functioned as members of the settler colonial state.

In 1850, there were over 250,000 pure Native Hawaiians. By 1990, that number had shrunk to fewer than 10,000 (comparable in size to the current membership of JACL). While this doesn’t take into account the incredible amount of intermarriage between various Pacific Islander ethnicities and other communities, it is a sobering reminder of the systematic annihilation of Native Hawaiian culture, traditions and way of life.

While blame for the overthrow of the sovereign kingdom of Hawaii rests solely with the business interests and missionaries who acted under the blessing of the U.S. government, our community must acknowledge the role we have played in its subsequent history as Asian settlers.

Let me clarify my intentions in stating this as such. I do not suggest that Japanese Americans be burdened by historical wrongs and circumstances beyond our control. That responsibility lies with the U.S. government. No one chooses where he or she is born. We should, however, acknowledge that our community is far better represented economically, socially and politically than Native Hawaiians in their own islands.

Those of us who are Japanese Hawaiian or have roots in that experience should acknowledge our relative privilege and actively seek to support the Native Hawaiian community as its allies. We should be intentional in creating a space for PI narratives and voices to take a more significant role in our movement, and while we may have differing opinions on the controversial question of indigenous sovereignty, let’s be careful not to project our own experiences onto someone else’s.

The struggles of Pacific Islanders and especially Native Hawaiians are incredibly different from our own, yet I have found a good deal of similarities at least regarding our quest for cultural reclamation.

Native Hawaiians faced an intentional erasure of their cultural identity for much of their history under the dominion of the U.S. — first as a territory and now as a state. From the beginning of U.S. colonization, Hawaiian language and customs were forbidden, and the linear succession of indigenous oral tradition was broken.

Their language was on the brink of extinction, but since the cultural reclamation movements of the 1960s and ’70s, Hawaiian language and culture has begun returning to public and charter schools.

We are still a long way from seeing Hawaiian language back in popular usage, but Native Hawaiian customs and traditions such as music, dance, art and food are being reintegrated into society that was unthinkable even a couple decades ago.

Although the future of an ethnically Native Hawaiian people remains bleak, it would seem that Hawaiian culture will live on in future generations who inhabit their islands. I’d like to end this piece with a Hawaiian proverb: “A`ohe pau ka ‘ike i ka halau ho`okahi” — All knowledge is not taught in one school.

As we ask others to learn about the legacy of Japanese Americans, let’s do a better job of educating ourselves. We could learn a lot from our Hawaiian cousins.

Rob Buscher is a member of the JACL Philadelphia board of directors.