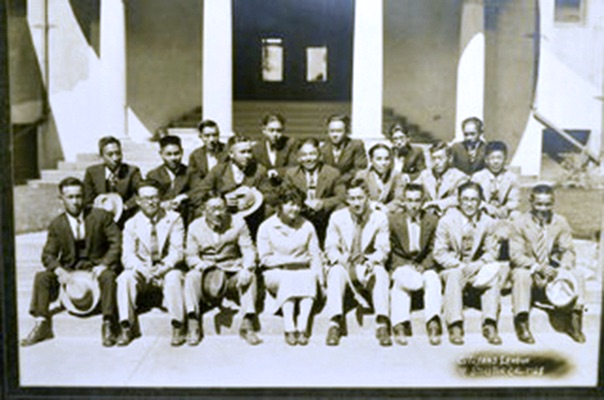 Founding members of the Stockton JACL chapter, then known as the Citizens League of Stockton, in 1928. Pictured at center in the front row is Miya Sannomiya, who was actively involved in starting National JACL in 1929. She also served as president of the Stockton chapter in 1929. (Photo: Catherine Fujimori)

As the JACL, the nation’s oldest and largest Asian American civil rights organization in the U.S., prepares to celebrate its 90th anniversary in 2019, the Stockton chapter of the JACL enjoyed that same privilege on Sept. 29 at the Buddhist Church of Stockton in California’s San Joaquin  Valley, welcoming 90 years of advocacy months earlier than its namesake organization. 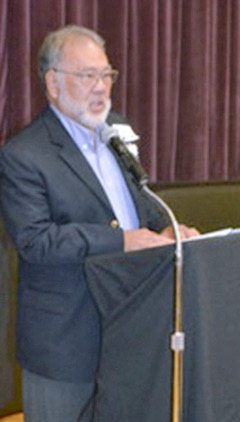 Since its founding, JACL has monitored and responded to issues that enhance or threaten the civil and human rights of all Americans and implements strategies to effect positive change for all who are victimized by injustice and bigotry. The Stockton chapter, the city’s oldest civil rights organization, was established in 1928, one year before National JACL.

Through research of the chapter’s history and an old black-and-white photo of a group of Japanese men and one woman inscribed, “Citizen’s League of Stockton 1928,” it was verified that the Stockton chapter is indeed 90 years old.

Sannomiya is mentioned in Bill Hosokawa’s book “JACL in Quest of Justice,” where he acknowledges that Sannomiya “launched a chapter in Stockton.” Sannomiya was also involved in establishing the National JACL a year later.

According to the Oct. 15, 1929, issue of the Nikkei Shimin, the precursor of the organization’s newspaper Pacific Citizen, Sannomiya was not only present at the Citizen’s League Convention held April 5-6, 1929, but also gave one of the opening addresses, encouraging attendees to show the first generation what young people could do.

At the Sept. 29 celebration, the Stockton chapter welcomed guests, members and friends to recognize the chapter’s long and storied  history. Guests were able to view a display that included a short biography and photo  of each of the chapter’s 38 past presidents,  including Sannomiya. In addition, group photos  of Stockton scholarship recipients, chapter scrapbooks, Pacific Citizen articles pertaining to Stockton and other chapter memorabilia were displayed. Guests were also encouraged to name and identify individuals in old scholarship photos.

In talking about Stockton JACL’s history, Aeko Yoshikawa, the event’s emcee and a past chapter president, shared that meetings in the 1950s started at 9 p.m. because Nisei’s couldn’t meet earlier due to work commitments. Yoshikawa recognized the dedication of  the chapter’s pioneers meeting from  9-11 p.m., laying the groundwork for others to follow.

Nelson Nagai, another past chapter president and retired professor from San Joaquin Delta College, gave the event’s keynote address,  “The Two JACL’s.” He addressed the role of National JACL and the role of the local chapters. Nagai also recognized the dedication and hard work of the chapter’s earlier members,  as well as the relevance of a civil rights organization today. He closed his speech by reminding the audience the meaning of the words in the JACL logo, “Security Through Unity.”

The Rev. Yukiko Motoyoshi of the Buddhist Church of Stockton gave the invocation and blessing, and the Rev. Saburo Masada, retired pastor of Calvary Presbyterian Church, gave the benediction.

The chapter also presented a certificate and check for $2,500 to the Buddhist Church of Stockton for its continued support of the chapter and to mark the church’s upcoming 50th anniversary at its current location.

A moment of silence was also observed for members, family and friends who had passed. Members 90 years and older who were present were honored and presented certificates for their years of support to the chapter by current Stockton JACL President Steve Sue. 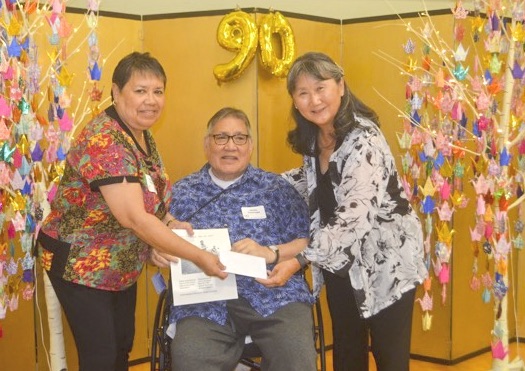 James Tominaga competes at the JACL Olympics, which was held at  Kezar Stadium in San Francisco.

The event also featured an “Oldest Photo Contest,” which asked members to submit photos from past years of Stockton JACL. The winning photo was submitted by Rosalie Tominaga Masuda. The photo was of her brother, James Tominaga, as he competed at the JACL Olympics, which was held at Kezar Stadium in San Francisco in 1957.

Entertainment during the event was provided by Stockton Bukkyo Taiko and the musical group “Class of ’72,” which entertained the crowd with songs from the 1960s and ’70s.

The Stockton JACL chapter is still going full steam ahead 90 years after its beginning. The chapter begins the year with the installation of officers at a joint dinner with the Lodi chapter. As the year continues, there is a Day of Remembrance event, community picnic, scholarship luncheon, Humbargar Garden cleanup and Christmas party.

Through the generous contribution of businesses and individuals, the chapter has also awarded more than $30,000 in scholarships through the years to high school seniors and college students. 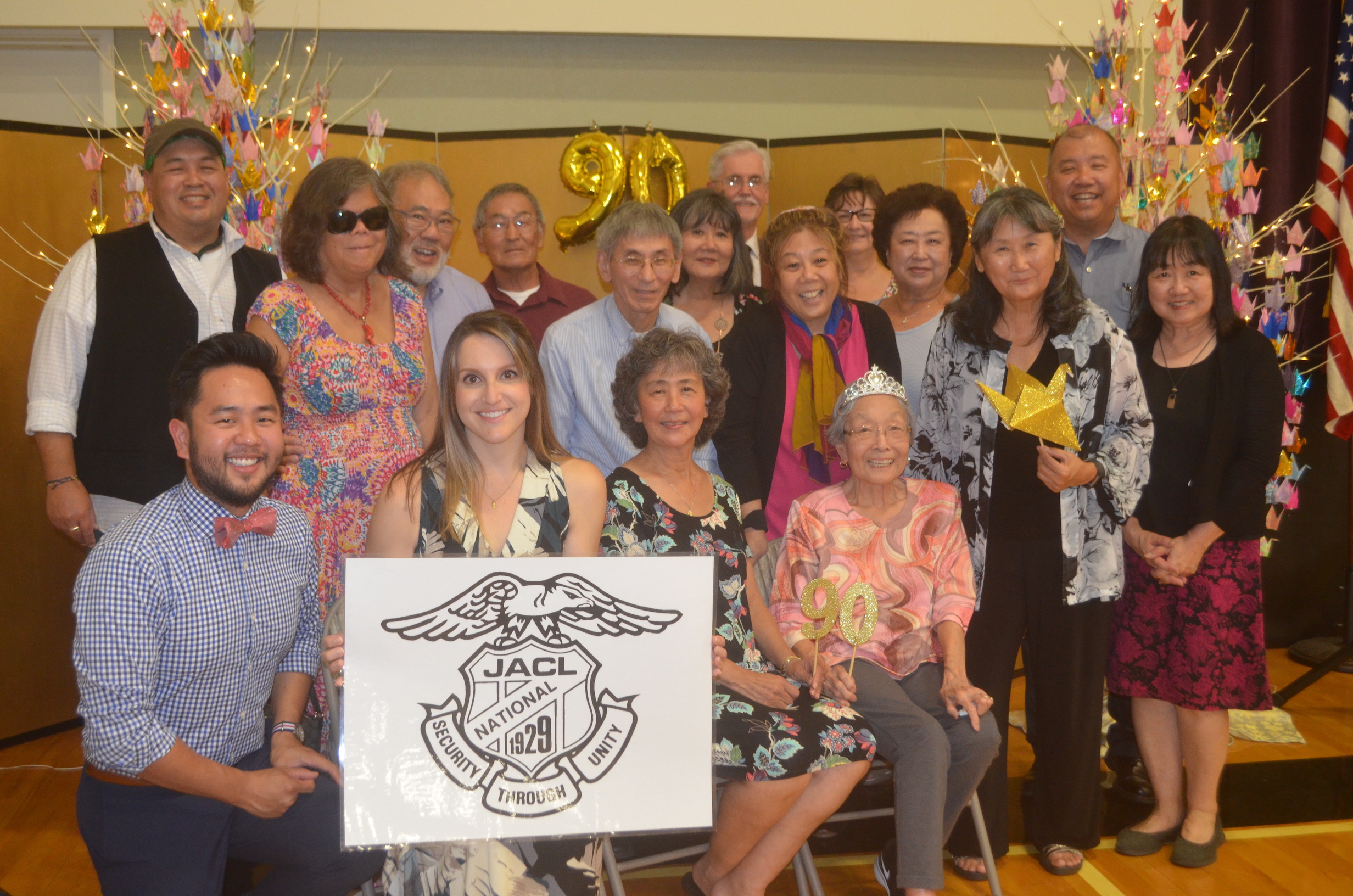