Children at the school named after the fallen WWII soldier pay tribute to his legacy during a special Veterans Day program. 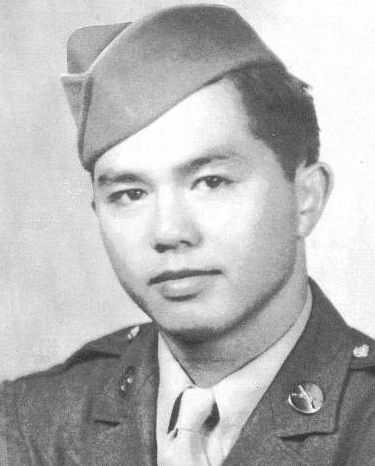 A native son of Orange County, Masuda was born on Nov. 30, 1918, in Westminster, Calif., and died while serving his country in Toscana, Italy, on Aug. 27, 1944. As a staff sergeant in the 442nd Regimental Combat Team, Masuda was killed in action after voluntarily leading two men on a night patrol across the Arno River, which was heavily mined and booby-trapped.

Upon coming under enemy fire, Masuda ordered his men to withdraw while he proceeded forward. At the sacrifice of his life, he enabled his comrades to safely return with key information that helped Allied troops successfully cross the river.

The Kazuo Masuda ASB presented Masuda’s life story during the program after ASB President Addison Phan welcomed guests and led them in the “Pledge of Allegiance” to begin the event.

ASAB Secretary Christopher Nguyen then offered a history of Veterans Day and a brief bio of Masuda, followed by a special presentation on what is a veteran by the ASB, a Moment of Silence led by Assistant Principal Matt Ploski and a performance of the “National Anthem” by the Masuda Monarch Choir. Seventh-grader Kate Von Boerum performed “Taps” on the trumpet to conclude the one-hour program.

The school’s sixth- and seventh-grade students were able to view the assembly via live stream in their classrooms.