JACL’s youth continues to educate others on civic engagement and encourages all to get involved.

This year for the National Youth/Student Council has been a transformative one. In the past 12 months, we saw a Nikkei summit hosted in the Central Valley of the CCDC, the formation of the Pacific Southwest’s first District Youth Board in  Los Angeles and another successful collaboration with the Philadelphia Asian American Film Festival to bring issues of immigration and coalition building to the forefront of discussion.

While we primarily target youth, summits like these continue to be critical in organizing and activating Nikkei of all generations. We on the NY/SC were eager to use our platform to highlight intersections with other communities, particularly when solidarity is critical to building compassion and understanding between groups.

Youth also convened in Salt Lake City from around the country in August to participate in our Youth Track at the JACL National Convention, which included workshops on leadership and careers in advocacy, discussions of identity and anti-discrimination response training.

There, we were thrilled to welcome more than 35 youth in positions ranging from volunteer to delegate, one of our highest youth attendances in recent years.

In September, for the first time ever, the NY/SC had the exciting opportunity to represent Japanese American youth in an international context at the Pan American Nikkei Conference (COPANI). 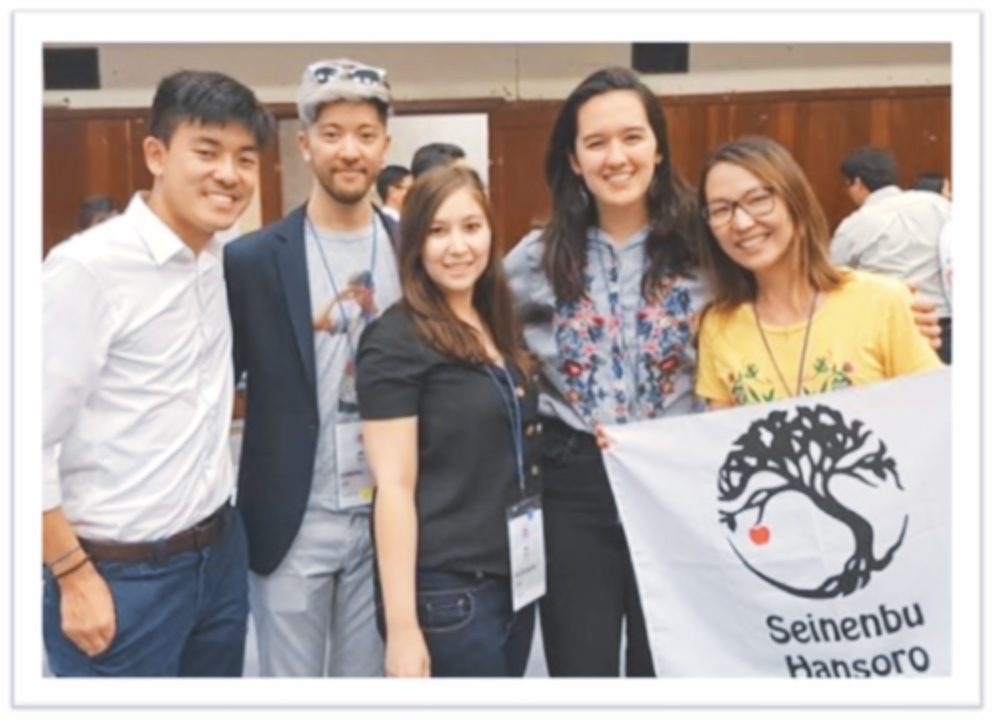 NY/SC Chair Kota Mizutani and I were both in attendance, along with delegations from Argentina, Brazil, Canada, Chile, Colombia, the Dominican Republic, France, Germany, Japan, Mexico, Paraguay and Peru.

Kota, along with Canadian delegate Alex Miki, facilitated a youth identity-building workshop for youth from all over the world. Kota and I also participated in a panel discussion about youth engagement and organizing alongside delegates from Argentina, Brazil and Canada.

In addition, the NY/SC is happy to report that, aside from our two annual retreats, a slate of National Convention programming and various Youth Summits around the country, we also welcomed seven new members, all in the position of District Youth Representative.

Looking forward with the direction set by NY/SC for 2020, the vision is bright. The team has set the foundation for a new slate of summits hosted by the MDC, PNW and NCWNP. 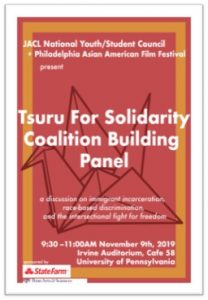 MDC is looking at collaborating with Tsuru for Solidarity for an early spring event mobilizing youth to get involved with the movement and build momentum for the national caravan to occur on June 5-7, 2020.

On the West Coast, PNW plans to connect with local AAPI organizations to hold a summit centered around what civic engagement looks like in different contexts. Usually, the word “civic engagement” has a connotation that limits activity to voting or running for office, which are reserved for those who identity as American citizens.

The goal of the summit is to reiterate that civic engagement is meant for everyone and will take an intersectional approach toward getting people involved at various capacities. NCWNP is in the process of brainstorming ideas around summit themes and looks to build up more involvement among interested youth in the district.

EDC organized and facilitated a panel called “Tsuru for Solidarity Coalition Building Panel,” which was part of the “Has Asian American Studies Failed?” academic conference at the University of Pennsylvania. It was an enlightened discussion with community members and East Coast youth surrounding the closure of the Berks County Detention Center and the work that immigrant and civil rights community leaders, like the JACL, can do to support communities of color.

IDC, fresh off of hosting the annual JACL National Convention, is now preparing for events such as the Annual Crab Feed and Auction Fundraiser, hosted by the Snake River Valley chapter.

PSW welcomed new Youth Rep Justin Kawaguchi, who is working to re-establish the District Youth Board as a means through which engaged  youth members across PSW can contribute to  community building via supporting the execution of events like the NY/SC Youth Summits.  Email kawaguchi.justin@gmail.com to become involved in the PSW DYB.

Beginning in 2020, the Pacific Citizen will highlight the NY/SC’s new series “Growing Up AAPI.”  To contribute your story, email the NY/SC at  nysc@jacl.org or Marco Torrez at marcoto@berkeley.edu.