In a ceremony held Feb. 11 by the Tanforan Assembly Center Memorial Committee, ground was officially broken to begin construction of a memorial to the 8,000 people of Japanese descent who were unjustly imprisoned at Tanforan Assembly Center in April 1942. The memorial will be constructed on the site of the original Tanforan Racetrack, currently housing the San Bruno BART Station and the shops at Tanforan shopping center. 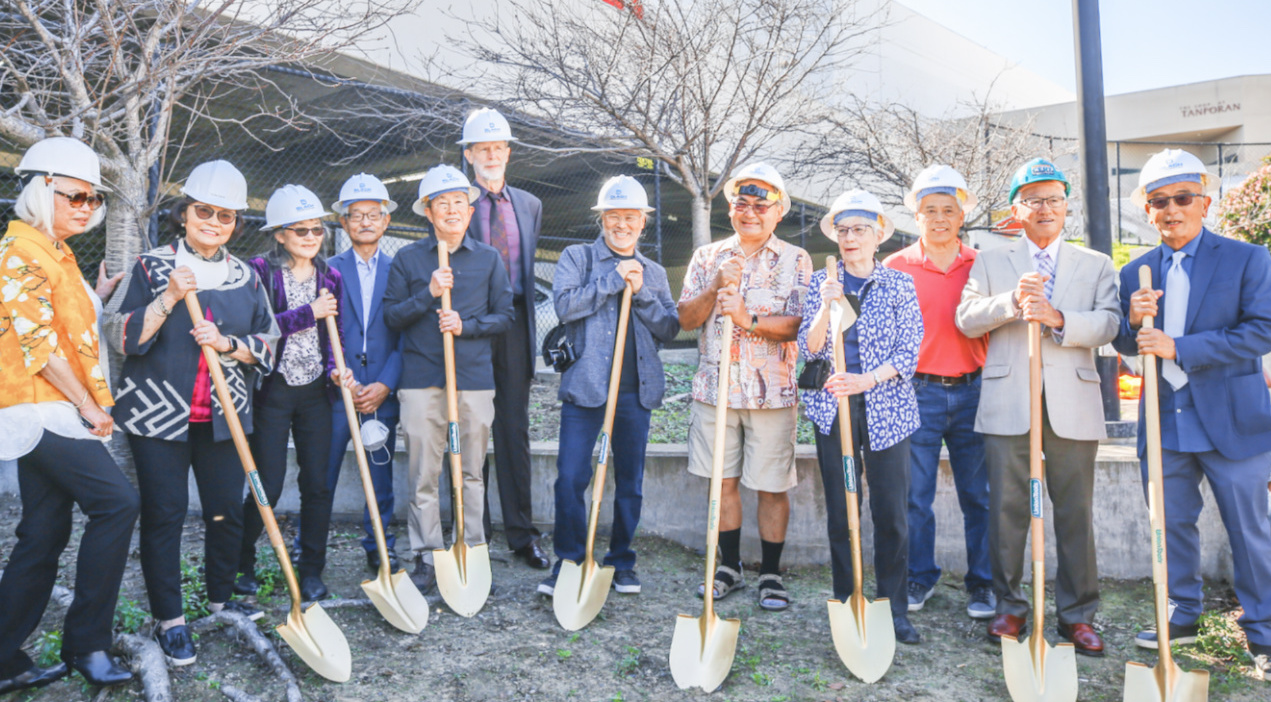 The memorial is being partially funded by the National Park Service: Japanese American Confinement Sites Program, the San Bruno Community Foundation, the San Bruno Culture and Arts Commission and the new owners of the Shops property, Alexandria Real Estate Equities. In addition to the hundreds of individual donors, RHAA, a landscape architect firm, has donated its services as architects and engineers on a pro bono basis.

During the ceremony, Congresswoman Jackie Speier (D-CA 14th District) gave an emotional speech, which was followed by the “turning of dirt.” The first group to “turn dirt” was the TACMC, which was led by Chairman Doug Yamamoto.

Steve Okamoto, vice chair of the committee, said: “The committee has had to overcome years of delays, frustration and obstacles. But the day has finally arrived when we can take the first step to creating this memorial and honor our parents and grandparents who had to suffer through humiliation and the loss of homes and businesses.”

The memorial will be completed in the spring, where a ribbon-cutting event will take place, highlighted by the unveiling of a bronze statue that is modeled after Miyuki and Hiroko Mochida who are depicted while waiting for a bus to transport them and their family to Tanforan.

The TACMC is asking for additional donations to complete the funding for the memorial.