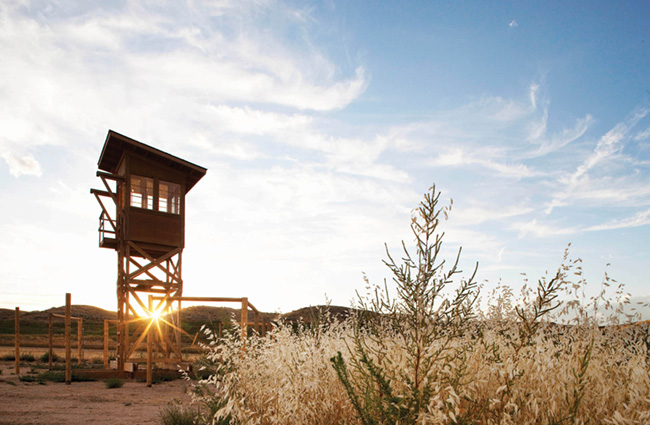 Telling the Heart-Wrenching Tale of the Heart Mountain Internment Camp

An extended version of ‘Witness: The Legacy of Heart Mountain’ is shown at the Tateuchi Democracy Forum in the National Center for the Preservation of Democracy. 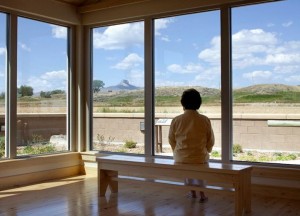 Not a dry eye was left in the theater. It was Saturday, Feb. 22, and an extended version of “Witness: The Legacy of Heart Mountain,” a documentary film by ABC7 “Eyewitness News” anchor David Ono and producer Jeff MacIntyre, was shown at the Tateuchi Democracy Forum in the National Center for the Preservation of Democracy, a glass building across the courtyard from the Japanese American National Museum. The presentation was co-sponsored by JANM in Little Tokyo, and it included a panel presentation by the filmmakers and former internees. 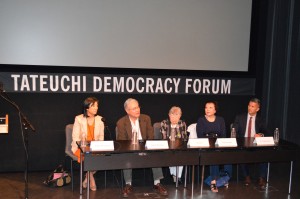 A heart-wrenching and emotional film, the documentary featured dozens of interviews with individuals who were affected by the internment of Japanese Americans during World War II and also highlighted the Heart Mountain internment camp outside Cody, Wyo. Individuals spoke about their firsthand experiences in the camp, and family members described the trauma that the internment experience had on their loved ones. During that time, more than 10,000 Japanese Americans were imprisoned at Heart Mountain, many of whom had originally lived in Los Angeles.

The documentary investigation into the Heart Mountain internment camp first began when community member Patti Hiraha discovered a set of photographs that her father and grandfather had taken during their internment. Hirahara’s father and grandfather had a dark room under the barracks, and they took a couple of thousands photographs. By looking at these photographs, one gets a good idea of what life was like behind the barbed wire. 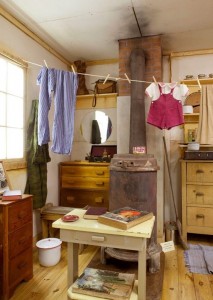 A display representing the interior of an internment camp barrack at the Heart Mountain Interpretive Learning Center. Photo by Kevin J. Miyazaki

“We were first just talking about a story together, and then we started investigating and I started learning more about internment camps in general but also about Heart Mountain and these amazing individual stories of families, many of them from Southern California. And through our investigations and researching online, various things led me to [Shirley Ann Higuchi of the Heart Mountain Wyoming Foundation], and Shirley really opened my eyes to the various personalities that came out of that camp — these incredible stories,” Ono said. “So, I went back and said this isn’t a story, this is a documentary. It needs to be a multifaceted documentary, and I said their stories are as relevant today as they were the day they happened 70 days ago.”

The documentary was first shown on ABC7 last year, and snippets of the film are shown on the channel’s website.

“When you watch this, I want you to think about how this is just one camp out of 10. This is just a handful of families out of the 10,000 that were in each camp, and so these stories can go on and on and on. But I hope this tells a story that can be shared with all communities to show not only what was happening back then but what can still happen today. I think that’s a really important part of the message to get out of this,” Ono said. 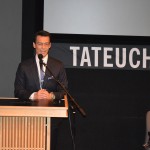 Both Ono and MacIntyre learned much from their filming experience.

“One thing I found interesting — there’s a lot of things that don’t make it into this — the folks who lived around this camp never knew what it was. Then when it went away, decades would go by and they would never find out,” Ono said. “To me, that’s almost hard to believe, but I guess that’s how life is — people sort of go on with their lives. They didn’t know that this injustice was going on in their own backyards, but they were fearful of the camp but not really realizing what has happening inside.”

After the screening of the documentary, a panel discussion was held with Higuchi, chair of the Heart Mountain Wyoming Foundation; G.W. Kimura, president and chief executive officer of JANM; and community members Hirahara, Toshi Ito and Darrell Kunitomi. 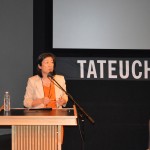 Hiraha still works tirelessly archiving, indexing and connecting people to the photos taken by her father and grandfather. Of the more than 2,000 images, she’s been able to reach out to internees and friends and identify over 70 percent of this collection. About 30 percent is still not identified, and she’s still reaching out to people and showing them pictures.

“It’s a great story. My father, my grandfather, would be amazed — they would never expect this to happen with something that they took so many years ago. But it’s people’s stories that I’m learning from my research, going on Ancestry.com, going to other resources and finding unique stories,” Hirahara said.

Kunitomi spoke about the internment experience of his parents.

“As a member of the boomer generation, as a son of the greatest generation, we have the best lives, we have the safest lives. We could trick or treat anywhere, our schools were strong, our communities were strong, there were carnivals in the summer time and we were safe and warm and happy. And our folks may have kept from us what they had gone through, so all I can say to them and to others of my generation — we have to say thanks and we have to appreciate what they went through,” Kunitomi said. “Many of them have gone now, and it’s too bad because we would just feed them and hug them and tell them, ‘Boy, you sure did a good job for us. Thanks so much.’”

Kunitomi sees how discrimination against certain ethnic groups can still occur today in the United States.

“I think what you have to do is, you keep reminding people that hate is always there — it pops up so suddenly, and it pops up so immediately now because of Twitter and Facebook and the Internet. And that goes for whether you talk about gay marriage or any other hot racial or religious issue out there. It happens so fast, and it’s so disappointing to read things on the Internet that are so stupid,” Kunitomi said. “After all the learning, everything the world has been through, everything this country has been through, people still do stupid things. That’s disappointing.”

Higuchi also encouraged individuals to speak out about their internment experiences.

“As a Sansei growing up with a parent who doesn’t talk about it, psychologically what happens is that you’re taught not to talk about it as a Sansei,” Higuchi said. “We need to break that barrier, and we need to have permission to speak, too.”

Kimura encouraged audience members to support the film in a variety of ways.

“I work here at the museum, and I still can’t get my head around the fact that my father was born behind a barbed wire of an American version of a concentration camp in his own country. I still can’t get my head around that,” Kimura said. “We need to support what David and Jeff are doing, we need to buy their DVDs when it comes out, we need to watch it on TV, we need to like them on Facebook and that kind of thing. These stories are just too important to let go, to forget. We never say forget — well that takes work and that takes money.”

MacIntyre and Ono hope to show the film in markets across the United States, in cities such as New York City, San Francisco and Washington, D.C.

“It’s a generation whose history, in part, was written in the shadow of a mountain,” MacIntyre said. “And from my experience with this gracious community, I think it’s deeply unjust to keep that story in the shadow. From darkness to light, that’s what events like tonight and films like this are all about.”

They hope the story becomes a national headline, attracting other groups besides Japanese American audiences.

“Before David asked me to work on this project, I was an utter Japanese internment dummy. I mean if there was a book ‘The Japanese Internment for Dummies,’ I would have bought it,” MacIntyre said. “My education was about to come to being. And better than any book, more thorough than any class, the lessons I were to learn would be more than that in this very painful, important moment in American history — but those lessons would ultimately change my life. History isn’t made by the meek, the weak or the ordinary, it’s painfully forged by the strong, the brave, the extraordinary.”