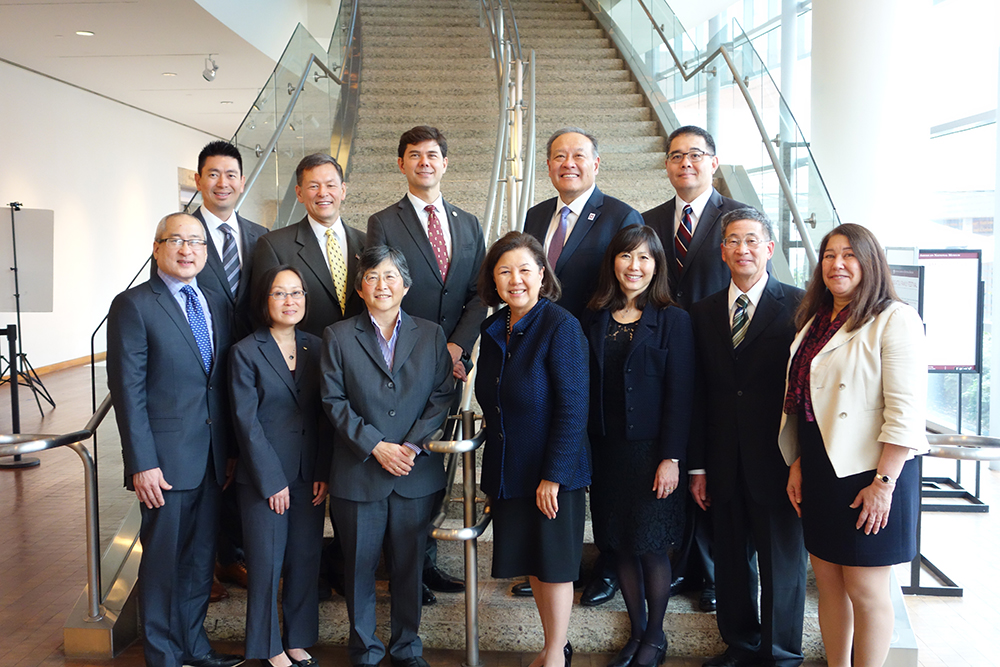 The 2017 JALD Delegation Travels to Japan

Members of the 2017 Japanese American Leadership Delegation embarked on a weeklong visit to Tokyo and Kanazawa, Japan, on March 3-11 to meet with top business and government officials, as well as participate in a symposium co-hosted by the U.S.-Japan Council and the Japan Foundation Center for Global Partnership.

The JALD program, now in its 17th year, provides the opportunity for a “select group of Japanese American leaders from across the U.S. to travel to Japan to engage with Japanese leaders in the business, government, academic, nonprofit and cultural sectors.”

The delegation also participated in a pretrip orientation in Los Angeles at the Japanese American National Museum on Feb. 3-4, during which they assembled in meetings facilitated by USJC President Irene Hirano Inouye and Senior VP Kaz Maniwa, along with Consul Shigeru Kikuma of the Consulate General of Japan in Los Angeles.

The JALD program is sponsored by the Ministry of Foreign Affairs of Japan and organized by the USJC.