Guest Columnist: The 2022 National JACL Convention Was Enjoyable and Memorable

I have worked on many JACL conventions in various capacities, including as chairman, a member of the JACL National Board and on the JACL staff. I was happy to help.

Thanks to everyone who attended the 2022 National Convention earlier this month either in person or virtually. Special thanks to the JACL staff, headed up by Executive Director David Inoue, the convention workers and volunteers, as well as everyone who participated in any way. Congratulations to all the awardees who were honored at the convention. 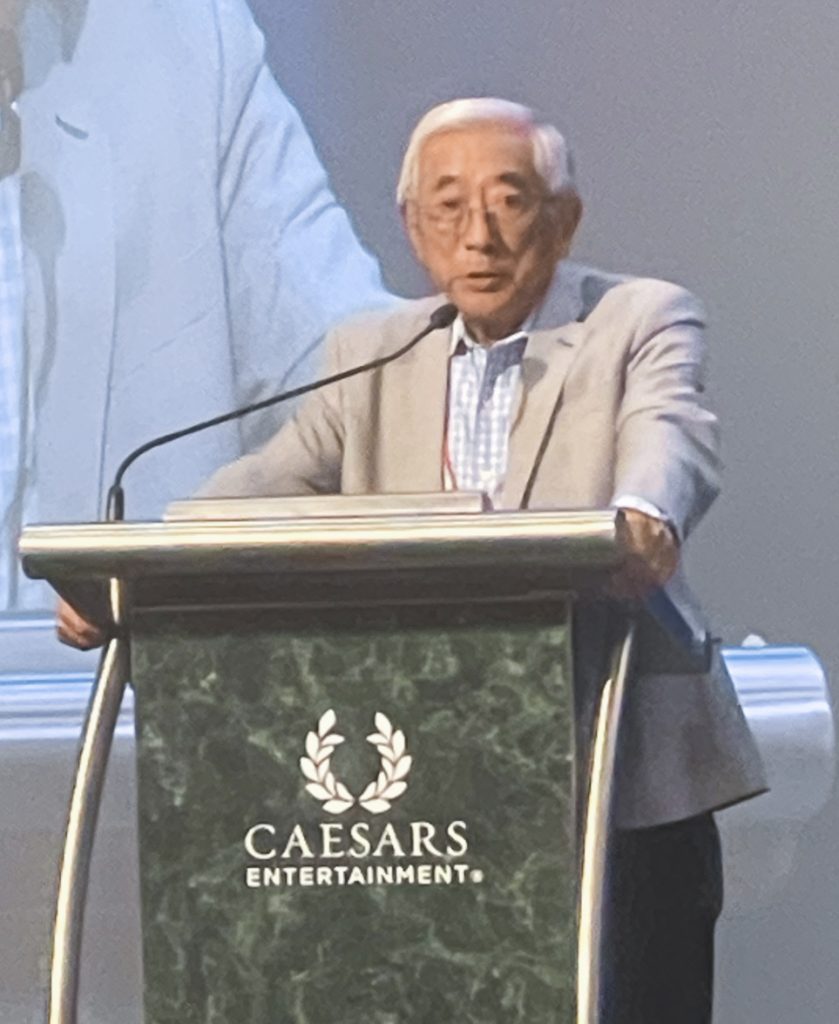 Floyd Mori, who has served JACL as past national president and executive director, served as this year’s National Convention chair. (Photo: Allison Haramoto)

The incoming President is Larry Oda, who previously served four years as national president. There are other positions on the National Board that are unfilled, so Larry will be making selections and appointments.

Any JACL members who are interested in serving on the National Board can contact Larry via email at loda@jacl.org. Be sure to also check out the JACL website to get additional information at www.jacl.org.

There were a number of JACL leaders and members who were recognized who have passed away since the last convention in 2019. The Hon. Norman Mineta was not present for probably the first time in decades. I have been attending JACL conventions for many years, and I always enjoyed seeing Norm and his wife, Deni, in attendance. He was one of the greatest leaders ever among Japanese Americans, as well as one of the greatest supporters of the JACL and other Asian American organizations. He was a friend to all.

In addition, two individuals who passed away after receiving awards in Salt Lake City at the last convention were Wat Misaka, the first nonwhite player in the NBA, and Greg Marutani, a JACL leader who did so much for the education aspect of the organization.

Two past national presidents who passed away were Lillian Kimura and Helen Kawagoe. Another who was normally at every convention for years was Mas Hashimoto, who passed away on June 20.

It was nice to see old friends and make new friends at the convention, all while JACL also took care of official business and came together to honor individuals at the awards luncheons and Sayonara Banquet.

Jeff Moy was presented with the Past President’s Pin. Other past National JACL presidents who were in attendance at convention were Kenneth Inouye, David Kawamoto, Larry Oda, Floyd Shimomura and myself.

Former Congressman Mike Honda was also present, plus other old-time JACLers such as Judge Dale Ikeda and Chip Larouche, who were both presented with Ruby Pin awards.

It was gratifying to see so many young people being willing to become involved JACL. They are our future and current leaders who will continue to guide the JACL as it nears its 100th anniversary and beyond.