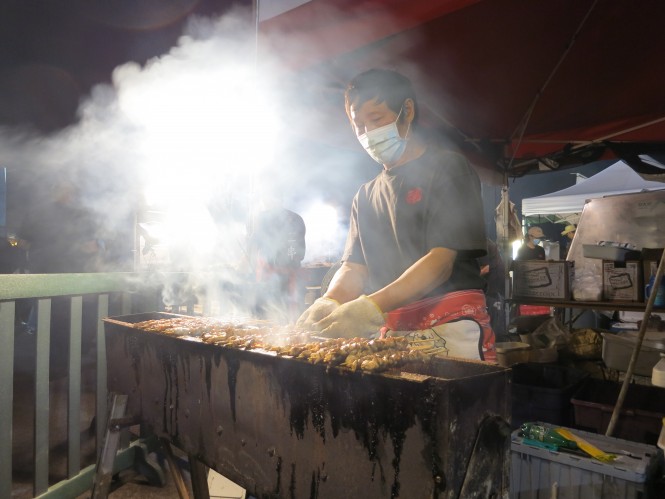 A hazy canopy of divine flavors and exotic spices filled the night sky, drifting above the bright, twinkling tent lights below where deep fryers, grills, smokers, stockpots, ovens and BBQ pits hustled through orders in a no-nonsense, no reservations kind of way. 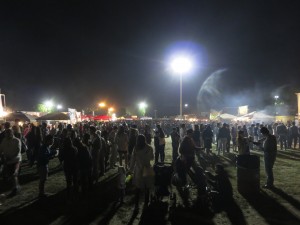 It was here at the OC Fair Grounds in Costa Mesa, Calif., that Orange County welcomed the 626 Night Market for the first time last month, attracting thousands of visitors over the May 9-11 weekend. The popular San Gabriel Valley attraction, appropriately named after its area code, hosted more than 200 food and retail vendors, performers, artists and filmmakers. It’s a foodie paradise. 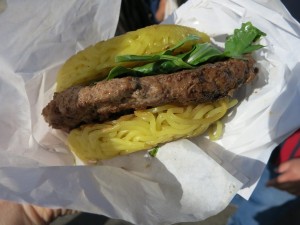 At the OC Night Market, a shredded beef and veggie option was available with cheese and bacon as an extra topping, but no ramen burger was complete without a side of shaka shaka fries. An order came with three options of either red miso seaweed, white miso cheese or garlic shoyu butter flavors.

Each order then came made to order, right in front of the customer.

But sometimes the dishes tasted better than they smelled, like the ever famous and glorious stinky tofu. 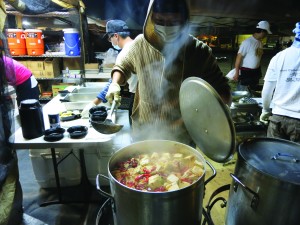 This national food of Taiwan is made from fermented tofu that is either boiled or fried and is served with pickled cabbage, bamboo shoots or a “thousand-year-old” egg. Although its flavors dazzle one’s taste buds, its smell, designed to destroy one’s nose, is a boiled fusion of sweaty armpits and a dash of fertilizer, giving vendors serving up the delicacy dibs on a corner plot in the Night Market, complete with industrial fans.

Customers popped open their plastic box containers to let out a steamy stench and were either excited or horrified. 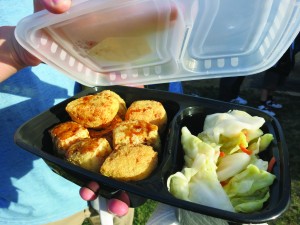 “I was really scared because you can just smell it,” said a first-time taster with his wife. “But it’s not bad. It tastes like fried eggs or something.” By 9 p.m., five hours after opening, a constant line of eager lovers and haters stood in front of the vendor booth.

Even Bobasaurus Rex returned for his second bite, coming in with 320 gallons of milk tea and boba. He now sits as the 626 Night Market’s official mascot. As the world’s largest boba cup, Bobasaurus Rex measures six feet tall and is equipped with a straw and plastic cover just as you would find it at a human-sized boba tea store. The iconic boba monster was merchandised and designed by a San Gabriel Valley artist discovered by Stan Lee at last year’s 626 Night Market at Santa Anita Park in Arcadia, Calif.

“I wanted to showcase all of this talent,” Jonny Hwang, founder of the 626 Night Market, said when asked about featured artists and local entrepreneurs. “I want people to discover new art and food because a lot of good things can happen from that.”

In 2010, Hwang kicked around the idea with friends about starting a night market similar to the ones he visited in Taiwan when he lived there with his family. At the time, Hwang’s day job was at a movie studio, and he spent his evenings working on his night market project. Two years later, Hwang and his team were set to host the first 626 Night Market for April 14, 2012, but only a few restaurant vendors had shown interest.

“We needed 80 vendors,” Hwang said, “and we were like, ‘OK, in two weeks if no one signs up, we have to cancel it.’” In the coming months, Hwang and his friends went door-to-door, asking their favorite restaurants and friends to sign up. At the two-week marker, Hwang was still short of vendors — until his cellphone overloaded with social media messages.

He checked the website stats after coming home from a business trip in San Francisco to find that the site went from 12 views a day to more than 5,000 overnight. People were sharing the website and event information across multiple social media platforms — from Twitter to Facebook to emails.

On April 14, 2012, Hwang and his team opened the first 626 Night Market at 5 p.m. in Pasadena, Calif. The team was prepared to receive roughly 8,000 hungry visitors, but after the first hour, vendors were running out of food.

Too many people had shown up.

“All hell broke loose after that,” Hwang recalled. “It was pretty traumatic actually.”

Traffic radiating from the streets surrounding the Pasadena event grew into a lockdown. The city of Pasadena and Hwang had not expected such a turn out and were unprepared for such a large response. On the same night, the 626 Night Market received more than 300 one-star reviews on Yelp.com, breaking the world record of one-star reviews. 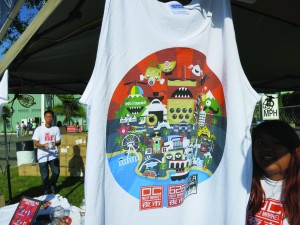 626 Night Market merchandise on sale with the monstrous Bobasaurus Rex as the mascot. Photo by Tiffany Ujiiye

But what seemed like a massive failure and a horrible world record was truly a message to Hwang and his team that there was a need for the 626 Night Market.

Three months later, Hwang tried again with the second 626 Night Market at Pasadena’s City Hall. The event occupied six to seven blocks around City Hall, with plenty of parking and easy access. Needless to say, the event this time went much smoother, with more than 50,000 visitors coming to explore the culinary creations that weekend; the following year, Hwang decided to relocate the event to the Santa Anita Park, the epicenter of 626.

Now in its third year, Hwang and his team are branching out past the San Gabriel Valley.

“We’re definitely looking to branch out and expand,” Hwang said. “DTLA is going to be a great next step with L.A. Live and the skyline in the background.”