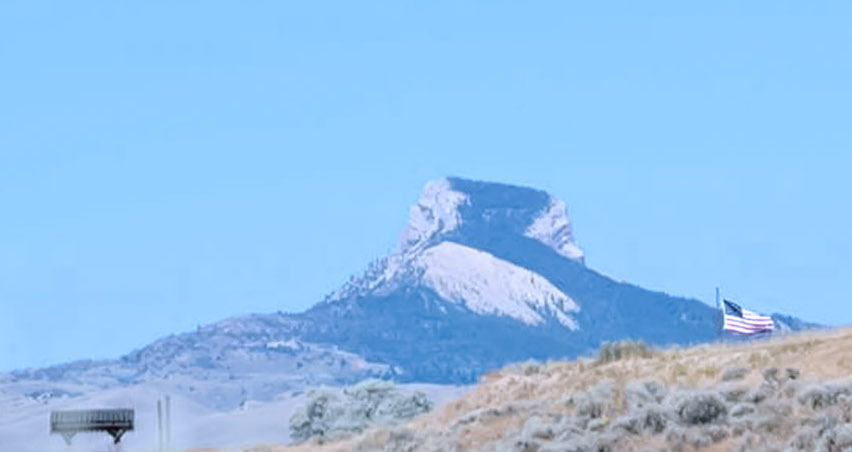 The ‘Heart’ of History

The need to use the incarceration story to connect to other groups is a central theme at the annual Heart Mountain Pilgrimage. 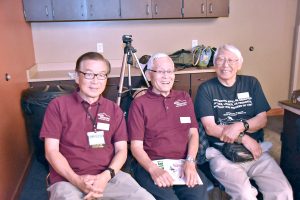 Sam Mihara, a former prisoner at Heart Mountain, looked at the crowd in the Grizzly Room of the Park County Library in Cody, Wyo., and asked, “Who has come to Heart Mountain for the first time?”

About two-thirds of the crowd raised their hands.

The attendance of close to 450 people of all ages and colors on July 28 and 29 set a record for the annual Heart Mountain Pilgrimage and the nearby Heart Mountain Interpretive Center.

The record crowd, pilgrimage organizers said, reflected a growing public awareness of the incarceration of Japanese Americans during World War II and its increased relevance as the Trump administration institutes a ban on Muslim immigration and travel to the United States.

“Revisiting failed policies from 75 years ago is not going to make America great again,” said Ann Burroughs, the new president and CEO of the Japanese American National Museum in Los Angeles, during her keynote address at the pilgrimage.

Burroughs’ comments reflected a common theme mentioned throughout the pilgrimage — the need to use the incarceration story to connect to other groups. She recounted how she was imprisoned during the 1980s for fighting the apartheid policies in her native South Africa. The brutality of apartheid South Africa and the injustice of WWII internment can be attributed to the “corrosive power of discrimination,” Burroughs said.

Beyond the need to acknowledge that discrimination against one group of people can lead to attacks on others, the weekend’s pilgrims also reflected on the fights against various other forms of injustice.

Mihara’s presentation on the stories of five Nisei provided more than first-hand accounts of life behind barbed-wire fences. It also posed the question: Could this happen again? The consensus answer was yes.

Nancy Ukai gave a talk about the grassroots fight against the sale of 450 pieces of incarceree artifacts, known as the “Eaton Items,” two years ago by auction house Rago Arts. It was a fight she says raised the potential to use the artifacts to explore the personal stories and the political context of the incarceration.

The battle to save the Eaton Items in 2015 was bolstered by the legal advocacy of the Heart Mountain Wyoming Foundation, which helped force Rago Arts to the stop the sale. That legal battle is chronicled in a new article in the University of California, Berkeley’s Asian American Law Journal.

“By researching the different objects and uncovering the human stories, we hope to let the artifacts ‘speak’ and become a portal in this history, which is so relevant to society now,” Ukai said.

Bacon Sakatani, who was incarcerated at Heart Mountain as a child, discussed the artwork of Estelle Ishigo, who was imprisoned with her husband at Heart Mountain. Ishigo also assisted Allen H. Eaton in collecting the objects that Rago Arts attempted to auction off in 2015.

The surge in pilgrims this year was sparked in part by an increasing awareness of the younger generation of Japanese Americans who have learned about the incarceration in recent years, often through exposure to books and other media. 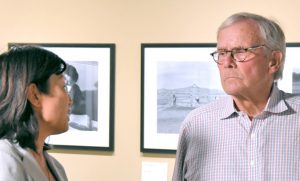 Longtime NBC anchor and commentator Tom Brokaw returned to the pilgrimage this year to do a special report; he participated in the 2011 grand opening. His report, which aired on the “Today Show” on Aug. 1, called the incarceration an outrage and featured former prisoners the Hon. Norman Y. Mineta, later a congressman and Cabinet official; Raymond Uno, a retired judge from Utah; Heart Mountain Wyoming Foundation Chair Shirley Ann Higuchi; and board member Dana Ono.

Brokaw’s story also focused on the friendship between Mineta and former Wyoming Sen. Alan Simpson, who met during World War II at a Boy Scout jamboree held behind the camp’s barbed wire.

The Washington Post was also present; reporter Lori Aratani, whose uncles were incarcerated at Heart Mountain, was there to report on the pilgrimage and connect with her family’s past.

Former prisoners and their families took part in multigenerational discussions about the impact of the incarceration on their families. Those panels were led by Aura Newlin, a board member whose great uncle, Clarence Matsumura, served in the 442nd Regimental Combat Team and helped liberate the Dachau concentration camp in Germany.

The discussion sessions split into groups in which participants became emotional as they recounted their families’ stories. Many said they only learned about their families’ experiences as adults.

Not every camp experience was presented as negative. Uno, whose World War I veteran father died in camp, brought 47 family members to the pilgrimage. He talked about the unforeseen positives of incarceration and how it inspired a career working on civil rights.

Uno’s remarks were followed by the presentation of videos created during a new feature of the pilgrimage — a Spoken Word Video Workshop inspired by the success of last year’s Digital Storytelling Workshop.

Emmy-winning filmmaker Jeff MacIntyre and artist G Yamazawa arrived a few days early to work with nine people of all ages with varying levels of poetry experience to write, record and edit together spoken word videos, music and family photos.

One participant was Paiton Gleeson, a 17-year-old from Huntington Beach, Calif.

“I would like to step into the shoes of the people who shaped my life, understand the way it felt to wear their skin when it was the very thing they wanted to crawl out of. I’d like to know what it would be like to wear barbed wire around my neck instead of pearls,” she said in her video. Her grandmother sat in the audience and watched as pictures of herself at camp shone on the screen.

MacIntyre and his documentary partner David Ono, an anchor at KABC-TV in Los Angeles, also previewed their new documentary “Faceism,” which uses the incarceration to show other types of discrimination in the United States.

The documentary focuses on artists G Yamazawa and Roger Shimomura, whose work is currently on display at the Heart Mountain Interpretive Center.

Other events throughout the weekend included a speech by Consul General Hiroto Hirakoba from Japan; a reading by Shig Yabu of his children’s book “Hello Maggie!”; guided tours of the Heart Mountain property; and a performance of folk songs by Brown PhD student Julian Saporiti.

Pilgrims also raised more than $40,000 to help restore a former barrack from the camp that now sits near the Interpretive Center. There, former incarceree Yabu held court for much of Saturday with his stories about camp life.

Doug Nelson, the foundation’s vice chair, said he would use the $40,000 to seek matching grants from other foundations, perhaps raising $120,000 to restore the barrack. After the closing of the camp in November 1945, the barracks were distributed to homesteaders and local residents. Many have been converted into homes and farm buildings, which is documented in a book and photo series by Sharon Yamato and Stan Honda. They are displayed in the barrack.

Before the closing reception, a storm rolled in, darkening the skies and nearly toppling over the tent. It was a brief glimpse of the unpredictable weather and dust storms that tormented the prisoners held there during the war.

Just as the guests arrived, almost symbolically, the storm settled. After a long weekend of emotional healing and storytelling, the pilgrimage ended, with friends and family honoring their shared past as the sun slipped behind Heart Mountain.

The attendance of nearly 450 participants at this year’s Heart Mountain Pilgrimage set a record. Here, they listen to the Saturday morning Opening Ceremonies. (Photo: Maggie Locker)