The Miami Dolphins, Roughing the Trainer 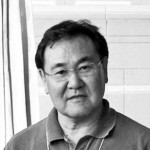 The case of Jonathan Martin, a former member of the Miami Dolphins football team, has been and continues to be an interesting sidebar for the National Football League. Martin left the football team on Oct. 28, 2013, and it was discovered that he had been the target of unrelenting bullying by three of his teammates: Richie Incognito, Mike Pouncey and John Jerry. This behavior was chronicled in a “Report to the National Football League Concerning Issues of Workplace Conduct of the Miami Dolphins” that was issued on Feb. 14, 2014.

They addressed the assistant trainer in a mock Asian accent and made vulgar requests (omitted here), as well as made demands such as “give me some water you f–king chink.” According to the report, this conduct took place frequently and happened in the presence of other Dolphin employees, including the assistant trainer’s supervisor without anyone interceding to stop or correct the behavior.

Incognito claimed he acted in humor and that he didn’t perceive a power difference between himself and the assistant trainer. The slur-laced demands made by Incognito and Pouncey aren’t exactly the vocabulary of humorists. They are the words used by those who choose to minimize and oppress their targets. It appears the assistant trainer’s status, demeanor and physical characteristics made him a convenient target in a workplace environment that condoned bullying.

The report hit the mark when it said, in part, “We also find the treatment of the Assistant Trainer particularly troubling because he was not a fellow football player, but a subordinate, a member of the training staff. In our view, it is likely that the Assistant Trainer felt that he had no standing or ability to fight back, and feared the loss of his job if he protested and the players did not take kindly to his complaints . . .”

The lack of candor by the assistant trainer in cooperating with the report for fear of “losing the trust of the players” is not unusual. Victims often acquiesce and feign agreement with a bully in order to survive.

Many years ago, I called out Chicago Cubs broadcaster Harry Caray for his use of the J-word on air and for saying, “I don’t feel slanty-eyed today, do you?” during a pregame interview with the Cubs’ manager in referring to then-Dodger pitcher Hideo Nomo. Interestingly, this incident became a headliner in the Chicago newspapers, causing Caray to respond.

In a letter to me, Caray explained that because the Cubs’ clubhouse manager, who was Japanese American, accepted the slur as a “colloquialism,” I was overreacting. In fact, he went on to say I had embarrassed the clubhouse manager. Seems as though Incognito had predecessors in concocting lame excuses and leveraging power differentials.

In a widely distributed quote, Dolphins head coach Joe Philbin recently said the team would have a better workplace environment. Based on the findings in the report, we would hope so.

Individuals should be sanctioned, workplace policies must be revised and clarified and training should be instituted so that employees such as the assistant trainer will never again feel the sting or threat of racial harassment. The cleansing of this mess continues.

The team is conducting an internal review, and it awaits recommendations from an independent advisory group. We will follow this with interest.

*On March 11, Martin was traded to the San Francisco 49ers, where he will be reunited with his former Stanford University Coach Jim Harbaugh, who is now head coach of the Niners. At press time, Incognito and Jerry remain unsigned.