Three Unmissable Books That Can Help Us Honor Our Past

‘It was books,” wrote social critic James Baldwin, “that taught me that the things that tormented me most were the very things that connected me with all the people who were alive, or who had ever been alive.”

As Japanese Americans, our history and experiences offer far greater lessons than simple condemnations of the racism, war hysteria and failure of political leadership that led to our mass incarceration. Rather than trapping us in ancient history, our community’s unique moral perspective can advantage us to speak into a number of modern social struggles, connecting us with all people who are alive.

In this vein, here are three unmissable books that can help us honor our past as we continue to draw fresh connections to present challenges.

1.  ‘The New Jim Crow: Mass Incarceration in the Age of Colorblindness” — In this landmark and popular work, legal scholar Michelle Alexander meticulously documents the socially engineered rise of mass incarceration in the United States, connecting this disturbing trend to Jim Crow, a system of racist laws and traditions that targeted African-Americans following the formal abolition of slavery.

Alexander’s intellectually rigorous work — packed with concise and straightforward statistics — is able to satisfy all who tackle it, from the casual reader to the amateur critical race theorist to the law professor. The biggest takeaway from the project is the author’s revelation of the extent to which both our country’s carceral system and
conceptions of race itself have been shamelessly doctored, carefully crafted to serve white economic and political interests.

As descendants of one of America’s most notable mass incarcerations, conversations on prison reform and abolition should matter deeply to Japanese Americans. “The New Jim Crow” gives us the language to speak meaningfully of this issue, providing practical tools with which we might dismantle a swollen prison system borne of systemic racism. This book is an educational necessity, and with it Japanese Americans might join activists and educators in beginning to uproot a predatory prison industrial complex in favor of establishing more rehabilitative, community-based justice solutions.

2.  ‘The Case for Reparations” — Technically, this one isn’t a book, but the Atlantic’s June 2014 cover story needs to be included on this list because its 16,000-word report is essential reading for not only Nikkei but all Americans. This journalistic opus, which took author Ta-Nehisi Coates over two years to complete, is artistic  polemic, argument by historical narrative. The essay painstakingly traces a brief history of anti-black racialized oppression in the United States and tells the stories of  several African-Americans who have been viscerally affected by specific grievances including federal redlining and housing/loan discrimination, which they indict as direct causes for lasting economic and personal ruin.

The reader begins to understand that reparations for these injuries are not only practically feasible for these still-living individuals, but morally necessary.

“The Case for Reparations” concludes by encouraging thoughtful citizens to support the passage of legislative measures like HR 40, which calls for the formation of a federal commission to formally examine the institution of chattel slavery in the United States and make official recommendations on how to best ameliorate its lingering impacts. This language should be familiar to Japanese American activists, who won passage of a national redress bill after a bipartisan federal commission presented its findings on the wartime incarceration and its lasting effects in a damning report entitled “Personal Justice Denied.”

A modern movement for reparations, Coates insists, would encapsulate “more than recompense for past injustices — more than a handout, a payoff, hush money or a reluctant bribe . . . [but] a national reckoning that would lead to spiritual renewal.” The Nikkei who survived America’s concentration camps and who successfully lobbied their government for redress are intimately familiar with this sort of renewal. As we fought for redress and apology, Japanese Americans witnessed special life flow into our broken
community. Inspired by the civil rights movement, we came together to grieve, conspire and champion an unprecedented healing and restoration. Reading Coates’ work should be a special pleasure for Japanese Americans, who can naturally inhabit a crucial role as allies for all movements for reparations. 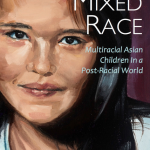 Historic and recent trends describe the relatively high rates of intermarriage between Japanese Americans and other ethnic groups, and mixed ancestry Asian children are now among the quickest-growing demographic in this country. As our community’s racial makeup continues to diversify, Japanese Americans must frame these shifts not as racial hemorrhaging, as a loss of purity, but as an asset, steadily accrued by holding a plurality of perspectives in creative tension.

If we are to capture the imagination and membership of our community’s next generational cohort, we must become fluent in nascent conversations on multiracial identity, jettisoning outdated concepts of diluted blood, rejecting talk of the inimitable aesthetic beauty of mixed-race people. “Raising Mixed Race” is undoubtedly set to become the benchmark tome on this subject, the powerful academic lighthouse by which all Americans will be able to navigate these constantly shifting waters.

Although these three literary works are relatively recent, mass incarceration, redress/reparations and multiracial identity have constituted the heart of our community for the better part of a century. These books are among the best to give us a crash course in renewing sacred history, buoying us forward as we address novel social challenges. By continuing to connect with modern activism and others’ shared humanity through great literature, we ensure that the task of preserving our legacy does not sour, congealing into moralistic waste.