After three years, JACLers unite in person to carry on the organization’s rich heritage, promote its civil rights and education mission and, above all, plan its future.

“We’re finally all here together!” welcomed JACL Executive Director David Inoue during the organization’s welcome reception at the Bally’s Hotel and Casino in Las Vegas to kick off its National Convention “Strengthening Our Community Through Action” from Aug. 3-7.

For the first time since 2019 because of the Covid-19 pandemic (and with Covid health protocols in place), JACLers from across the country united in person and virtually to discuss the organization’s goals, hold National Council meetings, elect a new National Board, pass the biennial budget and take part in workshops and plenary sessions. JACL also partnered with OCA-Asian Pacific American Advocates to hold special joint programming sessions.

“Welcome everybody, we’re here. We made it!” said National President Jeffrey Moy in his opening remarks. “Thank you to all the staff for making this happen and to the National Board. It’s been such a crazy time. I reflected this morning that those of us who have been serving on the board — we met in person today for our last National Board meeting. … Everyone made it happen. They dug in, pushed through, and I thank you all very much.”

Echoed Convention Chair and past JACL National President/Executive Director Floyd Mori: “We have a very rich heritage here in JACL to carry on. We have many things to do today and in the future, and we can’t do it without people like you who show interest in the issues. … [Let’s] continue to be engaged in the future and do what we can to help JACL.” 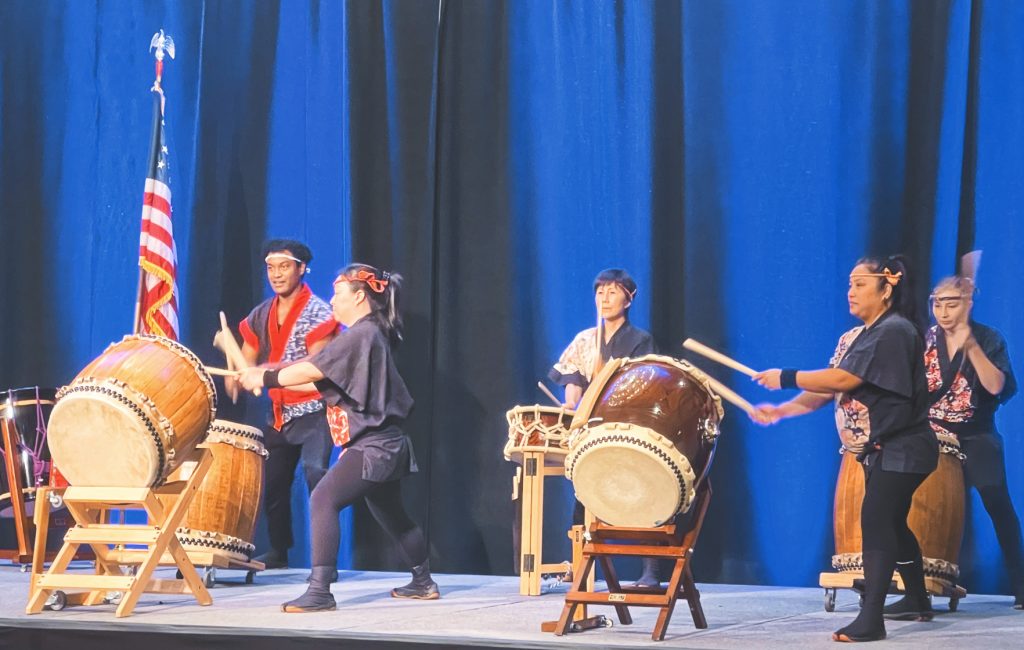 JACL convened several National Council meetings throughout the convention to take care of its business agenda.

In spite of the Covid obstacles, JACL continued to support and advance civil rights issues, as well as grow its national staff to better meet the growing challenges. In his summary report, Inoue announced that JACL continues to focus on anti-Asian hate, support the Norman Y. Mineta Japanese American Confinement Education Act, is working with its coalition partners on HR 40, held an in-person Leadership Summit and is working with the Japan International Cooperation Center to resume the Kakehashi program later this year.

David Lin, VP of Planning and Development, presented an update on JACL’s Centennial Education Fund campaign’s $3 million goal. Launched last fall, the campaign aims to fund the organization’s education mission and as of July has brought in $1.3 million.

Among the convention’s main order of business was approving the 2023-24 biennial budget. Secretary/Treasurer Matthew Farrells brought JACLers up to speed with the organization’s current financial situation, stating that through May 31, year-to-date results were “impacted relative to prior years primarily driven by net gains/losses on investments (unrealized losses).” Net assets declined by $1.6 million resulting in total net assets of $14.2 million.

“We have come a long way over the past two years,” said Farrells. “Recent market volatility has impacted us, but … overall, we’re in a good position.” 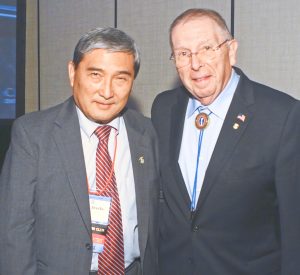 Spirited discussions were held about JACL’s Legacy Fund Grant policy, the purpose of which is to “establish the management standards and practices for the JACL Legacy Fund, including, without limitation, distribution and spending policies of the fund.”

Debate over the endowment spending policy and the true definition of the corpus was explained to the National Council in presentations given by CCDC’s Dale Ikeda and EDC’s Paul Uyehara, who announced that a compromise on several points was negotiated by PSW’s Ken Inouye.

In its final order of official business, JACL announced the election results for its new National Board for the 2023-24 biennium.

“I’m really excited about the people who have stepped up to serve on the National Board. … Things change, and we need to keep up. We need to keep right on our feet and be adaptive. With your help, we can do that and become an agile organization and draw more people in to do our mission,” said new President Larry Oda.

At its Awards Luncheon, Dr. Katherine C. Tobin was presented the JACLer of the Biennium Award.

Tobin, a member of the Watsonville-Santa Cruz chapter and former history student of longtime JACLer Mas Hashimoto, who passed away recently, acknowledged the importance of JACL members to continue to push hard for civil rights no matter one’s race, creed, sexual orientation or place of origin.

Among its chapter highlights, Twin Cities is celebrating its 75th anniversary as a chapter and created a four-part virtual program that was designed in response to the murder of George Floyd, as well as tirelessly works to improve community safety in Minneapolis.

The NY/SC Awards Luncheon honored Vision Award recipient Okaeri, which was accepted by Marsha Aizumi, who founded Okaeri to connect individuals and families with LGBTQ+ Japanese/Japanese Americans and allies, and Rino Kodama.

“Today, more Japanese parents are not struggling alone. More families are having honest conversations with their LGBTQ+ loved ones,” said Aizumi. “Okaeri has become a place to come together and learn, grow and courageously share feelings. … Okaeri’s vision is to create a world where all LGBTQ+ families are respected, embraced and celebrated.”

And at its Sayonara Gala on Aug. 6, Moy awarded Congresswoman Grace Meng of New York with the President’s Award, and Sam Mihara and Dianne Fukami were named Japanese Americans of the Biennium.

Mihara, an award-winning educator, activist and leader, has given presentations on his personal incarceration experience at Heart Mountain during World War II to more than 90,000 individuals.

Fukami, whose career spans decades in the TV news industry and now includes producing documentary films, including one about the life and legacy of the late-Hon. Norman Mineta, thanked the JACL community for its support of her work throughout the years and Mineta himself.

“Strengthening our community through actions aligns with the way I have tried to lead my life. … Over the years, I’ve learned much from Norm, but there are two things I want to share tonight [that he told me]: 1) Be involved; 2) Just go out there and do it,” said Fukami.

Following installation of the new National Board officers by the Hon. Mike Honda, guest performer Phero Hill livened up the crowd with original songs dedicated in memory of his grandparents.