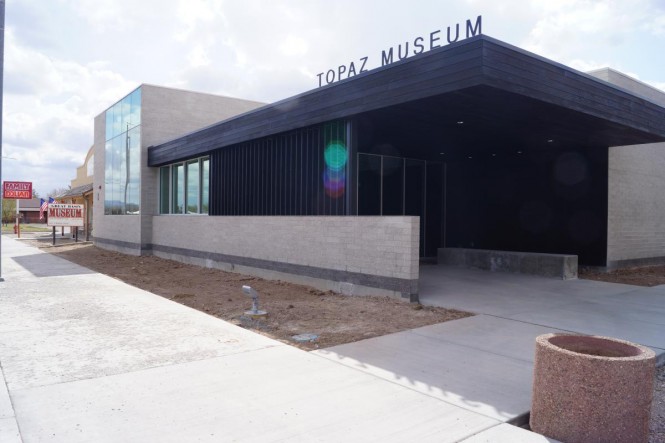 DELTA, UTAH — The Topaz Museum board recently received a $497,186 Japanese American Confinement Sites grant from the Department of Interior, National Park Service. The grant, announced on June 12 by the NPS, will be used to manufacture and install the exhibits for the Topaz Museum and make it possible to open the museum’s doors to the public in 2015.

The Topaz Museum’s exhibits have been in the planning stage since 2008, when the museum board began working with West Office Exhibition Design, a San Francisco Bay Area firm whose work is exhibited nationally and internationally.

Following the announcement of the grant, the NPS, members of the Topaz Museum board and Japanese American community stakeholders from the San Francisco Bay Area met in Reno, Nev., to develop a plan to produce the text for the museum exhibits. Participants there shared their thoughts on important themes and key messages to be reflected in the exhibits.

A plan was developed that consists of the following:

• Museum exhibits will follow a chronological narrative, as designed.

• A writer and designer, along with a text/exhibit advisory group of four people, including historians, scholars and interpretive experts, will revise the current narrative to reflect input from the Reno meeting and previous comments on the draft narrative.

• A text/exhibit review group composed of other historians, scholars, interpretive experts outside the process, as well as the NPS and a group of community stakeholders, will review and comment on exhibits. This group will make recommendations for any necessary revisions.

• Public meetings will be hosted once there is a product to present. The public will review and comment on the draft product and identify any significant gaps or issues. Any necessary adjustments will be made by the writing/design team.

• There will be continuing communication with community stakeholders on the progress of this plan to seek input when necessary.

The Topaz Museum board also recently hired Sarah Bartlett as the museum exhibit text writer. Bartlett, who works for Split Rock Studio, was the writer for the award-winning exhibit at the Heart Mountain Interpretive Center.

In addition, the board has named a four-person advisory group to work with Bartlett on the update of the exhibit narrative. The group includes Dr. Franklin Odo, who now leads a Theme Study on Asian Americans and Pacific Islanders that will be published by the NPS in early 2016; Dr. Cherstin Lyon, an associate professor of history at California State University, San Bernardino, whose work focuses on Asian American history, citizenship, immigration and public and oral history; Dr. Greg Robinson, professor of history at l’Université du Québec À Montréal; and Nancy K. Araki, founding volunteer and first staff member of the Japanese American National Museum in Los Angeles.

The museum, located in Delta, Utah, is 16 miles from the Topaz site, where more than 11,000 Americans of Japanese ancestry were incarcerated during World War II. The Topaz Museum board owns 634 acres of the site, which became a National Historic Landmark in 2007.

The exhibit development was funded, in part, by a grant from the U.S. Department of the Interior, National Park Service, Japanese American Confinement Sites Grant Program.