‘Righting a Wrong: Japanese Americans and World War II’ wraps up its run in the Grand Canyon state.

The Smithsonian Traveling exhibit “Righting a Wrong: Japanese Americans and World War II” completed its run recently in Phoenix, Ariz. The exhibit, which opened on Jan. 26 and closed on April 7, kicked off its national tour in the Grand Canyon state through a majority sponsorship by the Japanese American Citizens League Arizona chapter. 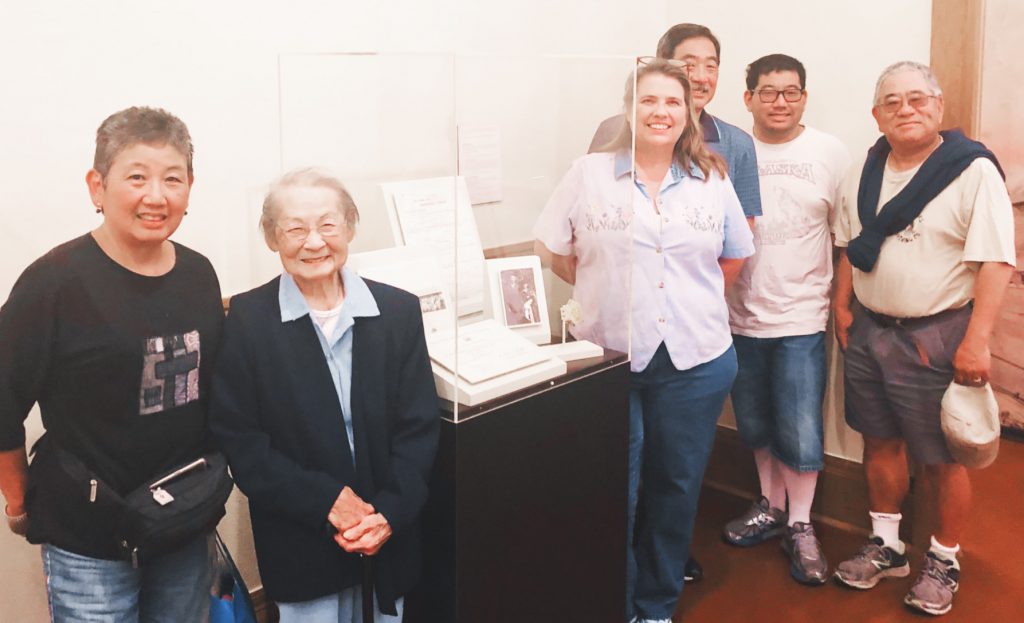 Eunice Kurisu (pictured second from left) and her family traveled from Nevada to view the Arizona exhibit. On April 20, 1944, Eunice married Jim Kurisu while incarcerated in Jerome, Ark. Her wedding photo and marriage license are part of the exhibit. (Photo: Courtesy of Naomi Primeau, Arizona Capitol Museum)

Others who helped bring the exhibit to Arizona included the Asian Pacific American Studies, School of Social Transformation at Arizona State University; the Arizona Asian Chamber of Commerce in memory of Dr. Ted Namba; and the Arizona Capitol Museum Guild & Dee Steen.

Embracing themes that are as relevant today as they were 75 years ago, the exhibition takes a deep look at immigration, prejudice, civil rights, heroism and what it means to be an American. Underlying these themes, the broader question emerges: What kind of nation do we want the U.S. to be?

The national exhibit was localized with Gila River and Poston camp  archeological artifacts on loan from the JACL Arizona chapter. The exhibit’s presence also created opportunities for Arizona-specific companion programming. 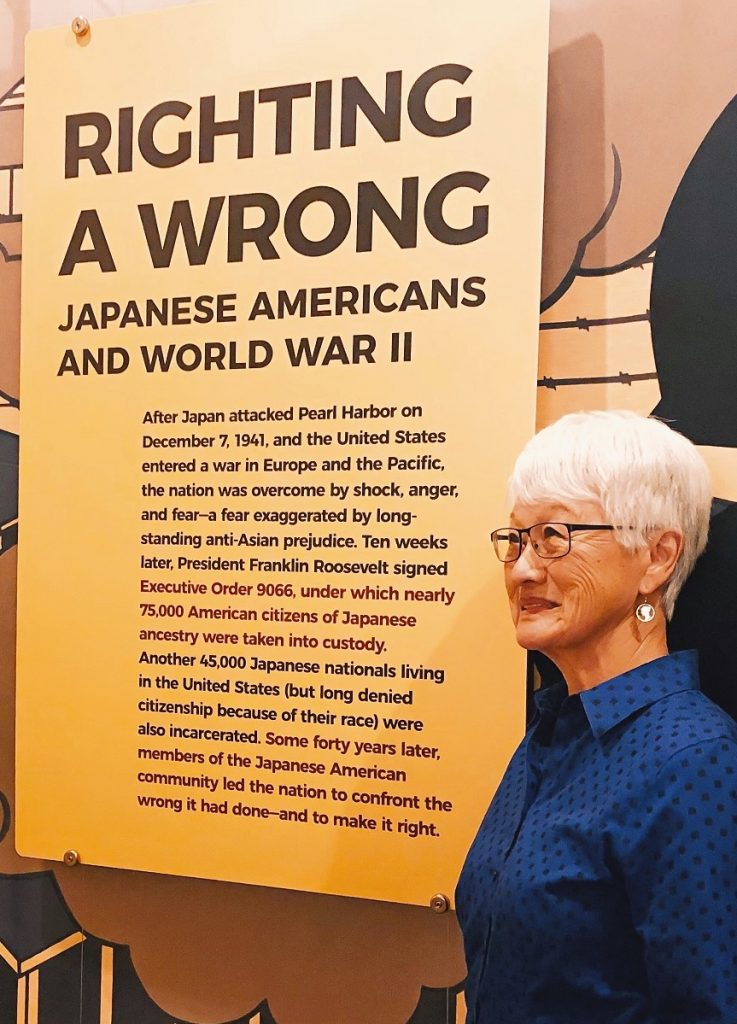 “Righting a Wrong” held a public unveiling on Jan. 30, a date recognized as Civil Rights Day throughout the state. The designation celebrated the life and legacy of civil rights pioneer Fred T. Korematsu on what would have been his 100th birthday. His daughter, Karen Korematsu,  attended the event as a special guest of honor.

Throughout its 10-week run in Arizona, the exhibit served as the backdrop for several cultural and educational events, such as its  official opening on Feb. 19 to mark the Japanese American Day of  Remembrance.

Several educational and cultural programs were offered to the public as well. These events were made possible through a grant provided by the ASU Asian Pacific American Studies and included:

“For the Sake of the Children,” a movie screening and discussion with filmmaker Marlene Shigekawa

“Gila River Cleanup —Visit and Program at the Museum,” which was well-attended by out-of-state guests, students from elementary to graduate schools and Arizona JACL community members.

The exhibit and companion programs created an environment in which people from all walks of life shared their thoughts on the Japanese American wartime incarceration, its impact on identity and intergenerational trauma and how it speaks to current events.

“The incarceration of Japanese Americans is an important part of American history that should  never be forgotten,” said Donna Cheung, JACL Arizona chapter president.

Cheung said the exhibit serves as an important reminder that we have a responsibility to make sure that our nation does not repeat the mistakes of the past.

“If we see those social forces, prejudice, hysteria based on fear-mongering, failure of political leadership — we need to step up as community members to say, ‘Not again,’” Cheung concluded.

To learn more about this exhibit, visit the official website at https://americanhistory.si.edu/righting-wrong-japanese-americans-and-world-war-ii.