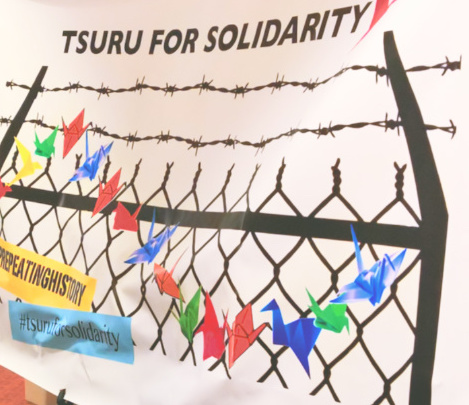 The social justice advocacy group plans to bring 125,000 paper cranes to Washington, D.C., as expressions of solidarity with immigrant and refugee communities.

Tsuru for Solidarity and Japanese Americans from across the country will gather in Washington, D.C., from June 5-7 for a “National Pilgrimage to Close the Camps” in support of immigrant and refugee communities that are under attack today.

The social advocacy group plans to also bring 125,000 paper origami cranes, or tsuru, as expressions of solidarity. The 125,000 cranes represent the members in the Japanese American and Japanese Latin American community who were rounded up and wrongfully incarcerated in U.S. concentration camps during World War II.

Standing on the moral authority of the group’s own unjust incarceration, the protest will demand that no matter where someone came from or how they arrived to the U.S., they must be treated with dignity and respect.

Members of Tsuru for Solidarity plan to stand with immigrant communities to condemn the policies that dehumanize them, including ICE detention; jailing and separation of parents, families and children; and the Muslim ban.

“We expect this to be the largest gathering of Nikkei since WWII, when we were forcibly removed from our homes and incarcerated in U.S. concentration camps,” said Mike Ishii, one of the lead organizers. 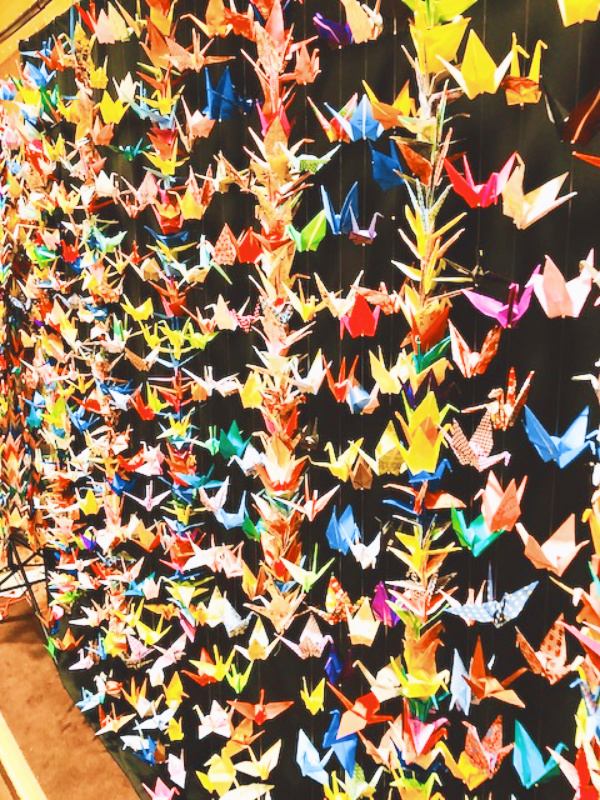 Tsuru for Solidarity plans to bring 125,000 origami cranes, or tsuru, to Washington, D.C., as a sign of unity and support for immigrant and refugee communities. Pictured are origami tsuru (cranes) that were on display at the 2019 JACL National Convention in Salt Lake City. (Photo: Michael Iwasaki)

Leading up to the June 2020 pilgrimage, Tsuru for Solidarity is currently concentrating on the following:

The group invites supporters to organize local “Tsuru Fold-Ins” to bring tsuru to Washington, D.C., or mail them to the group by May 1. Details, including where to send tsuru, are available on the group’s website (www.tsuruforsolidarity.org).

Tsuru for Solidarity is actively raising funds to help cover the substantial costs of the caravan, protest and healing circles. Its goal is to raise $125,000 in individual contributions: $1 for each member of the community who was rounded up and incarcerated during WWII. To reach this goal, it is asking that 1,000 people step forward to contribute at least $125.

Additionally, thanks in part to the generosity of Gerry and Gail Nanbu, all donations made until Dec. 1 will be matched, up to $25,000.

“This match challenge is made in remembrance of our families, whose courage and resilience in the face of adversity has taught us to stand up for justice,” the Nanbu’s wrote in a statement.

Tsuru for Solidarity’s fiscal sponsor, Densho, is a 501(c)(3) nonprofit organization. All donations are tax-deductible. For more information or to contribute, visit https://tsuruforsolidarity.org/give/.

The three-day program in Washington, D.C., will include:

Additionally, in the days preceding the D.C. program, a caravan of buses will leave from Los Angeles and other locations. These buses will carry a smaller group of activists to WWII concentration camp sites and present-day immigrant detention sites, where they will join in solidarity with local activists who are leading efforts to shut down these sites.

The caravan will then join the larger group in Washington, D.C. Work is currently being conducted to schedule meetings with Congress while the caravan is en route.

For updates and pilgrimage registration information, please visit www.tsuruforsolidarity.org. Information about lodging and other costs will be provided when registration opens in early 2020.