In her advocacy work to help others cope with mental health trauma, Ina earns a presidential citation.

Dr. Satsuki Ina, a psychologist who has used her incarceration experience to help thousands of patients cope with the challenges of mental health trauma, received a presidential citation from the American Psychological Assn. on March 8. 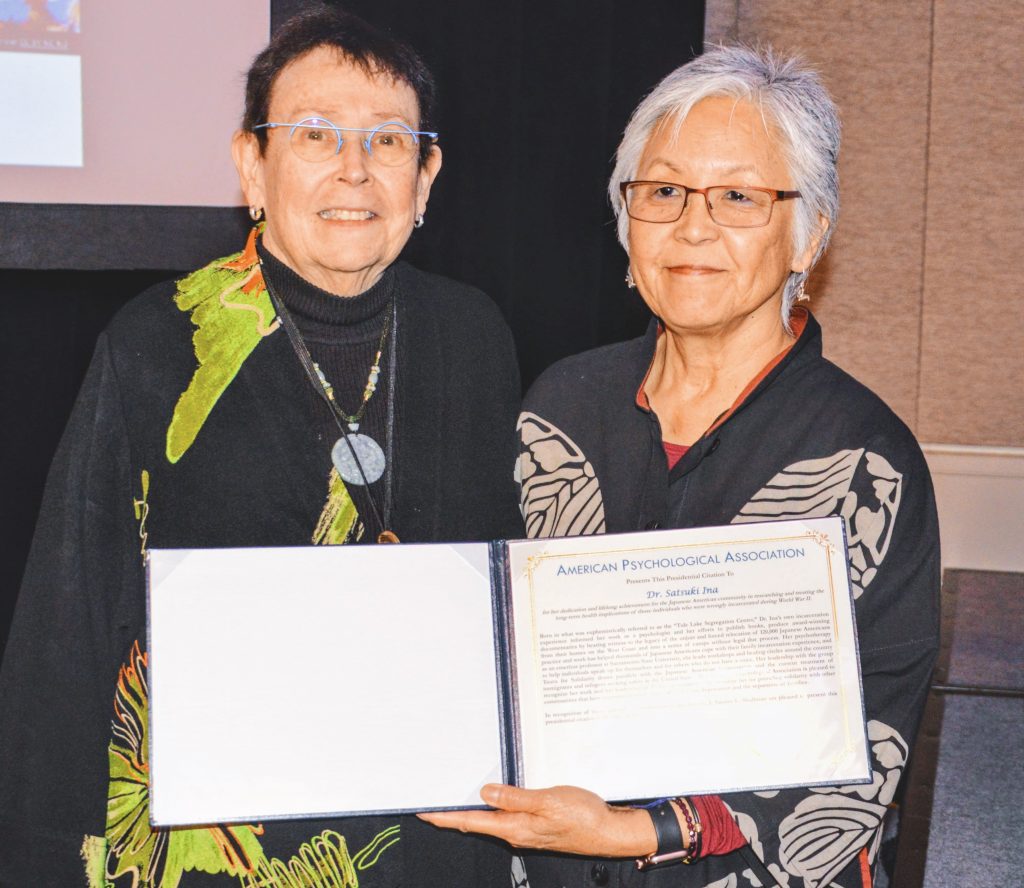 Ina received the award after she participated in a panel discussion about the parallels between the Japanese American incarceration and the detention of immigrant children on the U.S.-Mexico border. The panel was moderated by Shirley Ann Higuchi, a senior director for legal and regulatory affairs at APA.

“Born in what was euphemistically referred to as the ‘Tule Lake Segregation Center,’ Dr. Ina’s own incarceration experience informed her work as a psychologist and her efforts to publish books, produce award-winning documentaries by bearing witness to the legacy of the unjust and forced relocation of 120,000 Japanese Americans from their homes on the West Coast and into a series of camps without legal due process,” said the citation, which was presented to Ina by APA President Dr. Sandra Shullman.

Ina is a leader of the group Tsuru for Solidarity, which cites the Japanese American incarceration as one of the main reasons to stop the current border detention policies, which have been shown to cause severe trauma for detained children.

Also in attendance at the APA panel was Heart Mountain board member Aura Matsumura Newlin and Dr. Arthur Evans, the association’s CEO, who has also visited Heart Mountain.