Tsuru Rising in Seattle and Tacoma

On June 7, Seattle Tsuru for Solidarity members, the JACL and Japanese American community gathered in front of the old Immigration Station and Assay Office in the International District in Seattle. There, they held signs and tsuru and listened to Stanley Shikuma talk about the infamous history of the building when it served as a detention center from 1934-2004.

Those gathered then headed for the Northwest Detention Center in Tacoma for a honk-in to demand freedom for the immigrants being held at the center. 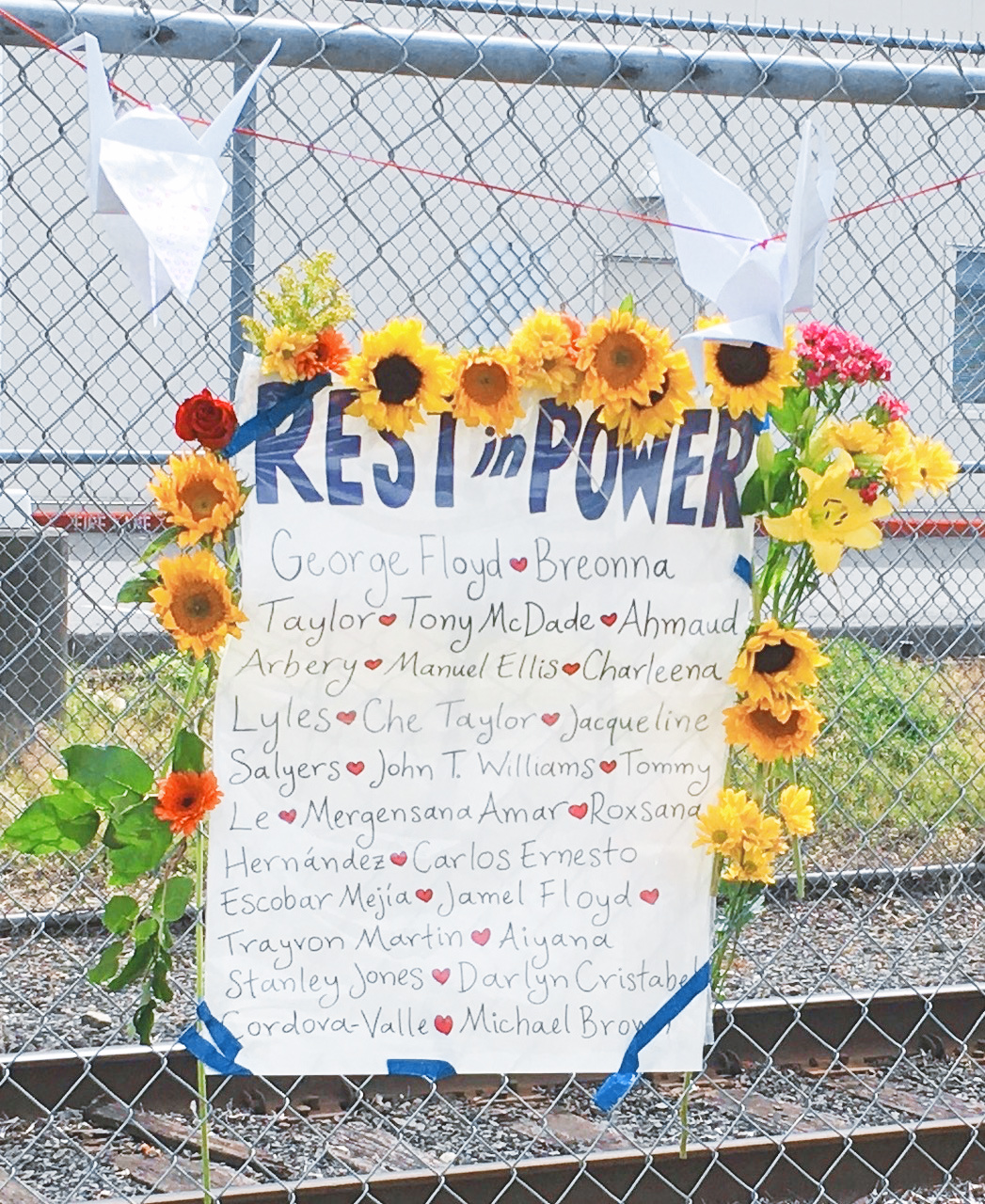 Erin Shigaki served as master of ceremony and narrator for a powerful program that was livestreamed by JACL Seattle’s McKenna Asakawa. Chrissy Shimizu from Tsuru for Solidarity spoke about the need to stand in solidarity with our Black, Brown and Indigenous siblings. In addition, ShaCorrie Tunkara of La Resistencia, a co-sponsor of the event, spoke about her husband, who was held at the NWDC for 10 months until he was abruptly deported, as well as detailed the inhumane conditions at the center.

The program was a remembrance ceremony for a small fraction of those who have been killed by police or died in ICE custody. As she called out their names one by one, Nina Wallace shouted, “Say his name!” to which participants all repeated the names together as flowers were laid on a small candlelit altar assembled by Linda Ando.

“It was very meaningful for me to be able to take part in the Tsuru for Solidarity action at the Pacific Northwest Detention Center,” said Seattle JACL’s Tsuki Nomura-Henley. “As a Japanese American whose father was born in incarceration, I feel that I have the moral imperative to show up for those whose rights are being violated or who are oppressed.”

Added Asakawa: “For me, the action made clear how systemic racial oppression shows up across time and communities of color in this country. It was powerful to hear the speakers connect experiences of oppression that are too often presented as distinct and separate: the violent policing of Black lives, incarceration of immigrants, forced removal of the Indigenous people to whom the land at the NWDC belongs and my own Japanese American community’s history of incarceration. In exposing these interconnections, the action made me understand how no one community can be free from White supremacy until we all are.”