The committee is seeking an environmental and WWII historic resources review of the Tule Lake concentration camp site.

The Tule Lake Committee filed a second lawsuit on March 30 against Modoc County under a state environmental law protecting historic places in order to protect the site of the World War II Tule Lake concentration camp.

The Tule Lake concentration camp site needs protection from an airport whose planned expansion would cause irreparable damage to the historic site. Tule Lake is unique as it is the only War Relocation Authority concentration camp that was converted into a maximum-security segregation center. The U.S. government used this camp to imprison more than 12,000 Japanese Americans who protested the injustice to their World War II mass incarceration.

The TLC sued in July 2014 and is suing once again in 2017 to compel Modoc County to review the WWII resources, both surface and subsurface, that remain within the Tulelake Airport site.

The court action asks the Superior Court to compel the county to comply with the California Environmental Quality Act. This state environmental law protects environmental resources, including historic places, from damage by governments before the extent of the damage is studied and documented.

The goal of the court action is to ensure that the county studies and documents, in advance, the airport’s impact on the historic fabric of this nationally significant place. 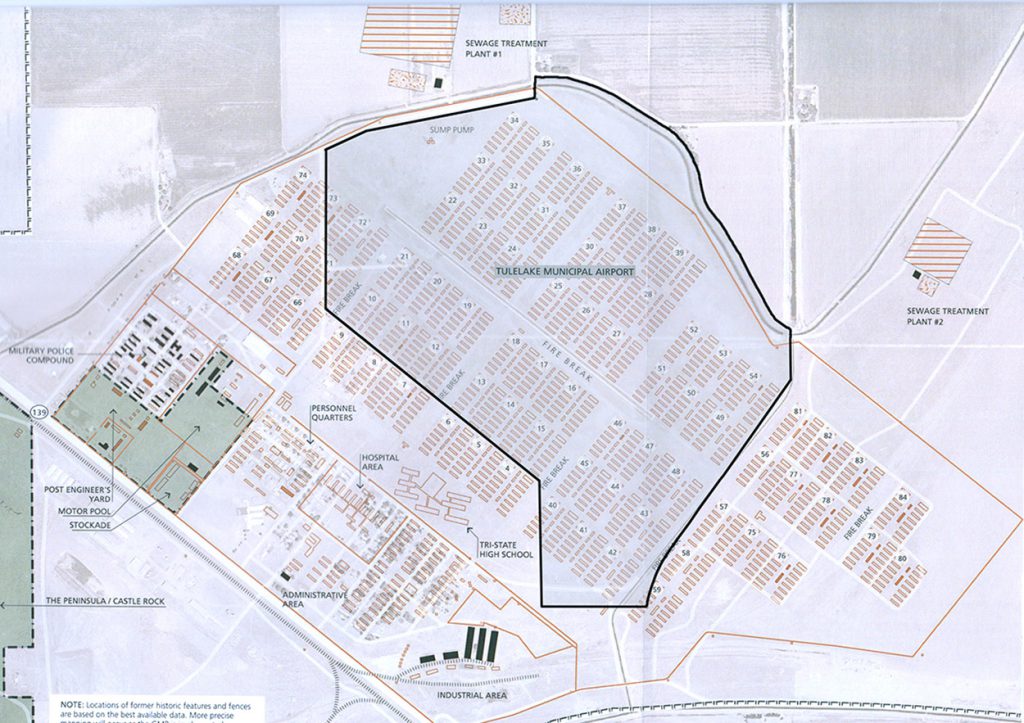 The City of Tulelake, in Siskiyou County, owns the airport land and leases it to Modoc County to operate the airport. The lease was due to expire in October 2014. In January 2014, Modoc County’s Board of Supervisors voted to extend the lease by 30 years.

The TLC asked Modoc County to survey the Tulelake Airport property for historical impacts first, before extending the lease. The county ignored the TLC’s request and approved the 30-year lease extension.

In July 2014, the TLC’s attorney, Susan Brandt Hawley, a respected expert on CEQA and historic preservation, filed a court petition seeking Modoc County’s compliance with the mandates of CEQA.

For the past 18 months, multiple government and community stakeholders have discussed how to reconcile the airport’s plans with its location on an irreplaceable historic civil rights site.

This second petition, filed March 30, alleges that “approval of a long-term lease extension is a project subject to CEQA” and that it “may result in significant impacts to historic resources of national importance and to immediate surroundings such that the significance of such resources would be materially impaired.”

It also requests a restraining order to prevent any actions that would further construction projects at the Tulelake Airport while the petition is pending.