Twin Cities JACL members Gordon Nakagawa, Hannah Semba, Sally Sudo and John Matsunaga participated on April 11 in a program, co-sponsored by the Minnesota chapter of the Council on American-Islamic Relations (CAIR-MN), to share their experiences and insights about whether the Japanese American incarceration could happen again today, but this time to Muslims and Muslim Americans. 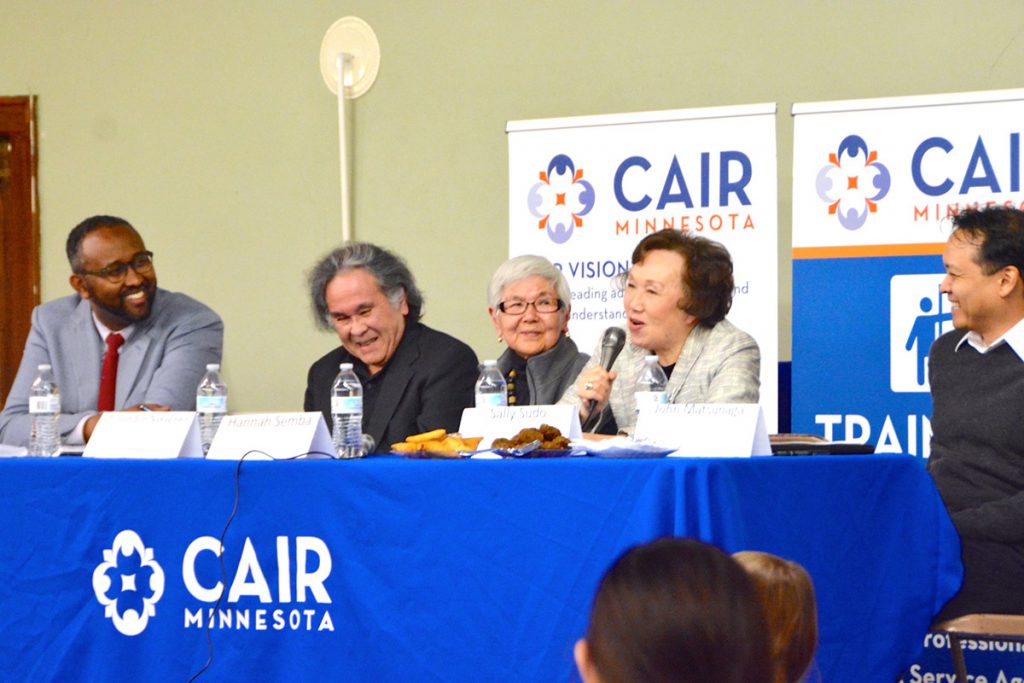 The 75 community members who attended the “Japanese American Incarceration: Could It Happen Again?” panel discussion and question-and-answer session, which was moderated by Jaylani Hussein, executive director of CAIR-MN, were inspired and encouraged to educate themselves, stand with other communities but not speak for them and engage in sometimes difficult conversations with neighbors and friends who have different viewpoints.

Hussein challenged attendees not to remain silent but to take action. One suggestion was to submit an article about the program to the newspapers in order to impact others. “Are we willing to do that?” he asked.

Sally Sudo was interviewed by local TV news station KMSP. A former incarceree, Sudo warned those in attendance that “it doesn’t take much for something like what happened to us to happen to another group of people. I think fear does a lot of strange things to people.”

Hussein and other local Muslim Americans participated in the Twin Cities JACL Day of Remembrance program in February 2017. A Statement of Solidarity with CAIR-MN was published in the program booklet. Plans for future collaborative efforts are underway.