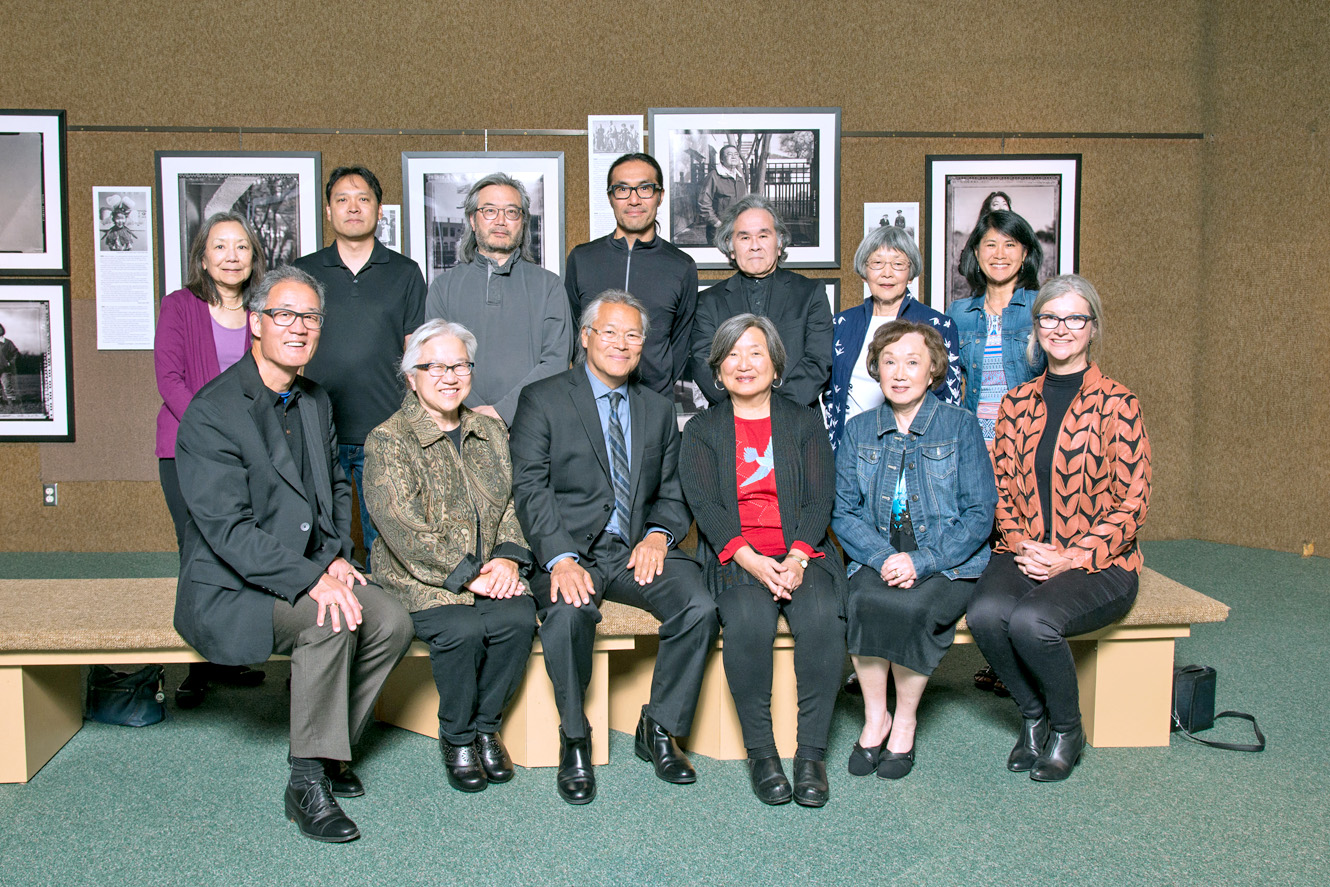 In commemoration of the 75th anniversary of Executive Order 9066, the Twin Cities JACL is co-sponsoring an exhibit with the Minnesota Historical Society titled, “Gambatte! Legacy of an Enduring Spirit: Japanese American WWII Incarceration, Then & Now.”

Kitagaki was the keynote speaker at the exhibit’s opening at the Historic Fort Snelling Visitors Center on May 23. During the reception, Kitagaki shared the story of how he came about the idea for this project after learning that his grandfather, father and aunt were photographed by Lange in 1942 while waiting for a bus in Oakland, Calif., to take them to an assembly center following President Franklin D. Roosevelt’s issuing of E.O. 9066. He later visited the National Archives in Washington, D.C., and viewed the original photographs, saved in shoebox-sized containers, with only the location and date that the photographs were taken written on the back.

As Kitagaki examined Lange’s photographs, he realized that each had an untold story, and he began a quest in 2005 to search for the identities of the incarcerees photographed by WRA photographers to share how their lives were changed by the incarceration order.

To date, Kitagaki has identified and photographed more than 50 of the original subjects or their direct descendants, as well as documented their life stories.

“This exhibition gives us a connection with real people rather than just an abstract historical event,” said Carolyn Nayematsu, co-chair of the Twin Cities JACL Education Committee. “The photographer spent over a decade creating this exhibit through extensive research, interviews and photography, and it is very moving and informative — a definite must-see for Japanese Americans and all others.”

The exhibit is on display at the Historic Fort Snelling Visitors Center in St. Paul, Minn., through Oct. 28. It is free and open to the public.