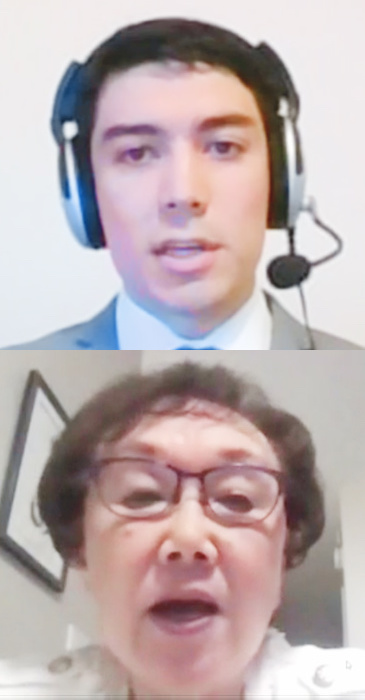 On March 9, Councilmember Chelsee Howell cited Executive Order 9066 as an example in which “the government acted unlawfully and reprehensibly from a moral and constitutional perspective” to support her contention that in a similar manner, Minnesota Gov. Tim Walz is using the power of government to abuse the rights of its citizens in issuing Covid-19 public safety orders.

“According to the 14th Amendment, the State cannot deprive us of life or liberty,” she stated in arguing that the mask mandate infringes on individuals’ constitutional rights. “The Executive Council does not have the right to restrict somebody’s ability to breathe, specifically 5.6 million Minnesotans,” she added.

The Ramsey City Council voted 4-3 to adopt the resolution presented by first-term Councilmembers Howell and Ryan Heineman, which forbids the city from using resources to enforce the governor’s executive orders on masking “and any other orders that infringe on people’s constitutionally protected rights, especially related to Covid-19.”

In a letter to Councilmember Howell on March 11, the Twin Cities JACL Executive Board expressed deep concern about the “weaponization of the Japanese American incarceration to challenge … Executive Order 20-81, commonly referred to as ‘The Mask Mandate.’”

The letter stated that “we absolutely object to the use of our community’s experiences in your comparison,” and that Councilmember Howell’s comments “conflate the systematic imprisonment of 120,000 innocent men, women and children of Japanese descent, many of whom were U.S. citizens, to a life-saving and common-sense public health measure taken during a time of global emergency due to the still-raging Covid-19 pandemic.”

In addition to the disregard for public safety, the letter pointed out the negative impact of the Councilmember’s statement on minority communities: “Particularly in this time of heightened anti-Asian sentiment and racialized violence, your careless and misinformed comments undermine public health efforts at the disproportionate expense of Communities of Color.”

The next day, Ramsey Mayor Mark Kuzma called Twin Cities President Vinicius Taguchi to condemn Councilmember Howell’s comments and express his support for the Twin Cities JACL’s letter. Mayor Kuzma returned to work after recovering from Covid-19 on March 8, the day before the resolution was presented. He voted against the measure and vowed to overturn it.

On March 23, Taguchi and former Minidoka incarceree Sally Sudo addressed the Ramsey City Council at its bimonthly meeting. Taguchi observed that “the recent surge in high-profile attacks against Asian Americans is part of a long history of anti-Asian discrimination, which Councilmember Chelsee Howell alluded to and dangerously mischaracterized during the March 9 Ramsey City Council meeting.”

In response, Councilmember Howell persisted in using the Japanese American incarceration to support her challenge to the constitutionality of the face mask mandate.

Thirteen of the 22 community members who spoke at the meeting favored the resolution.

In closing, Mayor Kuzma expressed disappointment in the Council’s unwillingness to reverse the resolution, despite growing concerns from businesses and residents and despite possible legal action by the Minnesota Attorney General for the city’s noncompliance with Executive Orders.

After the meeting, Mayor Kuzma sent an email to Taguchi and Sudo affirming that their message was “important and needed to be said and explained.” “I do believe the majority of our community that was watching on our cable feed agrees and is angered by this reference that Chelsee (Howell) used and is not in favor of the resolution.”