Lane Hirabayashi was the inaugural Aratani Chair on Redress

Following a battle with cancer, Lane Ryo Hirabayashi died on Aug. 8. He was 67.

Regarding the death of the UCLA professor emeritus and inaugural George and Sakaye Aratani Endowed Chair of the Japanese American Incarceration, Redress and Community, UCLA Asian American Studies Center director Karen Umemoto, in an email to the Pacific Citizen, wrote, “We mourn the passing of our dear friend and colleague Lane Hirabayashi, who left us too early in his productive life.”

Also in an email to the P.C., David Yoo, vice provost and professor of Asian American Studies and History at UCLA, wrote, “Professor Lane Hirabayashi will rightly be remembered for his wide-ranging and insightful scholarship and contributions to Japanese American studies, but informing and indeed infusing all of his work was a deep commitment to community-based partnerships grounded in the social movements that helped spawn the interdisciplinary fields of Asian American and ethnic studies.”

Hirabayashi’s path to his advanced scholarship on Japanese American and Asian American topics seems almost preordained: He was the son of Joanne and James A. Hirabayashi, an anthropologist who was also the first dean at San Francisco State University’s School of Ethnic Studies, and the nephew of Gordon Hirabayashi, whose challenge to WWII-era legal machinations targeting U.S. citizens of Japanese ancestry (and legal permanent residents then-barred from becoming U.S. citizens) reached the Supreme Court but lost, only to be revived again in the 1980s as one of three coram nobis cases.

Lane Hirabayashi grew up north of San Francisco with his younger sister, Jan. After high school, he earned his undergraduate degree from California State University, Sonoma, and later earned his master’s degree and Ph.D from the University of California, Berkeley.

In October 2006, following a yearlong search, Hirabayashi was awarded the first George and Sakaye Aratani Chair on the Japanese American Internment, Redress and Community at UCLA’s Asian American Studies Department, a position funded by $500,000 from the Aratani Foundation. 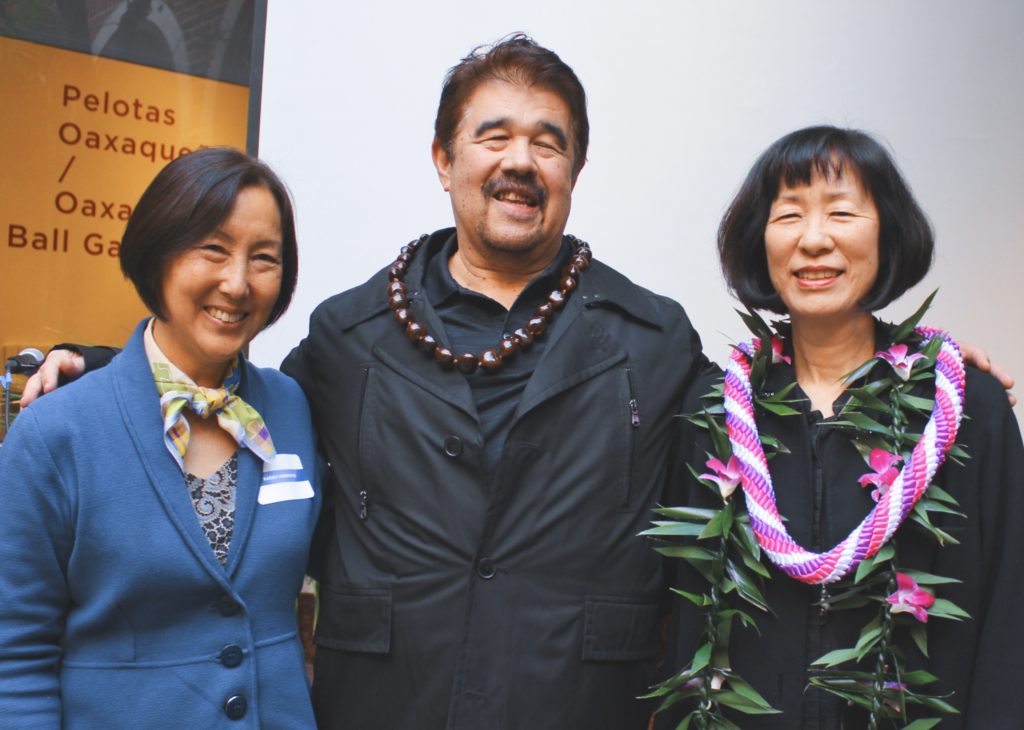 Hirabayashi also served as UCLA’s Asian American Studies Department chair from 2007-10. After retiring from UCLA in June 2017, he was succeeded in the Aratani chair by Valerie Matsumoto, who paid tribute to her predecessor by writing in an online post, “Lane Hirabayashi was a valued friend and colleague — a prodigious scholar, teacher and activist, whose work and ideals were deeply rooted in family tradition.”

Among the works Hirabayashi worked on while ensconced at UCLA are 2008’s “Japanese American Resettlement Through the Lens: Hikaru Iwasaki and the WRA’s Photographic Section, 1943-1945,” for which he won the 2009 Asian/Pacific American Award for Literature; 2013’s “A Principled Stand: Gordon Hirabayashi v. the United States”; and 2018’s “NCRR: The Grassroots Struggle for Japanese American Redress and Reparations.” (See tinyurl.com/y5u6686j for a more in-depth listing of Hirabayashi’s works.)

In 2016, Hirabayashi also contributed to the Pacific Citizen article titled “Executive Order 9066 at 75: Will the Japanese American Experience Trump a Repeat of History?” (See tinyurl.com/yd6qm99q.)

Regarding his decades of scholarship, UCLA’s Umemoto added, “We are grateful for the chronicles of Japanese American World War II incarceration history and the important stories of human resistance and strife he gifted the many generations to come, but no words can capture the loss we feel knowing there were many more stories he still had to tell. May he be an example to us of a scholar who not only excelled in the scholarly world of academe, but who made such an indelible mark on the communities with whom he worked to promote public history.”

Referring to Hirabayashi’s contributions as an educator, UCLA’s Yoo added, “As a teacher, he mentored and influenced many students over the years, but his role as a teacher also extended to bringing people together through forums, a book series and numerous other projects, including several that I had the good fortune to collaborate with him on at UCLA. Professor Hirabayashi left us too soon, but his legacy will remain.”

When Hirabayashi retired from UCLA, he said: “I am grateful to both the Asian American Studies Center and Department for the opportunity to serve as the Aratani Endowed Chair at UCLA for the past decade. It’s been an honor. And I especially thank the Aratani family for their support of my varied AEC initiatives.”

Hirabayashi is survived by his wife, Marilyn Alquizola; sister, Jan; and his grandchildren.