The well-known graphic artist was honored with the College of Fine Arts’ Legacy Award.

Longtime Salt Lake City resident and well-known graphic artist Ted Nagata, 87, was honored recently by the University of Utah College of Fine Arts with its Legacy Award for 2022. 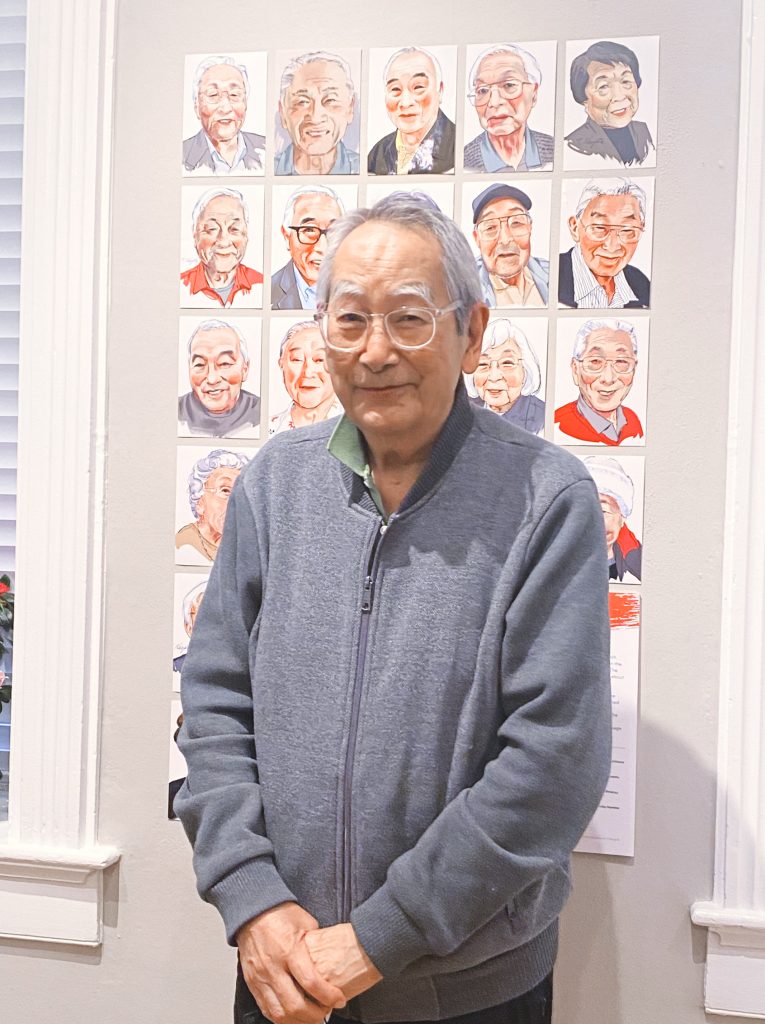 Ted Nagata was honored by the University of Utah College of Fine Arts for his career achievement in graphic design.

The annual CFA Gala was held on Sept. 21 at Kingsbury Hall on the President’s Circle of the University of Utah campus in Salt Lake City. Nagata was one of three alumni honored at the event. Friends and family members of the honorees, as well as CFA faculty, students and supporters, gathered for the program and reception.

Nagata has been a Utah resident for many years. He is an American of Japanese descent who was born in Santa Monica, Calif., in 1935; his father was born in Hilo, Hawaii, and his mother was born in Livingston, Calif.

The family moved to Berkeley, Calif., in 1940. Nagata was a young boy when his family was forced to leave their home in California at the start of World War II following the issuance of Executive Order 9066.

The Nagata Family was sent to the Tanforan Assembly Center and later to the Topaz Concentration Camp near Delta, Utah, where the family lived for three and a half years. Most of the Americans and immigrants of Japanese heritage from the San Francisco Bay Area were sent to Topaz.

Nagata was 7 years old at the beginning of the family’s incarceration. After the war ended, the Nagata’s moved to Salt Lake City.

The camp experience was very difficult for Nagata’s mother. He and his sister were sent to St. Ann’s orphanage in Salt Lake City to live for a year after leaving Topaz. He returned home and later graduated from West High School and then began college at the University of Utah.

He has had a long and storied career as a graphic designer with a successful business in Salt Lake City for years, having designed logos and other materials for many local businesses and government agencies, including Snowbird Ski Resort, Gastronomy’s Restaurants and Salt Lake County. 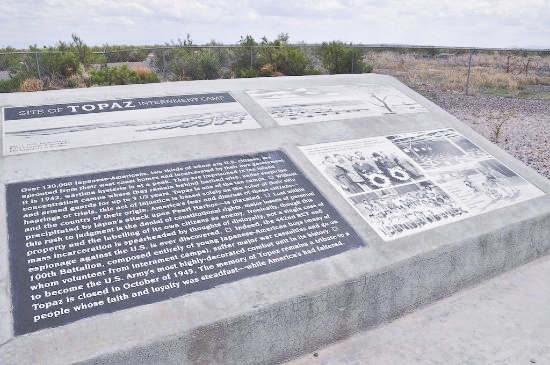 Nagata redesigned the Topaz Monument after it was vandalized in 1992.

“The University of Utah College of Fine Arts was tantamount to my understanding of what the graphic design business was all about,” said Nagata in a video interview produced by the CFA. Nagata went on to say, “After I graduated from college, it didn’t matter the size of the job. No matter how small it was, you had to try your best to come up with good ideas for it. That’s really the backbone of the industry. It’s good design, good ideas.”

As a member of the Topaz Board, Nagata was instrumental in designing and obtaining the new monument at the Topaz Camp after the original monument was ruined in 1992 by vandals who used high-powered guns to shoot bullet holes in it.

In addition, Nagata produced the popular book “Japanese in Utah,” which covers the early Japanese families who settled in Utah and their history.

Nagata and his wife, Yeiko, have lived in the Capitol Hill area of Salt Lake City for many years in various homes he designed. They have two daughters, Stephanie (Stan Nakamura) and Susan (Charlie Brown), as well as several grandchildren.

Two other University of Utah alumni were honored at the CFA Gala with Distinguished Alumni Awards. Larry R. Smith, who has been a choir director at Bountiful High School for many years, received the Arts Educator Award. Ashley Bryant Miller, who is a successful actress now living with her family in Brooklyn, N.Y., received the Horizon Award.