Thank you. Two simple words that mean the world right now, especially during today’s challenging times. To commemorate and bring renewed awareness of the importance of offering gratitude, the USPS released Aug. 21 new Thank You Forever stamps designed and lettered by Brooklyn-based Yonsei artist and Houston native Dana Tanamachi under the art direction of Greg Breeding. 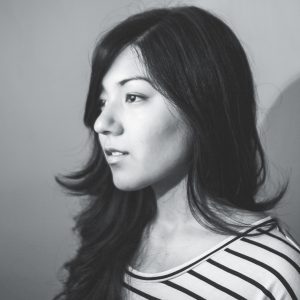 The Dana Tanamachi designed “Thank You” Forever stamps were released by the USPS on Aug. 21.

Featuring gold foil and cursive script with a floral design swirling around the words “thank you” and background colors of blue-gray, purple, muted green and soft maroon, the stamps can be purchased in books of 20 at U.S. Post Offices and online at usps.com.

Tanamachi, who operates Tanamachi Studios in New York, a boutique deign firm specializing in custom typography and illustration, is an award-winning commercial artist who has drawn art for some of the U.S.’ most popular consumer brands and publications, including Google, Nike, Starbucks, O The Oprah Magazine and TIME. Her work often features designs such as patterned flowers and vines with vintage typography.

In a 2018 interview with the Pacific Citizen, Tanamachi identified her work as being styled with a “Japanese aesthetic and influences from the art nouveau, art deco and arts and crafts movements.”

Tanamachi, a graduate from the University of North Texas in 2007 with a 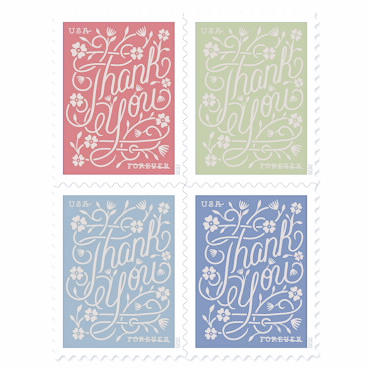 design degree, told the P.C. that she chose to become a commercial illustrator and design artist because she likes having a definite task to accomplish. It’s easier for her to do than, say, conjuring up something out of the blue on a blank canvas.

“I like partnering with people and brands to communicate certain things about their ideals,” Tanamachi said. “I like working toward a goal. I like to try to communicate something directly through illustration.”

She also credits her grandmother, Mitsuye “Mitzi” Nimura Tanamachi, as being her artistic inspiration, having grown up admiring the beautiful things her grandmother would make.

“I grew up watching her make the most beautiful, ornate things … from very simple materials,” Tanamachi said. “I grew up watching my grandmother kind of express her creativity in these ways, but that generation didn’t have any of the opportunities that we have today. I try to honor her with things that I make.”

Unfortunately, Mitsuye Tanamachi passed away from COVID-19 complications at age 97 on Aug. 5. But Dana Tanamachi’s work continues to pay homage to her roots, gratitude for her family, inspirations and future design projects. As her postage stamp designs say, “Thank You” is most appropriate.