Family and friends of the self-evacuation colony of Keetley, Utah, gathered recently for an 80th anniversary reunion.

The Keetley Farm served as a self-evacuation colony at the onset of World War II.

One hundred and sixty family and friends of the World War II Japanese American self-evacuation colony of Keetley, Utah, gathered on Aug. 8 to commemorate the 80th anniversary of the founding of the farming community led by Fred Isamu Wada.

Keetley, Utah, was settled by 130 Japanese Americans in March 1942 during a 38-day period when self-evacuation from the West Coast states was allowed.

Japanese Americans who chose to evacuate together at Keetley were comprised of farmers, carpenters, electricians, fishermen, auto mechanics, merchants and a pharmacist. More than 30 families transformed the high desert land into a productive farm. 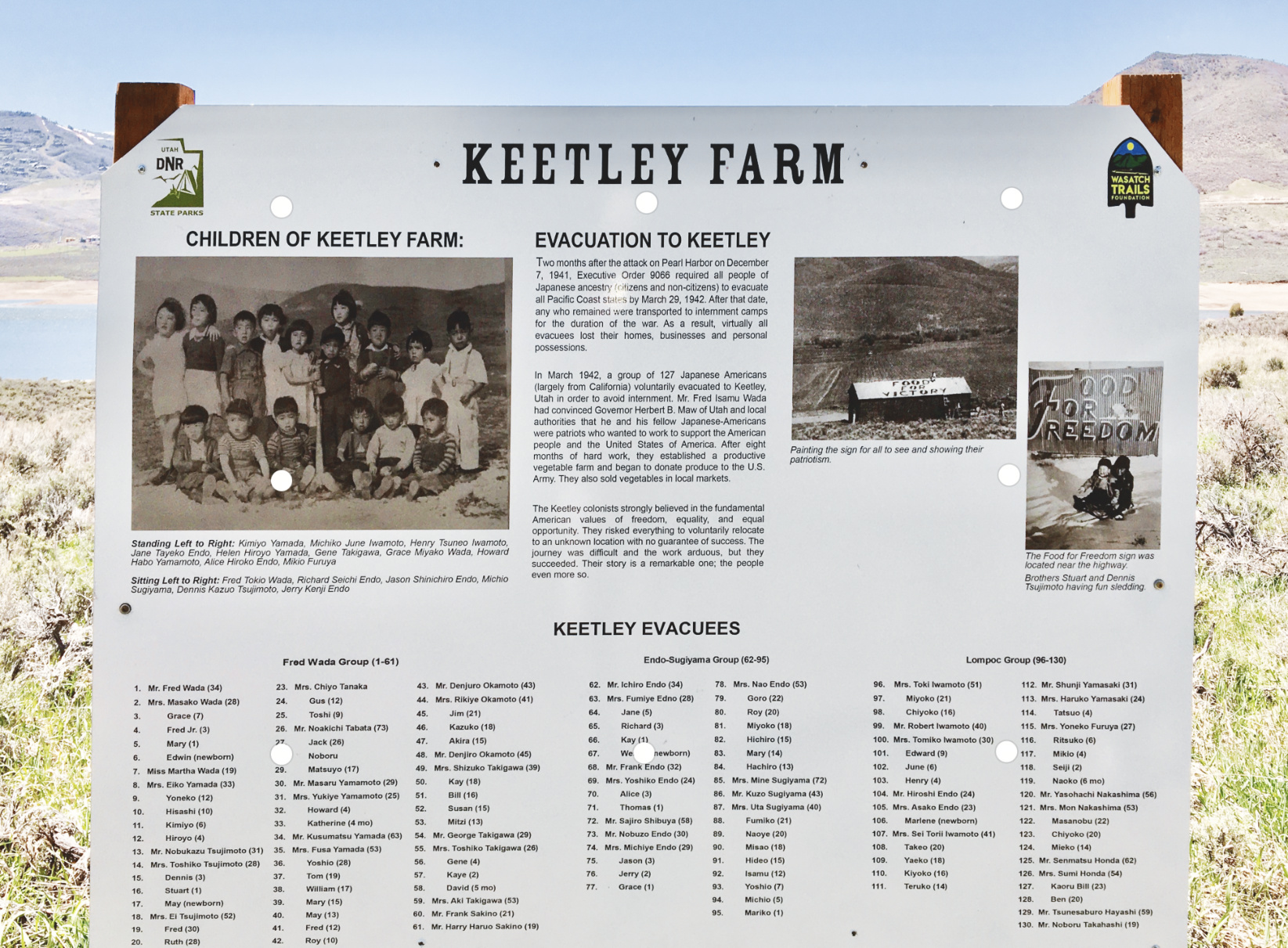 Historical signs were recently erected at the Jordanelle Reservoir, site of where the Keetley Farm once produced numerous varieties of produce in the high desert land.

Keetley Farm, as the colony was called, was founded as a farming cooperative and was considered a highly successful mountain farm that grew 14 varieties of produce that was sold to neighboring markets and in Salt Lake City. Produce was also donated to the Topaz Internment camp, as well as to the U.S. Army in Salt Lake City.

The Jordanelle State Park recently erected two historical signs near where Keetley once existed. Keetley is now underwater at the Jordanelle Reservoir. A hiking trail in the area has also been named Wada Way.

Nine members of the original community were present at the reunion. The oldest in attendance, May Yamada-Kong, 94, from Honolulu, Hawaii, spoke eloquently of her family’s heart-wrenching journey with nine children from San Jose, Calif., to the Keetley valley in 1942. Keetley was located 35 miles east of Salt Lake City.

Attendees heard speakers recount the history of the area, the living conditions at that time in Keetley, as well as the hardships suffered while preparing the land for farming.

A bento lunch was served at the reunion, capped off with children in kimonos together with adults joyously obon dancing with a lively, resounding taiko drummer.