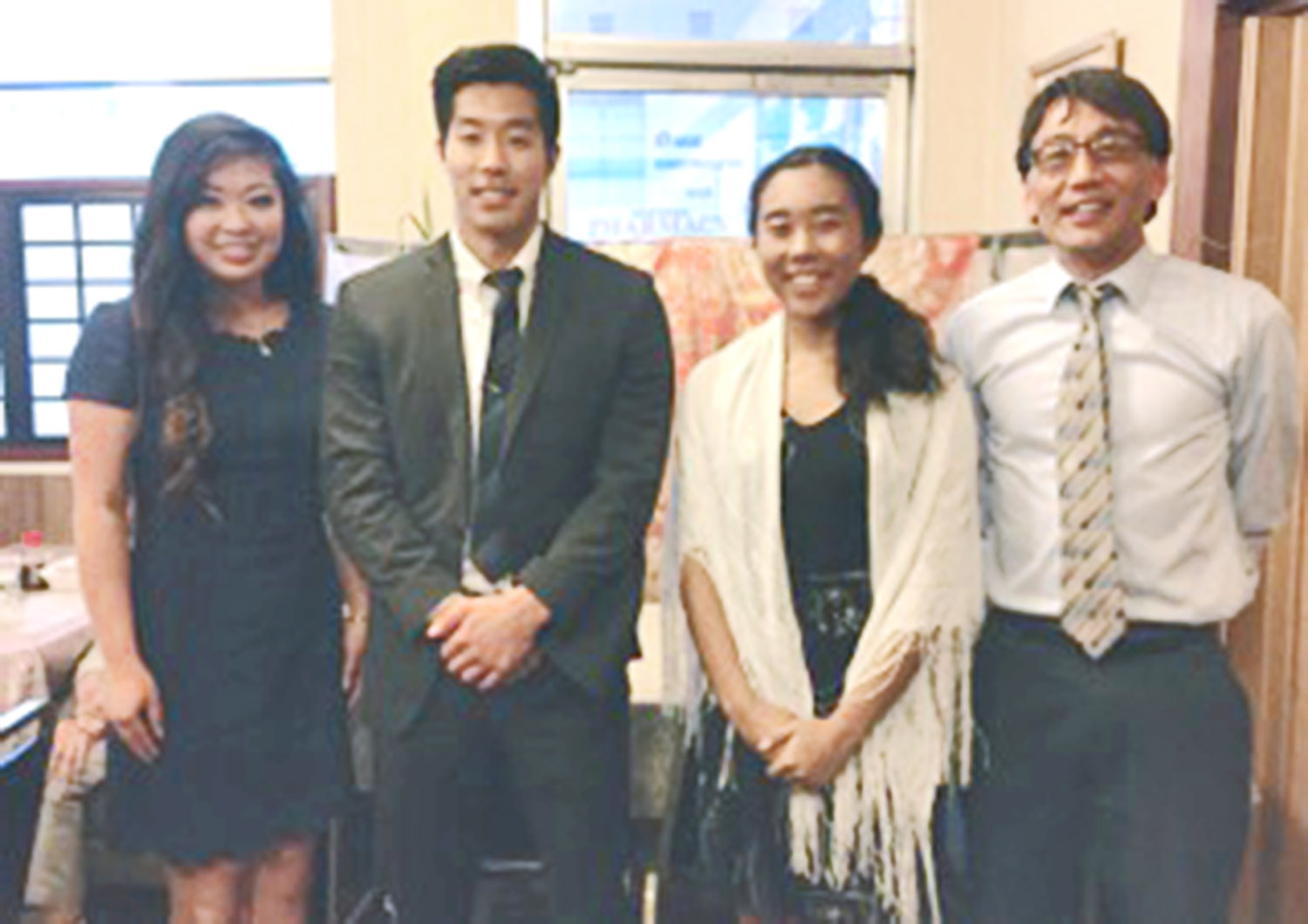 Masumi Asahi, a third-year medical student, was awarded the $2,500 Chiyo M. Hattori Scholarship, designated to an outstanding student pursuing an education in medicine. Mariko Rooks, who was the class salutatorian at Culver City High School and will be attending Yale University in the fall, was the winner of the Jack Nomura High School Scholarship.

Asahi, 26, attends the Western University of Health Sciences, College of Osteopathic Medicine, in Pomona, Calif. The son of Noriko and Seicho Asahi, he graduated from McClatchy High School in Sacramento before earning his bachelor’s degree in physiology at the University of California, Los Angeles.

He has received honors from the Japanese American Medical Assn. and volunteers his time at local health clinics through the Asian American Health Professions Student Assn. A devoted taiko drummer, Asahi also was the director of the UCLA Kyodo Taiko group and now teaches it to students at the Koyasan Buddhist Temple in Los Angeles every Sunday.

Rooks, 18, earned a 4.0 grade point average at Culver City High in Culver City, Calif., and received national recognition for a perfect composite ACT score. The daughter of Miki Fujimoto and Curtis Rooks of Culver City, she was captain and MVP of the varsity water polo team. She also played varsity softball and earned the school’s Dave Sanchez Scholar Athlete Award.

In addition, Rooks was involved in programs with the Senshin Buddhist Temple, West Los Angeles United Methodist Church and nonprofit group Kizuna. At Yale, Rooks will major in history of medicine, science and public health.

The $1,000 scholarship is named in honor of the late Jack Nomura, longtime chapter board member.