Walmart has removed products that feature 15 posters of the forced relocation and incarceration of thousands of Japanese Americans during World War II from its website after receiving severe backlash from several Asian American groups and individuals, including the JACL, on Nov. 11.

Described as the “perfect Wall Art for any home, bedroom, playroom, classroom, dorm room or office workspace,” the photos depicted scenes from the Japanese American internment, considered one of the largest human rights violations in the history of the U.S.

Walmart offered a full apology for the sale of the pictures and maintained that it was in discussions as to how the pictures were made available on its website. 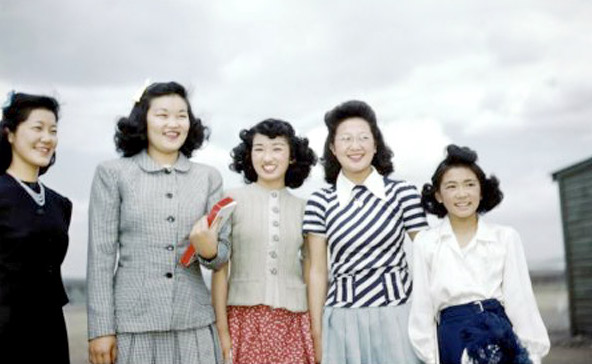 This image of women at the Tule Lake WRA Center was among the camp photos sold on Walmart’s website.

In an apology to the JACL, the retail giant said, “We are very sorry such a sensitive topic was handled in such an insensitive way. The description used for these products was beyond tone-deaf, and unfortunately it wasn’t caught by us or the marketplace seller who listed these products on our site,” a Walmart spokesperson wrote. “When we were contacted about these over the weekend, we quickly removed the items from our Marketplace. We apologize this wasn’t caught sooner.”

On Nov 12, the JACL said that “upon further investigation, the company Posterazzi.com selling Japanese concentration camp ‘art’ is the same company caught selling photos of Auschwitz on the Walmart site three years ago. Walmart responded immediately over the weekend to remove the Auschwitz photos, and we expect the same for Japanese American camp photos.”

Posterazzi.com responded to JACL by saying, “We deal with photo licensing companies who upload thousands of images to our site and this was an oversight and we will address this issue today. Unfortunately, when dealing with [photo] licensing companies sometimes some images or text descriptions pass through our automated content filters.”

JACL later announced that Walmart, Posterazzi.com and Granger Historical Picture Archive “have responded that they’ve taken the images down from their respective websites and are looking at systems to avoid this happening again.”