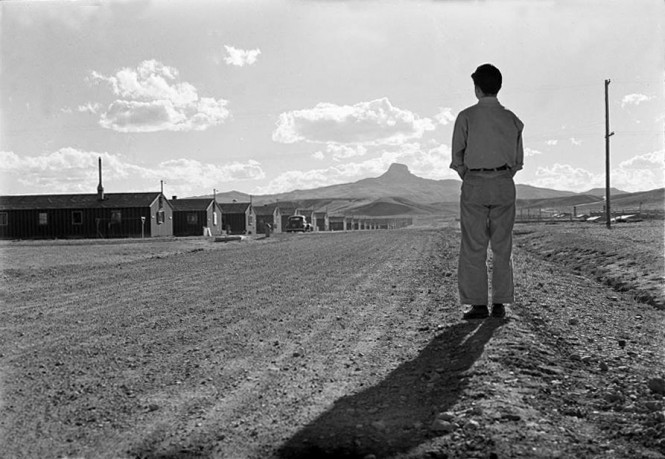 PULLMAN, WASH. — This fall, Washington State University will present its first campus-wide endeavor to examine the history of Japanese American internment during World War II. The campus will host many events and activities beginning Sept. 19 through Dec. 13.

Seventy years ago, WSU opened its doors to Japanese American students. Some of these students were active in agriculture, engineering and athletics. After graduation, they became leaders in their own communities.

With the donation of the George and Frank C. Hirahara photo collection of Heart Mountain to the WSU Libraries Manuscripts, Archives and Special Collections unit in 2010, WSU received a National Park Service Grant to digitize and preserve the photo collection for future generations.

Frank C. Hirahara was a high school student from Yakima, Wash., when he entered Heart Mountain; he graduated from Heart Mountain High School in 1944. The following semester in 1945, he entered WSU and grated in 1948 with a degree in electrical engineering. He represented the Associated Students as a member of the WSU Athletic Council from 1946-47.

Due to this donation, WSU has been able to expand its Japanese internment collection. A number of WSU departments across campus are collaborating to create new events and exhibits, as well as finding ways to tell the stories of Japanese American alumni.

• Sept. 19-Dec. 13 — Kicking off the series of events is the “Roger Shimomura — An American Knockoff” exhibit at the WSU Museum of Art.

• Oct. 6-24 — An exhibit of the George and Frank C. Hirahara Collection of Heart Mountain photographs at the Glenn Terrell Library.

• Oct. 13-Nov. 14 — The Student Entertainment Board will have an exhibit in the Compton Union Building Art Gallery showcasing internment-related artifacts and memorabilia collected from Japanese American alumni.

• Oct. 15 — The Emmy-winning documentary “Witness — The Legacy of Heart Mountain” will be shown at 7 p.m. in the Compton Union Building Auditorium. The documentary’s co-producers, David Ono of ABC7 Los Angeles Eyewitness News and TV editor and videographer Jeff MacIntyre, will be in attendance.

• Nov. 13 — A performance by Living Voices Theatre of “Within the Silence,” at Jones Theatre in WSU’s Daggy Hall at 7:30 p.m. This solo performance uses archival film and photos to tell the story of one incarcerated Japanese American family’s struggle to sustain faith in each other and the country they love.

With the exception of the Living Voices performance, all events are free and open to the public. In addition to these events, many WSU professors will be incorporating the topic of Japanese internment in classes throughout the semester.