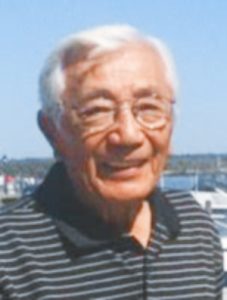 (Dec. 21, 1923-Nov. 20, 2019)
Misaka, 95, the Utah-born Nisei and the first nonwhite and first Asian American professional basketball player in the U.S., regained the spotlight in 2012 when Jeremy Lin became an international sensation as a member of the New York Knicks. Well before “Linsanity” made Asian American basketball players a topic, Misaka was drafted to the Knicks in 1947 when it was part of pre-NBA BAA (Basketball Association of America). While his professional basketball career was short — he played only three games — Misaka was a pioneering athlete who broke racial barriers and stereotypes. Born in Ogden, Utah, to Japanese immigrant parents, he was the oldest of three boys. His father was a barber, and his mother became a barber after her husband passed away. Misaka lived in Utah his entire life except for the period when he served in the Army Military Intelligence Service (MIS) in Japan. He attended Ogden High School where he was a leader on the basketball team, which won a state championship title in 1940 and a regional championship title in 1941. He then attended Weber Junior College in Ogden, Utah, where he became a star on their basketball team when they won two championships. He was named the Most Valuable Player of the 1942 junior college postseason tournament and was named Athlete of the Year in 1943 at Weber Junior College. Later, Weber State University would establish a scholarship in his name. After transferring to the University of Utah, Misaka became a star on their basketball team. They finished the 1943-44 season with an 18-3 record. They were invited to both the NCAA Tournament and the National Invitation Tournament (NIT). They made the trip to New York City and did well. After his Army service and his return to the University of Utah, Misaka again joined the basketball team. They won their second national championship in four years and were invited to the NIT championship tournament in New York City where they won. Misaka was offered a chance to play with the Harlem Globetrotters. He chose instead to return to the University of Utah to finish his engineering degree. He had a successful career as an engineer working well into his later years. He was an avid golfer and a championship bowler as well. Upon learning of Misaka’s story, President Barack Obama invited him to a ceremony at the White House, which he attended with his son, Henry. He was recognized by the JACL at its National JACL Gala in Washington, D.C., when Christine Toy Johnson was given an award for her work on the documentary about Wat. The JACL also honored Wat at another JACL Gala for his sports legacy. He was given a President’s Award in Salt Lake City last summer at the National JACL Convention. And he was recognized in 2000 in an exhibition of sports pioneers at the Japanese American National Museum, which displayed his University of Utah jersey and shorts as well as his Knicks shoes. He has been awarded honors by JANM and OCA National, as well as many local awards in Utah, including induction into the Utah Sports Hall of Fame. In 1953, Misaka married Katie Inoway, who predeceased him. He is survived by their children, Henry Misaka and Nancy (Cary) Umemura; and grandchildren, Joel Umemura, Kennah Misaka and Erin Misaka. (Floyd Mori contributed to this report.)