When JAs Say, ‘Camp,’ They’re Not Talking About Summer Camp 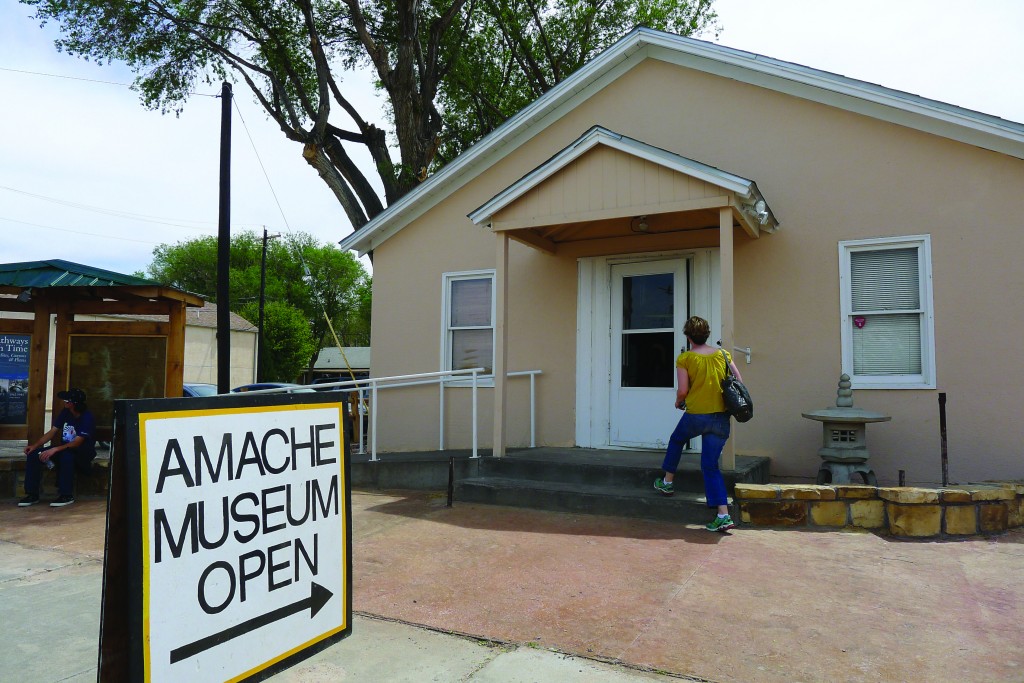 The Amache Museum is maintained by the students of the Amache Preservation Society at Granada High School and is opened during an annual pilgrimage. Amache is located just outside the town of Granada, Colo. Photo by Gil Asakawa

It’s a rite of greeting among older Japanese Americans. I’ve seen it happen over and over — one JA is introduced to another, and if they’re old enough, the first question they ask of each other is, “What camp were you at?”

We all know that “camp” in the context of Japanese Americans has nothing to do with summer camp. These people are not being nostalgic about singing “Kumbaya” around the campfire, hopping along in potato sack races (maybe it would be rice sack races?) and learning how to “rough it” in the great outdoors.

“Camp,” of course, in the Japanese American context, is the internment camps, or as I increasingly call them, “concentration camps,” that 110,000 people of Japanese descent were held in during World War II. So, an elderly man says he was in Arkansas, and the other man says, “Oh yeah? Which one?” “Jerome.” Common ground is found, and the two reminisce, if that’s the right word, about their families’ unjust incarceration.

Colorado, where I live, hosted one “relocation camp,” officially named the Granada Relocation Center but informally named “Amache,” after an Indian princess. It sat in the southeast corner of the state in a tumbleweedy flatlands outside the town of Granada that was barely suitable for grazing cattle.

More than 7,000 people lived at Amache at the peak of the war, and at one point, it was one of the largest municipalities in Colorado. Among its prisoners were the singer Pat Suzuki, poet Lawson Fusao Inada (who also spent time at Jerome in Arkansas) and California congressman Mike Honda.

One of the curious facts of Amache is that it’s often referred to as “Camp Amache.” The relocation centers are called “camps,” and JAs do ask each other what camp they were in. But these camps’ names, including Amache, didn’t include the word camp(ITAL).

And nobody calls the other sites “camps.” There’s no “Camp Manzanar,” “Camp Tule Lake,” “Camp Heart Mountain” or “Camp Jerome.” They’re all called by just the name of the camp.

But somehow over the decades, “Camp Amache” has become a commonly used term.

The sign at the entrance of the Colorado site simply says “Amache,” but a more recently posted sign on the highway to alert visitors says “Camp Amache.” Hell, I’ve called it “Camp Amache” for years.

But that incorrect name has bugged one Amache survivor, and he’s had enough. Min Tonai, the president of the Amache Historical Society, wrote in an impassioned, eloquent email during an exchange while planning this year’s May 17 pilgrimage to explain his objection to the word camp(ital). Here’s an edited excerpt:

Why is only Amache called “Camp Amache?”

We are very sensitive and upset about Amache being called “Camp” Amache. We want to be known as Amache, period, just like all of the other concentration camps.

The outside critics did not consider that we were in a prison, even though we did not have the freedom to come and go as we pleased. Also, the prisoners get free clothes and personal items. We had to buy all of it from the small monthly allowances we were given. So, it was necessary for each family to have someone working and even then, to spend some of the savings that you had left after being incarcerated, to subsist in Amache. Our food was limited by a daily budget of $0.50 per person, including all of the food we produced and used. Yet they said that we were being coddled.

We were far from being coddled in Amache. It was nothing like a YMCA camp.

Tonai makes a solid case for rethinking how we refer to Colorado’s concentration camp. Let’s just call it Amache, respect its prisoners and not trivialize it by adding a word that no other concentration camp is burdened with.

Like the others, Amache was not a summer camp.

NOTE: Don’t forget, Day of Remembrance — which commemorates President Roosevelt’s signing of Executive Order 9066, which led to the incarceration of Japanese Americans in 1942 — is Feb. 19.

Gil Asakawa is a current member of the P.C. Editorial Board and former P.C. Board Chair. His blog is at www.nikkeiview.com, and he also is the Japanese expert for Answers.com at www.japanese.answers.com.