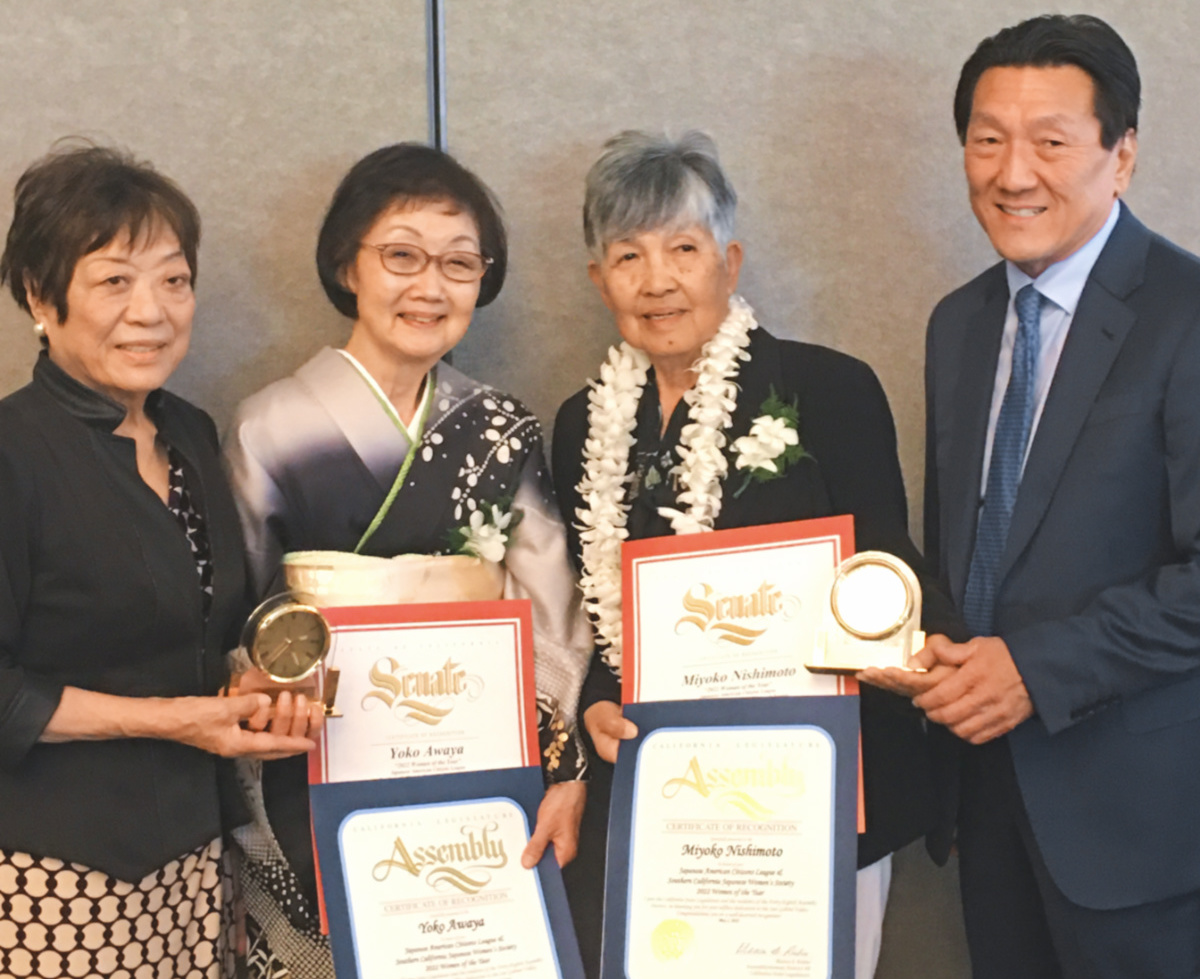 Awaya, Nishimoto are recognized for community contributions after two-year interruption.

The Women of the Year Luncheon was held for the first time since 2019, due to a pandemic-caused suspension.

But thanks to the rollout of effective Covid-19 vaccinations, a decision to continue in 2022 the nearly six-decades-long tradition of honoring women of Japanese ancestry for their support, volunteerism, dedication and contributions to community and cultural activities was made, with the two-yearlong layoff causing no missteps for the event’s organizers.

So it was that on May 1 at the Quiet Cannon in Montebello, Calif., that the Japanese Women’s Society of Southern California and the Downtown Los Angeles Chapter of the Japanese American Citizens League feted with the usual aplomb the afternoon’s honorees, Yoko Awaya and Miyoko Nishimoto.

The luncheon began with introductory remarks from George Kita, president of the Downtown Los Angeles Chapter of JACL, and Joyce Chin, president of the Japanese Women’s Society of Southern California, as well as an invocation by the Rev. Jeffrey Snell of Westwood Presbyterian Church.

Honored first was Tokyo-born Awaya, a renowned master of the koto and founder of Awaya-kai (1974) and the Yoko Awaya Koto Music Conservatory (1994), both of which she formed in the years after emigrating from Japan in 1965. Awaya has been a consistent teacher, performer, contributor and recording artist over the ensuing decades.

Awaya’s award was presented by Beverly Findlay-Kaneko, an Awaya-kai board member who noted that “Awaya sensei’s 50th anniversary concert is in fall 2023 and also will feature a multicultural program” in Torrance, Calif.

Presenting Nishimoto’s award was Ken Inouye, past chair and current treasurer of the Orange County Human Relations Commission, stalwart SELANOCO JACL chapter member and former JACL national president. He noted that “anyone from Orange County knows this incredible woman” who went out of her way to make people feel comfortable. 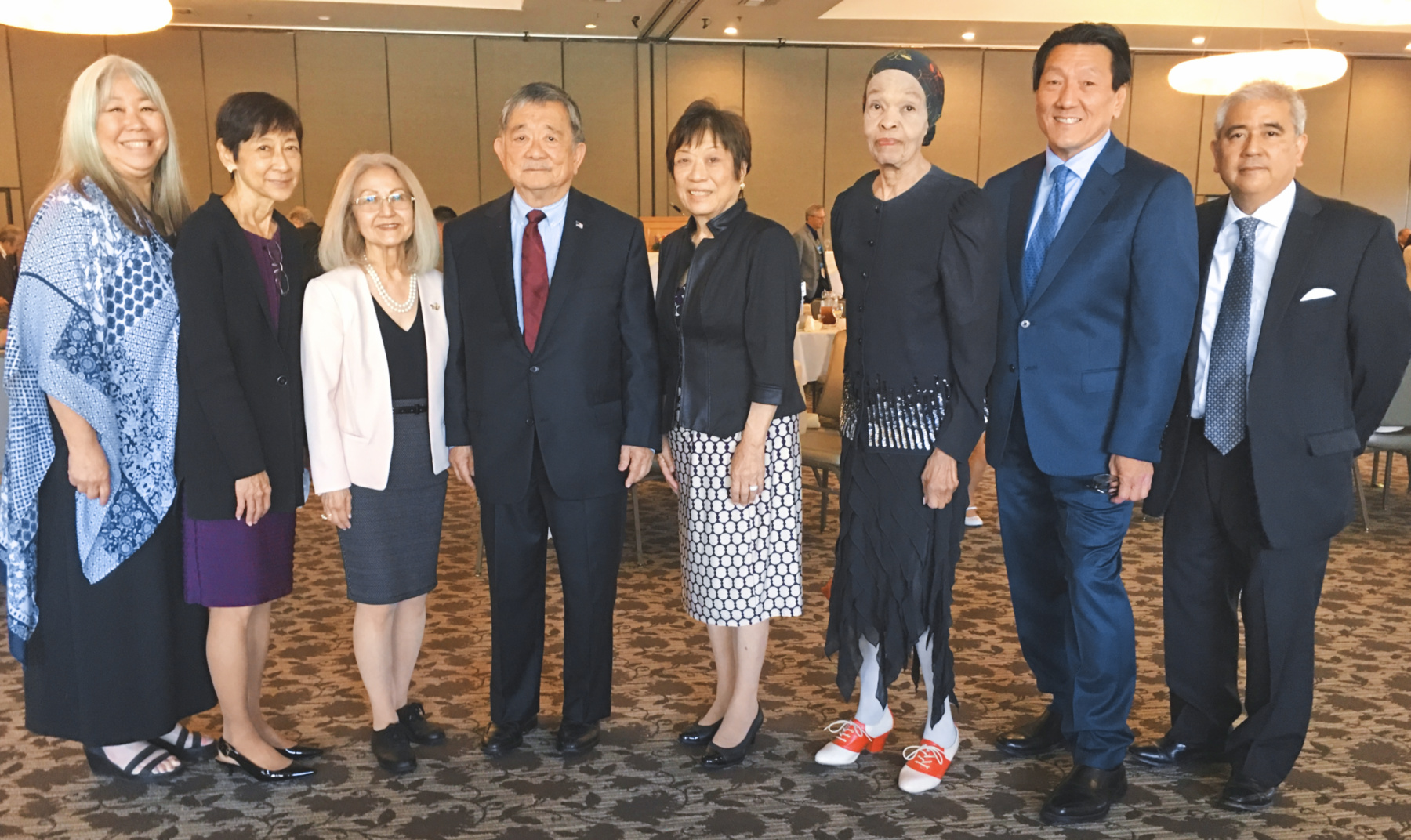