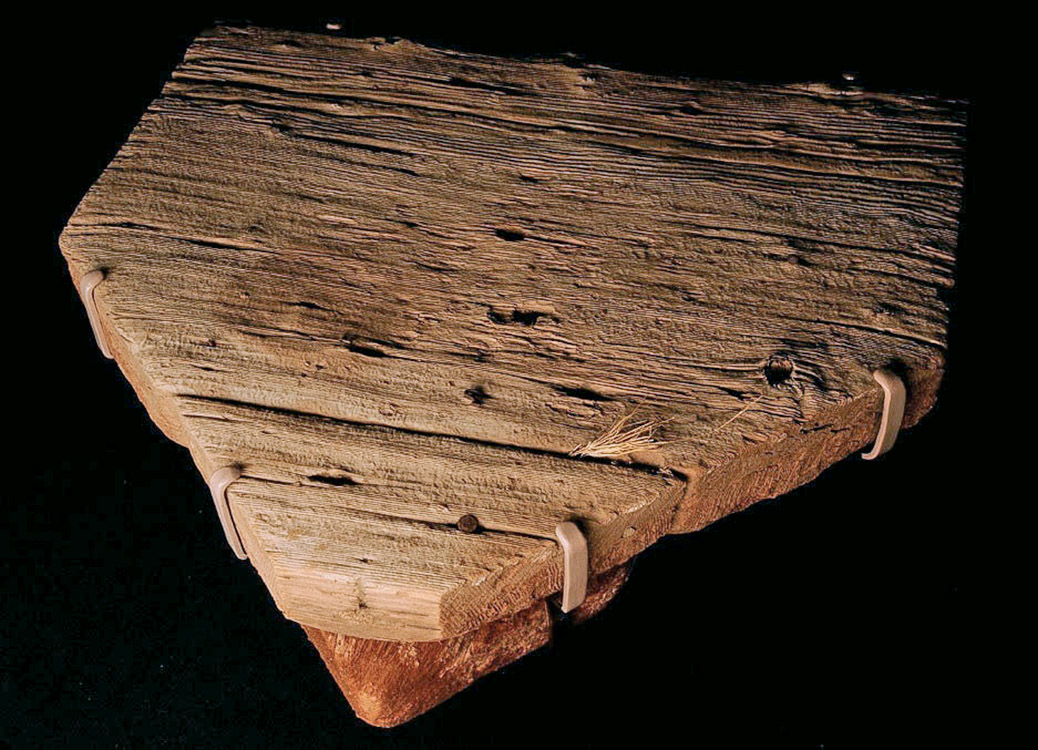 A wooden home plate from the WWII Japanese American Concentration Camp at Gila River, Ariz., is now on display at the Baseball Hall of Fame in Cooperstown, N.Y.

The Nisei Baseball Research Project, a nonprofit organization founded to preserve the history of Japanese American baseball, is pleased to announce that the wooden home plate from the World War II Japanese American Concentration Camp at Gila River, Ariz., is now on exhibit at the National Baseball Hall of Fame in Cooperstown, N.Y.

In partnership with the NBRP and the Arizona Chapter of the Japanese American Citizens League, the National Baseball Hall of Fame added the wartime relic to its second-floor exhibit “The Game.” The addition of the wooden home plate coincides with the May observance of Asian Pacific American Heritage Month and 2017’s remembrance of the 75th anniversary of Executive Order 9066, which led to the forced removal and incarceration of some 120,000 Americans of Japanese ancestry during WWII.

According to a recent Hall of Fame article titled “A Field of Dreams in an Arizona Desert,” the home plate serves as an important symbol of hope for people of all nationalities.

“This wooden home plate was much more than a corner of a dusty baseball diamond or the shape that helped define a batter’s strike zone,” said Hall of Fame senior curator Tom Shieber. “It was (and is) a vibrant symbol of hope for those who were denied their freedom and an expression of what it meant to be an American for those who were stripped of their civil rights. It is an important artifact in the history of our country, not just the history of our National Pastime.”

According to Hall of Fame officials, as “visitors learn about the home plate, with all of its rusty nails and splintered pieces of wood, so too will they understand the legacy of Kenichi Zenimura, the man who created a fountain of hope in the Pima Indian desert of Arizona.” Zenimura is recognized by historians as the “father of Japanese American baseball.”

“Japanese Americans kept the All-American pastime alive behind barbed wire, despite the fact that their civil liberties were being violated by the country that they loved,” said Kerry Yo Nakagawa, NBRP founder and project director. Long before WWII, Japanese Americans embraced the game of baseball, not only to display their sense of belonging in America, but because of their love for the game itself.

“Japanese Americans played in leagues of their own due to bigotry of the time, and they also competed against barnstorming major league players and teams from the Pacific Coast League, Negro Leagues and Japan,” Nakagawa continued. “They not only held their own — in many cases, they were the victors.”

Between 1900 and 1940, Japanese Americans did more than any other group to help export the American style of play to Asia with numerous goodwill tours to Japan, China and Korea. And when Nikkei teams weren’t directly involved in tours, because they knew the language and customs of both countries, they helped facilitate the tours behind the scenes, as was the case with the Negro League Philadelphia Royal Giants, who toured Asia in 1927, and the major league tours of 1931 and 1934. These American ambassadors planted the seeds so that professional baseball in Japan could begin in 1936.

“Timing is key in the game of baseball,” said Staples. “Players like Masanori Murakami, Hideo Nomo, Ichiro, Hideki Matsui and Masahiro Tanaka were born at the right time. They all are indebted to the Japanese American pioneers who helped elevate the level of play in Japan before the war by building baseball’s bridge to the Pacific. Hopefully, the wooden home plate will spark a greater appreciation for the prewar impact and legacy of Japanese American baseball pioneers.”

“Since the inception of the NBRP, our mission has been to have the National Baseball Hall of Fame consider a permanent exhibition for Japanese Americans,” said Nakagawa. “All great journeys in the game of baseball begin at home plate. Hopefully, Zenimura’s wooden home plate is just the beginning for Cooperstown to recognize, honor and celebrate the important legacy of Asian Americans in our National Pastime, much like the All-American Girls, Latinos and the Negro Leagues.”