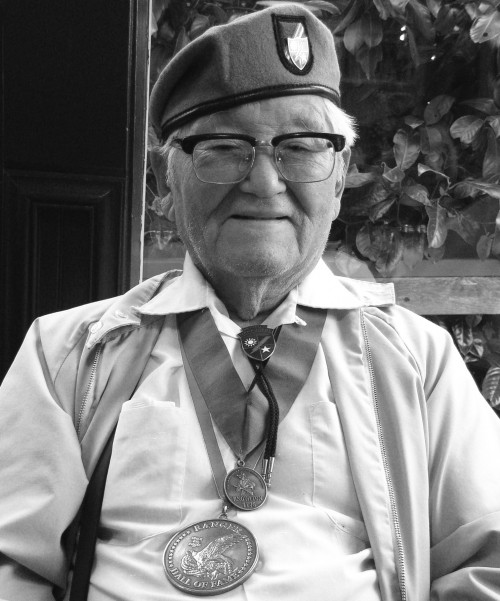 Creators of the Japanese American WWII documentary ‘Honor and Sacrifice’ are hoping to nationally broadcast the film on PBS later this year.

Included in his stockpile of military honors are the Congressional Gold Medal, five Bronze Stars, a Legion of Merit, a Burmese Medal of Freedom, a Burmese Green Beret, an Honorary Green Beret, two Distinguished Unit Citation ribbons, inductions into the U.S. Army Ranger Hall of Fame and MIS Hall of Fame and a Combat Infantryman Badge, just to name a few.

The WWII veteran earned another notable distinction last May: He turned 100 years old. 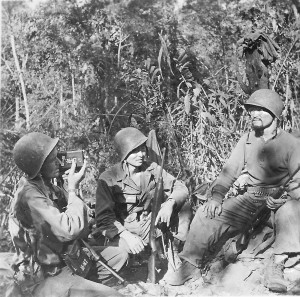 Roy Matsumoto during his time in Burma.

“Approximately 200 people showed up, including members of my family from around the country, the son of my cousin, Harry Omoto, from Los Angeles, and the son of a fellow Merrill’s Marauder, who flew in that morning from Alaska!” said Matsumoto, who lives in Washington. “It was a wonderful surprise. We had taiko drummers, good food and a premiere showing of ‘Honor & Sacrifice.’”

His birthday came after the documentary “Honor and Sacrifice: Nisei Patriots in the MIS,” which chronicles Matsumoto’s life, was completed. That was made possible thanks to donations from a 2012 Kickstarter campaign, which raised more than $33,000 to extend what was a 17-minute film into a 28-minute-long documentary. In total, filmmakers raised $75,000 to produce the film that documents stories Matsumoto was forced to keep secret for five decades.

Matsumoto was one of about 6,000 Japanese Americans who served in the MIS and were prohibited from discussing their service until the passage of the Freedom of Information Act in 1974.

The choice to keep his combat stories secret was also personal for Matsumoto. “If I did [talk], it sounds like I am bragging, ‘I did this and that,’” he said. 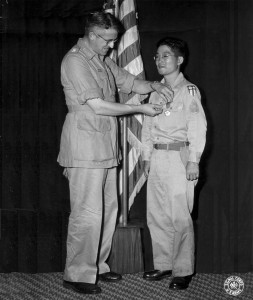 Roy receiving the Legion of Merit from Gen. Frank Merrill.

But, Matsumoto’s daughter, Karen, was compelled to tell her father’s life story once he starting talking about it almost 18 years ago.

“At first, I was driven by oya koko(ITAL) — respecting and making one’s parents happy — and I also wanted to pay homage to the service to country of my father and the veterans of the MIS,” said Karen, who co-produced the film. “I came to see my father’s story as being more than one of individual heroism in wartime. It exemplified the experience — the sacrifice and dedication to country — of many Japanese Americans during the war.”

Born in California, Matsumoto moved in 1921 with his brother, Takeshi, to Japan, where he lived and studied until 1930. He further honed his Japanese language skills upon returning to the U.S. and working at a grocery store, delivering orders to families that spoke different regional dialects.

Any future plans the young Matsumoto had, however, were abruptly interrupted when the Japanese bombed Pearl Harbor in 1941. Like some 120,000 persons of Japanese descent, Matsumoto was uprooted from his life and unjustly interned. He was sent to the Santa Anita detention facility and then later Jerome.

Despite being unjustly incarcerated, Matsumoto enlisted in the Army. Declared an “enemy alien” just for being Japanese, he was prohibited from serving until those restrictions were lifted. He was eventually recruited as a MIS linguist with the Merrill’s Marauders, a special operations unit stationed in the South-East Asian theater.

“Fortunately, I had good knowledge of the Japanese language, including the dialects and idioms spoken by the enemy, which allowed me to learn about their activities and plans,” Matsumoto said. “Others did not have the background to understand their Southern Japanese dialects. I think God helped me!”

Serving in Burma, India and China, Matsumoto is credited with saving his own battalion twice. He retired from the Army in 1963.

Once silent about his combat, Matsumoto’s film has been screened in Hiroshima, Japan, and more than a dozen U.S. locations.

“I have been to more than a dozen showings, including film festivals and other special events where they showed the film,” Roy said.

A screening of the documentary is scheduled for Feb. 8 at the Seattle Asian American Film Festival and on Feb. 23 at the San Francisco Bay Area’s Films of Remembrance.

The filmmakers are now hoping to find underwriters to broadcast “Honor and Sacrifice” nationally on PBS. “There’s an opportunity to have a credit at the end of the broadcast,” said the film’s director, Lucy Ostrander, of Stourwater Pictures. “It’s a valuable film for Americans to see, so we’re working toward having a national PBS broadcast later this year.”

Whether or not the filmmakers are able to see that dream to fruition, Karen says she hopes viewers of the film now have a deeper understanding of the historical contributions made by Japanese Americans.

“I hope we succeeded in making an ‘anti-war’ film, in the end, because war is such a terrible thing, dividing families, tearing whole nations apart, and leaving lasting scars that are difficult to heal.”

For more information about upcoming screenings of ‘Honor and Sacrifice,’ visit www.honordoc.com, or to contact the filmmakers about underwriting opportunities, email lucy@stourwater.com.