Youth Perspective: Were We All Immigrants? 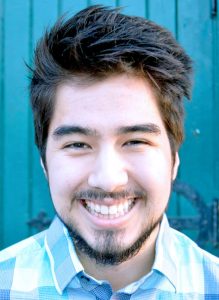 I was proud to see the JACL recently issue a statement alongside coalition partners, condemning the Trump administration’s latest assault on undocumented youth through the targeting of DACA. Often, in a whirl to condemn xenophobia and anti-immigrant animus, I will hear the refrain “we were all immigrants once.” Our Executive Director’s statement opened with a variation on this remark: “As Americans, we all have an immigration story.”

I understand the positive intentions behind these words and the point for serious reflection they call us to — that we may better shield and support all immigrants today. Yet, my fear is that phrasing like this unintentionally excludes important partners in our work for civil rights and racial justice. While strategically and contextually accurate for the Nikkei community, the idea that we all have an immigration story is flimsier than it may appear.

That is, not everyone came to this continent as immigrants. Some of those living in the United States have indigenous roots, tracing unbroken, familial relationships with this land back hundreds of generations. Others are the descendants of the forcibly enslaved, those stolen to this nation without consent. Still others were occupants of sovereign nations and kingdoms that were invaded and are continually crushed by illegal American occupation.

This conversation has played out in a Texas textbook’s euphemizing of enslaved Africans as migrant “workers,” as well as Ben Carson’s comment that black people came to this country as “immigrants.” Branding all American descendants of “immigrants” should give us pause. We should not trust claims that Native and African-Americans “immigrated” to the U.S. any more than we believe Nikkei willingly “evacuated” to paradisiacal camps.

We may be called to reflect proudly on our ocean-crossing ancestors. The only “immigration story” for many Native peoples, on the other hand, may be witnessing the devouring of their lands and lives at the hands of European immigrants. Inviting remembrance of our “immigration story” as a shared point of reflection is not a universally uplifting experience.

There are healthier starting points to begin to nurture multiethnic reflection and shared action. One such point may be honoring all our ancestors — enslaved, indigenous, as well as immigrant — many of whom fought ceaselessly against literal extinction and cultural exsanguination. Another may be to acknowledge our shared predicament now as people of conscience — as citizens and undocumented, as people of color and as those without it, as women, men and nonbinary folks — all numbering our days here in this churning, peculiar nation founded on genocide and enslavement.

As James Baldwin has said, history is the present: “We, with every breath, every move, are history. And what goes around, comes around.”

We are living in an age that reveals more nakedly than ever the living impacts of past conquests. For those of us with proud “immigrant stories,” we must wrestle with the fact that we, like our ancestors, are implicated in a settler colonial project — choosing each day to live, breathe and die on stolen land.

This conversation around dreams, dreamers and their destruction is immensely important. I celebrate the JACL’s willingness to tackle this conversation and bring as many coalition partners and allies along as possible.

Kenji Kuramitsu is the NY/SC Youth Representative of the JACL.