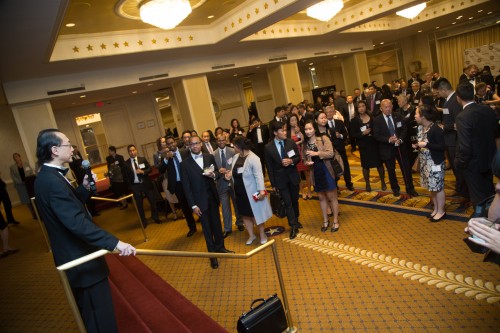 A Salute to Diversity Champions

Honorees were recognized for their work in civil rights, diversity and equality at the 2014 JACL National Gala Awards Dinner. 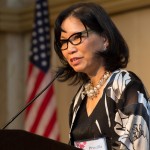 At the nation’s capitol, the JACL recognized individuals and organizations promoting diversity at the 2014 “Salute to Champions” National JACL Gala Awards Dinner on Oct. 9.

This year marked the 50th anniversary of the 1964 Civil Rights Act, a landmark act in promoting equality in American democracy, and also the 70th anniversary of the Korematsu and Endo decisions in the U.S. Supreme Court. The pair cases struck at the flaws in the institutional rights of Americans and inspired this year’s Gala Awards Dinner.

In a response to Fox News’ recent segment on “Cashin’ In” in which a panelist made statements justifying racial profiling and incarceration of Japanese Americans during World War II, JACL National Director Priscilla Ouchida took to the podium before guests noting that “we continue to work for developing new leaders on areas of diversity because it is so important that we have an American that embraces every segment of our society.”

Corporate honoree UPS received recognition for its strong support in investing diversity as a value. With nearly 400,000 employees and operations in more than 220 countries and territories, the logistics and shipment company has been a supporter of the JACL since 1995. 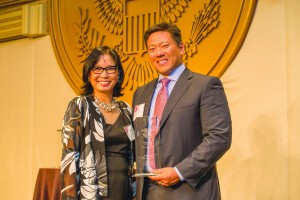 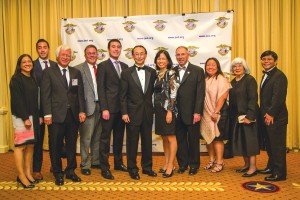 Asian American organizations and civil rights groups have applauded the writers for “tackling a topic that goes beyond a crime of the week,” “Hawaii Five-0” star Daniel Dae Kim said in a video statement to the gala attendees.

Lenkov and Solarz, as well as the show’s stars Kim and Alex O’Loughlin, were unable to attend and receive their award at the gala, but they filmed a short video segment to thank the JACL for their award and nomination. 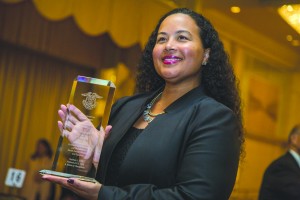 CBS VP of Diversity and Communications Tiffany Smith-Anoa’i accepted the award on behalf of the “Hawaii Five-0” crew and cast.

“This episode is the perfect example of television,” Smith-Anoa’i said. “It illustrates the power of television to serve and inform our viewers. It’s an important episode and thank you for your support.” 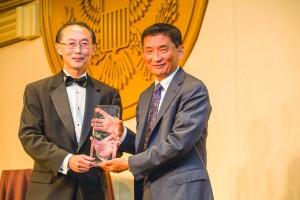 Bill Imada, founder, chairman and chief collaboration officer of IW Group, was among the individuals recognized as one of the evening’s champions for his work in multicultural communications, marketing, advertising, strategic public relations, cross-cultural training and crisis management.

JACL National President David Lin, who also is vp of IW Group, awarded Imada for his efforts as a “relentlessly promoted supplier of diversity and Asian American Pacific Islander businesses.” 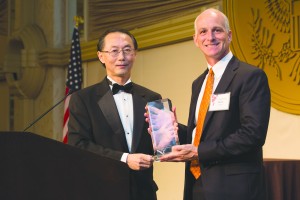 Congressman Adam Smith was awarded the JACL Congressional Honor for his work in promoting diversity. Smith represents the 9th congressional District of Washington state, which covers parts of Seattle and is noted as one of the nation’s highest concentrations of Asian Americans.

“The Japanese American Citizen’s League is the greatest group standing up for civil rights and discrimination. Nobody does it better,” Smith said. “ All things that make us different and the same re-emphasize that we need to stop discrimination anywhere and stand up for something everywhere. The notion that we can brand one group of people and that we need to eliminate them has no place in this nation.”

“Salute not just the champions but all of you as the Japanese American community as a whole,” Ouchida said. “Congratulations on the uplifting work that you have shown and the inspiring example you have set.”