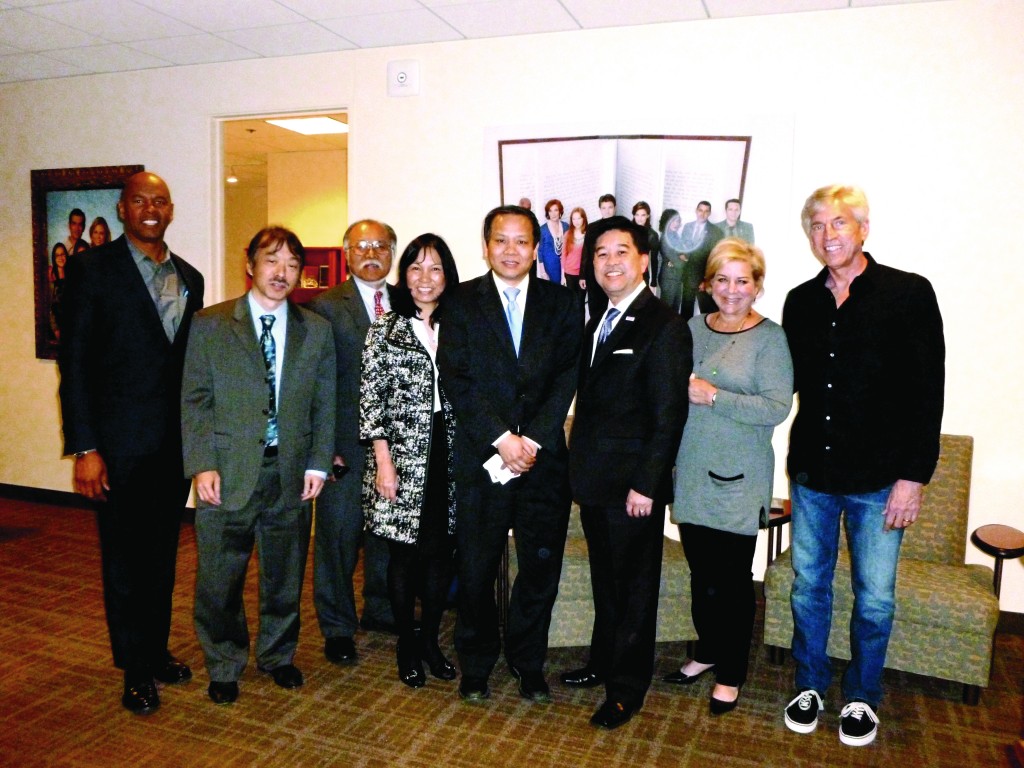 In response to a skit aired on the “Jimmy Kimmel Live” show on Oct. 16, 2013, ABC Entertainment Group President Paul Lee and other top ABC executives met with representatives of Asian American organizations on Jan. 24.

During the controversial October episode, host Kimmel held a “Kid’s Table” segment in which he posed the following question to four children: “America owes China a lot of money, $1.3 trillion. How should we pay them back?” One child immediately suggested, “Kill everyone in China.” Another child said, “If we don’t allow them to live, then they’ll try to kill us.”

The skit triggered national protests, and a White House petition drive garnered more than 100,000 signatures. Responses to the Oct. 16 episode included charges of racism and the promotion of genocide. Following demonstrations throughout the country, ABC issued a formal apology for the airing of the “Kid’s Table” skit, stating the segment should never have been broadcast. Host Kimmel also apologized on the air, in writing and personally met with concerned citizens to hear their viewpoints and to apologize. The “Kid’s Table” segment was pulled from all media and was discontinued for all future shows.

The Japanese American Citizens League and the Asian Pacific American Media Coalition negotiated the meeting with ABC executives to discuss the incident and formulate measures to prevent future occurrences.

According to ABC, the incident was the result of human error, and steps have been implemented to prevent future errors across the ABC spectrum. All material will be subject to review under a dual system that ensures broadcast standards are correctly met.

“ABC deserves praise for stepping up and taking responsibility,” said JACL Executive Director Priscilla Ouchida. “ABC demonstrated a willingness to view the portrayal of Asians in the media from a new perspective. The meeting enhanced the relationship between the Asian American community and ABC. The consensus is that this was a win-win-win for ABC, for concerned organizations and for the portrayal of Asians in network programming.”