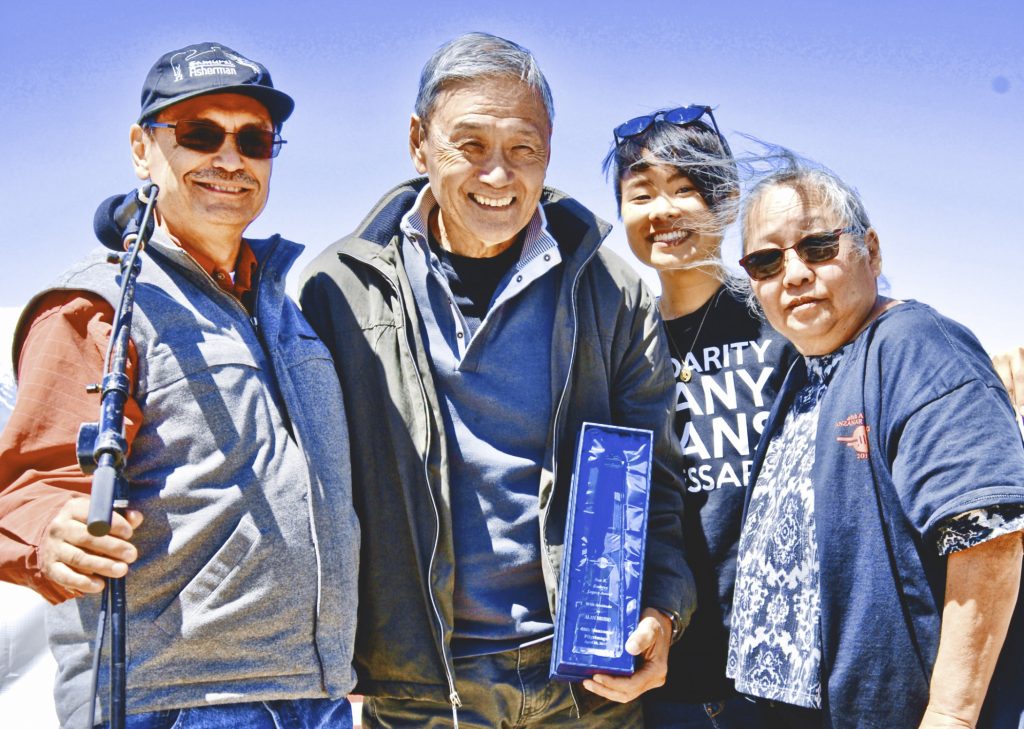 [Editor’s note: Since this story was published, the Manzanar Committee has announced the postponement of this event. Read more here.]

LOS ANGELES — The Manzanar Committee announced on Feb. 15 that longtime community activist and mentor Alan Nishio will be the keynote speaker for the 51st Annual Manzanar Pilgrimage, sponsored by the Manzanar Committee, which is scheduled for April 25 at the Manzanar National Historic Site, located in California’s Owens Valley.

Manzanar was the first of the American concentration camps in which more than 120,000 Japanese Americans and their immigrant parents were unjustly incarcerated during World War II.

Each year, more than 1,000 people from all walks of life attend the Manzanar Pilgrimage, including students, teachers, community members, clergy and former incarcerees. Planning is underway for the daytime event, as well as the annual Manzanar at Dusk program, which follows each pilgrimage that same evening.

Cultural performances will begin at 11:30 a.m., while the main portion of the pilgrimage will start at Noon.

Nishio, 74, was born on Aug. 9, 1945, at the Manzanar concentration camp. His activism and leadership work go back to the days of the Free Speech Movement in the late 1960s at the University of California, Berkeley, where he helped form the Asian American Political Alliance.

That work eventually led Nishio, and fellow activists, to form the Little Tokyo People’s Rights Organization, which fought to protect longtime residents and small businesses during the late 1970s redevelopment of Little Tokyo, when large Japanese corporations and local politicians attempted to gobble up a large portion of Little Tokyo without regard to the interests and needs of the community.

A pivotal figure in the successful fight for redress and reparations, Nishio helped found the National Coalition for Redress/Reparations (NCRR; now known as Nikkei for Civil Rights and Redress), serving as its Southern California co-chair from 1980-90.

Nishio has also played an important role with the Little Tokyo Service Center since its earliest years, having served on its board since 1984.

In addition, he has worked in higher education, helping found the UCLA Asian American Studies Center in 1969, serving as its director for more than two years. In 1972, he became an administrator at California State University, Long Beach, where he retired in 2007 as associate vp of student services.

“Alan’s impact on a wide range of issues, from the redress movement, as one of the principal founders of NCRR, to Asian American Studies, and the fight for affordable housing and to preserve Little Tokyo, is indelible,” said Manzanar Committee Co-Chair Bruce Embrey. “Even though he has received numerous awards and wide recognition, his impact on issues, organizations and as a role model for young activists is remarkable.

“The redress movement was a perfect blend of community organizing and legislative lobbying,” Embrey continued. “The broader Civil Rights Movement was both inspiring and instructive, and Alan always worked to build bridges to, and relationships with, other communities. His perspective and keen understanding of how we, a relatively small community, managed to win redress nearly 32 years ago is particularly relevant today. The expanded Muslim Ban, the constant assault on our democratic institutions and the rise of right-wing vigilantes threatens everyone’s rights. Alan’s life experience equips him to help us all understand what’s going on, as well as what we must do to defend and expand our civil rights.

“Although he has always said that the fight for social justice is a marathon, Alan’s activism and fighting spirit have always had the intensity and determination of a sprinter. Alan is uniquely qualified to speak at this year’s pilgrimage, given the political turmoil rocking our country. We are very proud and honored to have hi as our keynote speaker,” Embrey concluded.

Pilgrimage participants are advised to bring their own lunch, drinks and snacks, as there are no facilities to purchase food at the Manzanar National Historic Site. Water will be provided at the site, but participants are asked to bring a refillable water bottle that can be filled at refilling stations on site.

Those who wish to participate in the traditional flower offering during the interfaith service are advised to bring their own flowers.

Further details about the pilgrimage and the Manzanar at Dusk program will be announced at later date.

Bus transportation to the pilgrimage will be available from Los Angeles’ Little Tokyo. Reservations for the Little Tokyo bus will be accepted on a first-come, first-serve basis. The nonrefundable donation is $50 per seat. Complimentary seats are available to those who were incarcerated at any of the former American concentration camps or other confinement sites during WWII.

Bento lunches are also available for those traveling on the bus for $15 each.