From Sept. 29-Oct. 7, the delegation traveled to Tokyo, Kyoto and Osaka, where they exchanged ideas with Japanese political and government leaders, business executives, nonprofit leaders and academics to further enhance networks that can mutually benefit the U.S.-Japan relationship. 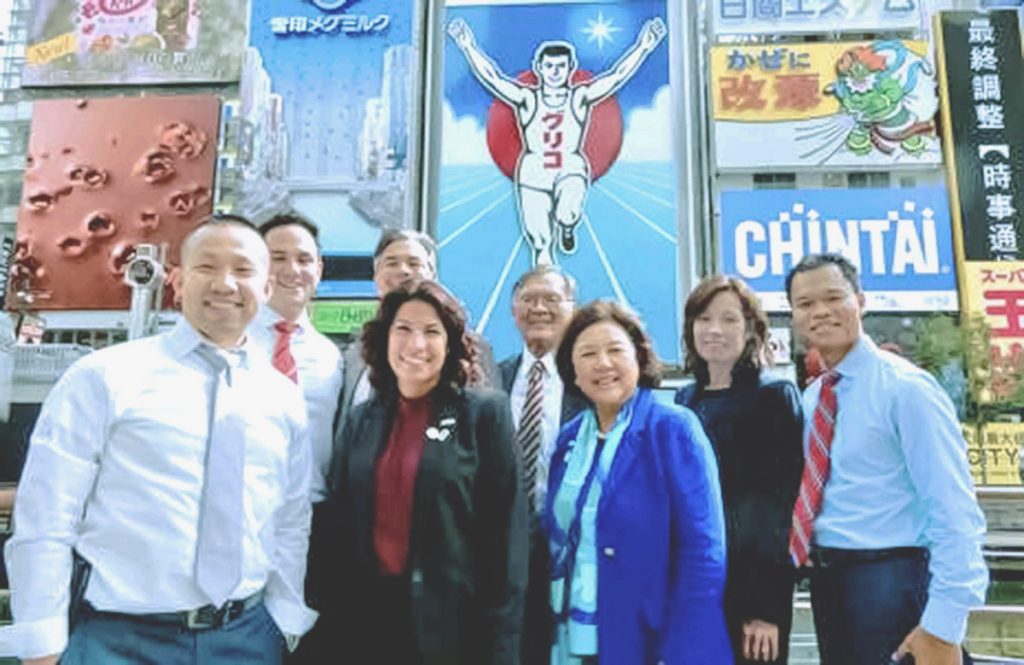 Government leaders the legislators met included Daisaku Kadokawa, mayor of Kyoto, as well as members of the Kyoto City Assembly, who shared Kyoto’s efforts in tourism and beautification; the president and vice president of the Osaka City Council, who discussed the city’s hopes for hosting the World Expo in 2025; and members of the Tokyo Metropolitan Assembly, who led a tour of the construction of the 2020 Olympic Village, the new Olympic Stadium and the route of the marathon, which highlights many parts of Tokyo; Joseph Young, deputy chief of mission at the U.S. Embassy in Tokyo; members of the National Diet; and officials at the Ministry of Foreign Affairs, with whom they discussed the U.S.-Japan security alliance and current threats in the Pacific Region.

The delegates also spoke at a panel discussion in Tokyo titled “Diversity in Leadership: The Journey of Asian American State Legislators,” which was co-hosted by the USJC and the Sasakawa Peace Foundation. The delegates shared their varied personal and professional journeys as Asian Americans, including their careers before becoming politicians. They also spoke about the importance of diversity in politics, especially how it relates to current events.

Assemblymember Bonta is California’s first Filipino American legislator. Rep. Johnson is a fourth-generation descendant of Okinawan and Chinese immigrants. Delegate Lam is a second-generation Chinese American. Rep. Mom was born in Cambodia and immigrated to the U.S. as a refugee from the civil war and Khmer Rouge genocide. Sen. Shiozawa is a third-generation Japanese American whose grandparents emigrated from Shizuoka. Rep. Stonier is Mexican American and Japanese American, and her uncles fought in the 442nd RCT in World War II.

The AALD is funded by the Sasakawa Peace Foundation and implemented by the USJC, a nonprofit organization dedicated to building people-to-people relations between the U.S. and Japan, in collaboration with the National Asian Pacific American Caucus of State Legislators.