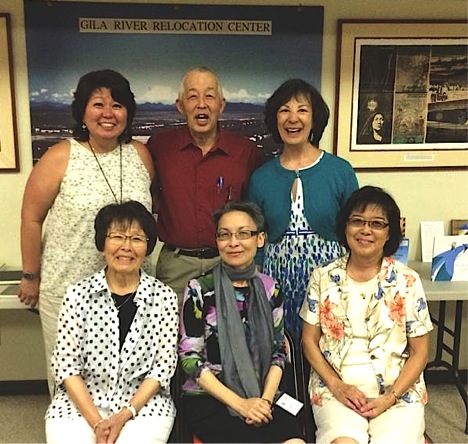 Courtesy of the Arizona Chapter’s interest in continuing the education component of the JACL, its board, led by President Donna Cheung and assisted by a cadre of volunteers, hosted a Teacher Training Workshop in the Grand Canyon State on March 28 that was also facilitated by Sharon Ishii-Jordan and Greg Marutani.

The workshop, which took place in the chapter’s Arizona Hall, also featured individuals who are part of Teach for America, a nonprofit organization designed to recruit
college graduates to teach in low-income communities.

Teacher participants were eager to learn about the Japanese American incarceration during World War II, as many educators viewed this piece of the nation’s history as an example of how all citizens must be vigilant in times of crisis where constitutional rights are violated due to war hysteria, economic greed and the failure of political leadership.

The passage of the Civil Liberties Act of 1988 formally apologized for those violations through a grassroots effort that demonstrated the strength of the U.S. Constitution.

A workshop highlight occurred when the teachers heard the personal stories of Dr. Richard Matsuishi, Joyce Saka and Cindi Kishiyama-Harbottle. Each speaker gave his or her own unique aspect of what happened to his or her families during World War II.

And thanks in part to John Sachen, the participants were also able to view a screening of director Robert Bates’ “Ganbare: Don’t Give Up,” which recounts the Japanese American experience in Hawaii.

Following the screening, Gladys Sallas shared her personal recollections of life during the war in Hawaii, which was under martial law following the attack on Pearl Harbor on Dec. 7, 1941.

The next Teacher Training Workshop will be held at Fort Snelling in Minnesota, hosted by the Twin Cities Chapter on April 24.