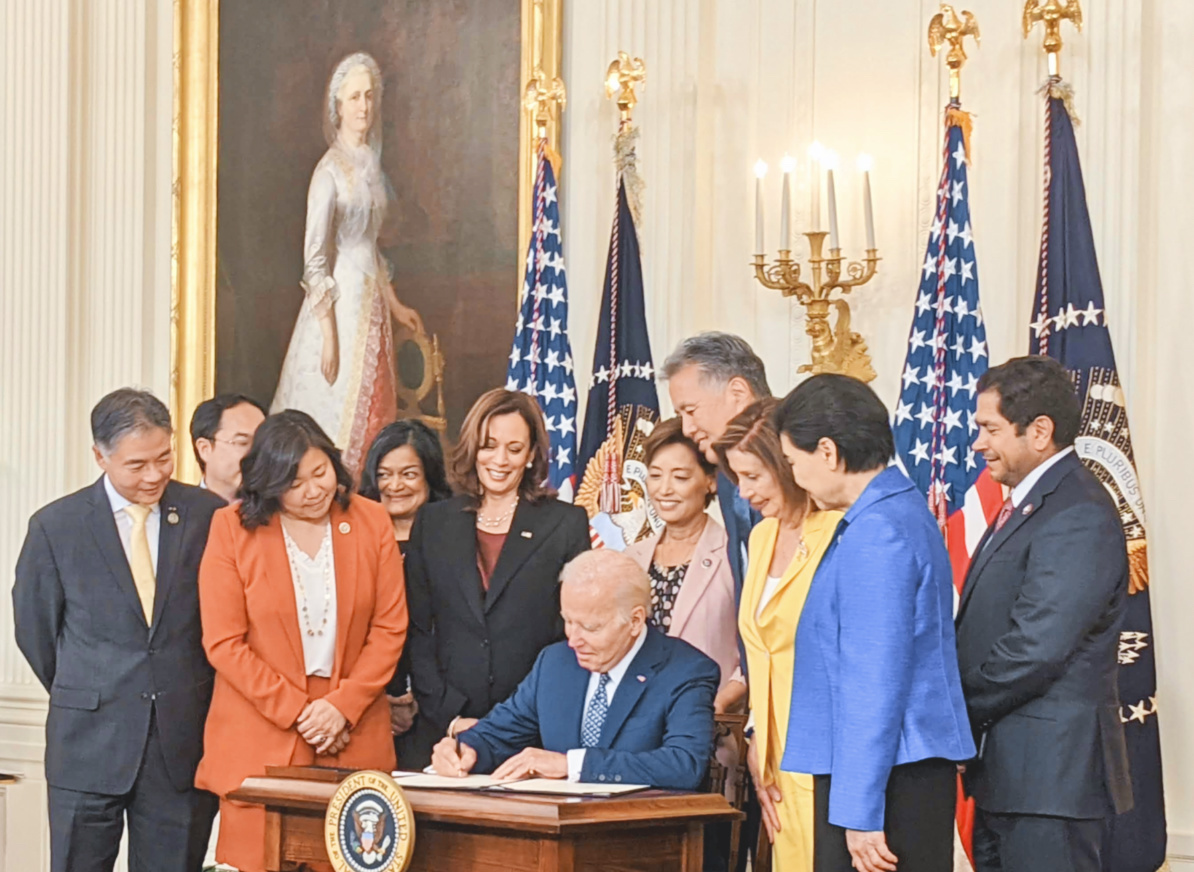 While we are cognizant of the fact that the development of such a museum will take time and much work, support and input from our own community, we are confident that the commission will be able to craft a plan that will make such a museum possible and help to share the stories of the Asian American community for generations to come.

Noted JACL Executive Director David Inoue: “We have been fortunate to have the National Museum of American History showcase our Japanese American history with recent dedicated major exhibitions. However, a museum dedicated to the history and culture of all Asian Pacific American communities will ensure these stories become a part of the permanent collection of what is shared in the Smithsonian, and the rich diversity of the Asian Pacific American community will be showcased for all Americans to learn and better understand.”

The bill was passed by the House in April, followed by the Senate in May during Asian American, Native Hawaiian and Pacific Islander Heritage Month.

“It’s about time for a national museum to capture the courage, the character, the imagination and, maybe from my perspective, looking at it from a little bit from a distance, the dreams and the heart and soul of the generations of our fellow Americans that came before you,” said Biden during the signing ceremony.

“ … Today it’s clear that the battle for the soul of America continues. That’s why a museum like this is going to matter so much. Museums of this magnitude and consequence are going to inspire and educate. More than anything else, it’s going to help people see themselves in the story of America.”

In a statement made via Twitter, Meng wrote, “I am ecstatic & overjoyed at this historic moment & honored & proud to have championed this crucial effort, especially after fighting for this legislation in Congress over the past 7 years. Asian Americans & Pacific Islanders have shaped our nation since its founding.”

We applaud Rep. Grace Meng (D-N.Y.) for her leadership and vision to bring us to this point and look forward to the appointment of the commission members and the initial steps they take toward making a National Museum of Asian Pacific American History and Culture a reality.